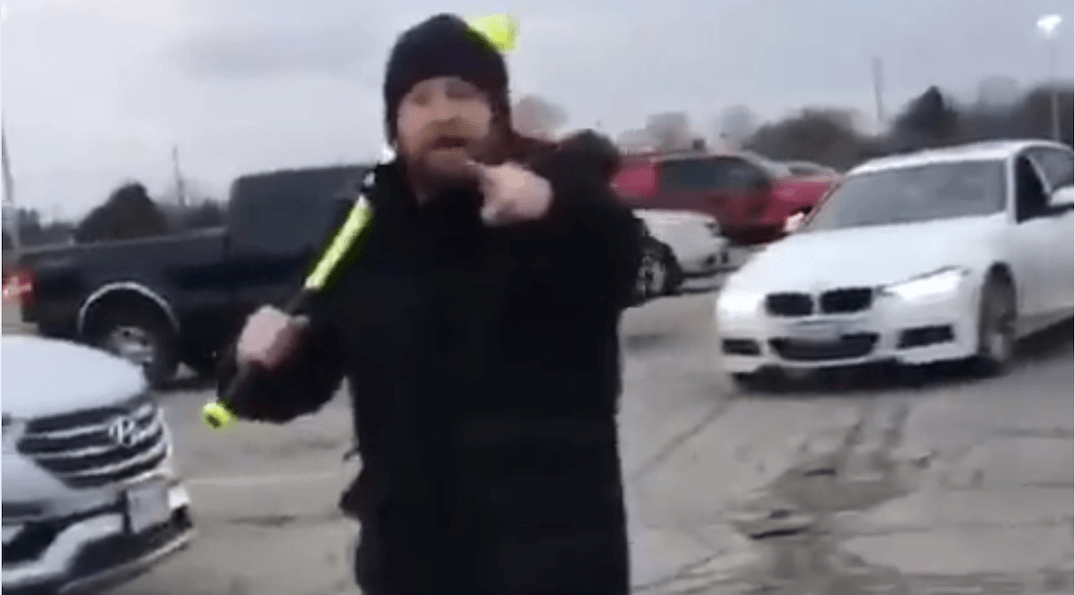 A 36-year-old male has been arrested following an allegedly racist incident in St. Thomas, Ontario.

Police say that on Thursday, December 7, at around 4:30 pm, they responded to a call in the parking lot at Elgin Mall. It was reported a male was attacking another male with a bat.

Prior to police’s arrival, the man fled the scene in a white BMW. But the victim’s son managed to record part of the racist confrontation on his phone.

The video has since circulated social media, and in it, a man is seen with his bat yelling “we got terrorists here” and “ISIS.”

According to a tweet from the family, they were talking in Spanish prior to the incident.

Based on the information from the family and other witnesses in the area, the Criminal Investigations Branch was called in and police say that they will continue the investigation “due to the severity of the incident and that there were claims of this being a racially motivated incident.”

The victim suffered a cracked rib as well as extensive bruising, and was transported to Elgin General Hospital.

At 9 pm Thursday night, a male suspect was found and arrested in south London. The suspect, whose last known address was in Toronto, faces charges of Aggravated assault and 3 counts of Assault with a weapon. He was held in custody pending a bail hearing on Friday.

Please note: These videos may be disturbing to some viewers.