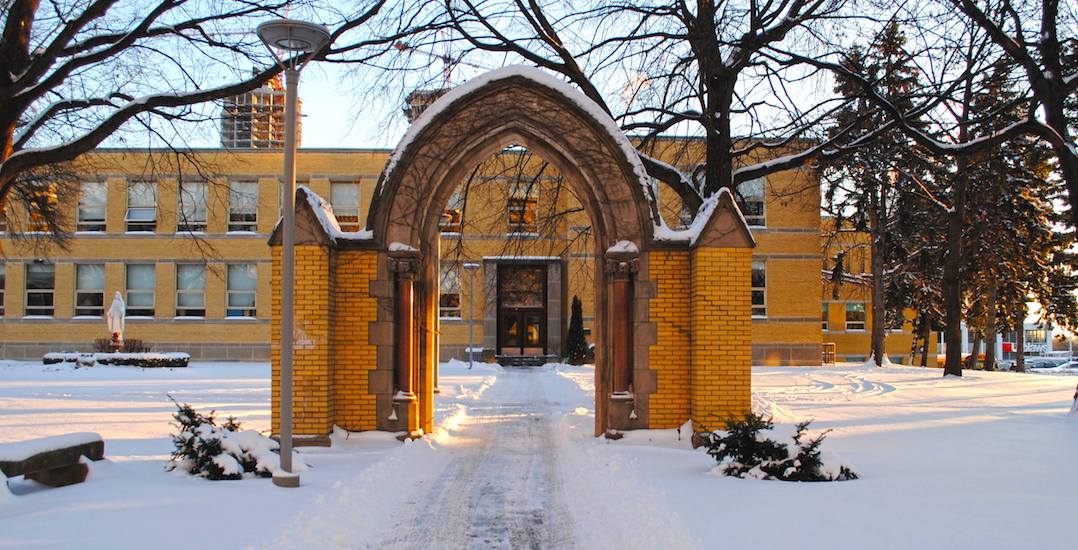 Six boys have been charged in connection with the alleged group sexual assault at St. Michael’s College School, according to the Toronto police.

At a press conference at Toronto police headquarters, Deputy Chief James Ramer and Inspector Dominic Sinopoli, Unit Commander of Sex Crimes told members of the media that five individuals turned themselves into police and one was arrested on his way to school Monday morning.

All six boys are facing multiple criminal charges, including assault, gang sexual assault, and assault with a weapon, and will be considered young offenders.

Police said the assaults, which the school was initially made aware of last Monday, were videotaped and circulated on social media.

Inspector Sinopoli said police are now actively investigating all incidents and that this will be a “complex investigation” and police will lay additional charges as necessary.

Sinopoli said police are now looking into three other separate incidents at the school, one alleged sex assault that was videotaped, and two assaults. He added police believe there may be more videos circulating on social media and more victims.

Sinopoli also said students at the school are being “targeted” on social media and in public and the sergeant warned members of the public that investigators are monitoring social media.

Additionally, Sinopoli said distribution of child pornography charges could still be laid in the case.

Amid charges being laid, the school received a bomb threat Monday morning ahead of the police press conference that Principal Greg Reeves was expected to speak at. He was required to return to the school.

The entire student body and faculty were immediately evacuated from school premises following the threat.

This is the second threat the school has received since last week.

In a statement, Principal Reeves said, “Recent incidents at our school are offensive to everything we strive to teach the young men of St. Michael’s.”

“The victims of these horrendous acts are being supported and cared for.”

“We believe charges are absolutely appropriate in these circumstances. We will continue to work in full cooperation with the police as they continue their investigation and we are at their disposal.”