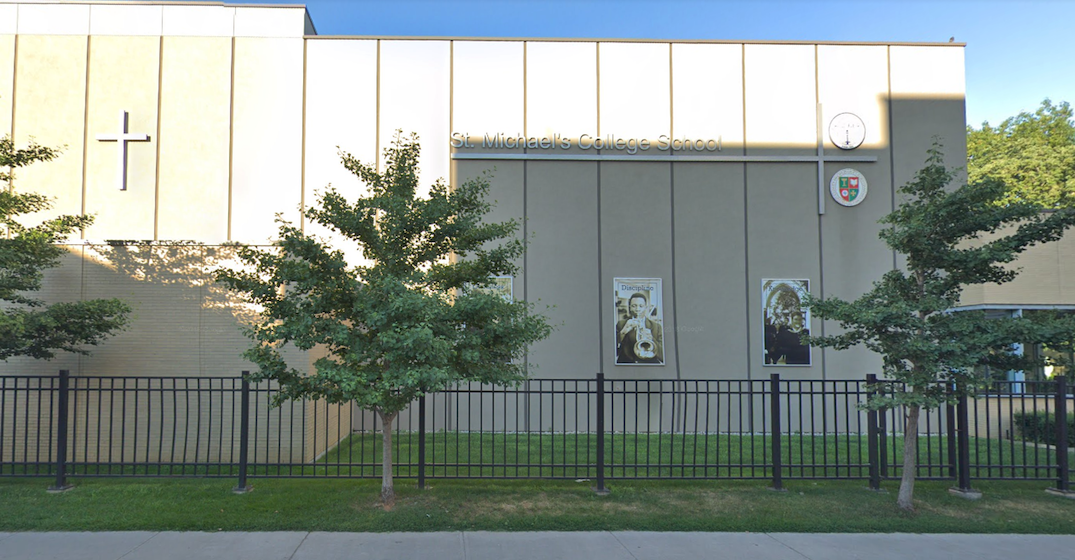 According to the Toronto police, on Wednesday, November 14, officers from 13 Division and the Child and Youth Advocacy Centre were made aware of the alleged assaults.

Since then, investigators have been working cooperatively with the school’s administration and, as a result, a number of occurrences involving incidents of alleged assaultive and sexually assaultive behaviour have been brought to light.

In a statement from St. Michael’s released Friday, which details a timeline of the past five days, the school revealed it has become aware of a third incident.

The statement also said Toronto police informed the school about a security threat and provided uniformed and plainclothes officers as extra security on campus on Thursday.

Additionally, the school said eight students from St.Michael’s have been expelled and another suspended in connection to the alleged attacks that police classified as child pornography.

At this stage, police believe there may be other victims and witnesses, and are encouraging anyone who has not yet spoken to investigators to come forward.

Although the school hasn’t confirmed which students were involved in the incidents, according to the timeline, school administration and football coaches have met with parents and members of the junior football team.