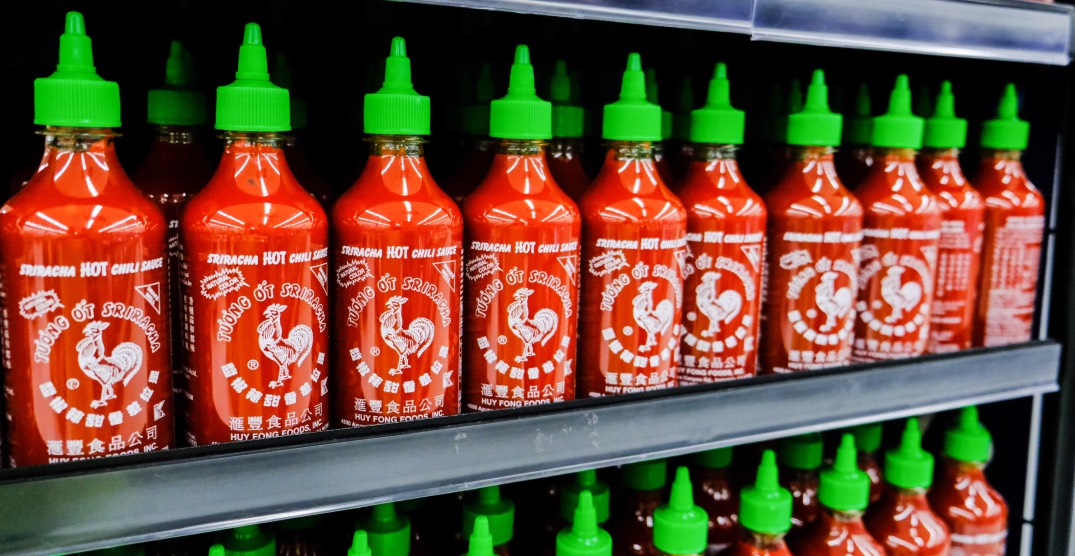 Sriracha Hot Chili Sauce, made by the California-based Huy Fong Foods, is one of the most popular hot sauces in the world.

Back in July of 2020, the company was experiencing a shortage of chili pepper inventory, and now, it’s dealing with the same issue.

There is now another “severe shortage of chili” and the company has halted production on some of its most popular products, most notably, Sriracha Hot Chili Sauce.

“Unfortunately, we can confirm that there is an unprecedented shortage of our products,” Huy Fong Foods told Dished in an email.

“We are still endeavoring to resolve this issue that has be caused by several spiraling events, including unexpected crop failure from the spring chili harvest.”

“We hope for a fruitful fall season and thank our customers for their patience and continued support during this difficult time.”

On April 19, 2022, the company sent out a letter informing customers of the situation.

“Currently, due to weather conditions affecting the quality of chili peppers, we now face a more severe shortage of chili,” Huy Fong Foods stated in the customer letter.

“Unfortunately, this is out of our control and without this essential ingredient we are unable to produce any of our products.”

Huy Fong Foods also stated in the letter that if any orders were placed after April 19, 2022, they won’t be fulfilled until after Labour Day, September 6, 2022.

That means it’s unclear when Huy Fong Foods will be ready to start production again, but it looks like it could be September at the earliest.

The hot sauce producer has advised its customers not to promise consumers products unless they have product in stock.

“We will not accept any new orders to be placed before September as we will not have enough inventory to fulfill your order,” Huy Fong Foods stated.

Twitter reactions to the realization there would be a halt in Sriracha have been strong.

If you’re crazy about sriracha sauce, buy an extra bottle now. Hoy Fung had to stop production chiles are in such short supply because of the weather. h/t @axios https://t.co/8iFlhSBTsQ

“This might be the worst food news all year,” commented another.

@THK05 tweeted out, “I have been informed that there will be a Sriracha shortage and now I’m SICK!”

“If something like Sriracha shortage is getting you all worked up, you seem to have no idea how bad this climate thing is going to get in the coming decades,” stated one person on Twitter.

The sriracha shortage is becoming real. One of my many true loves, separated from me.