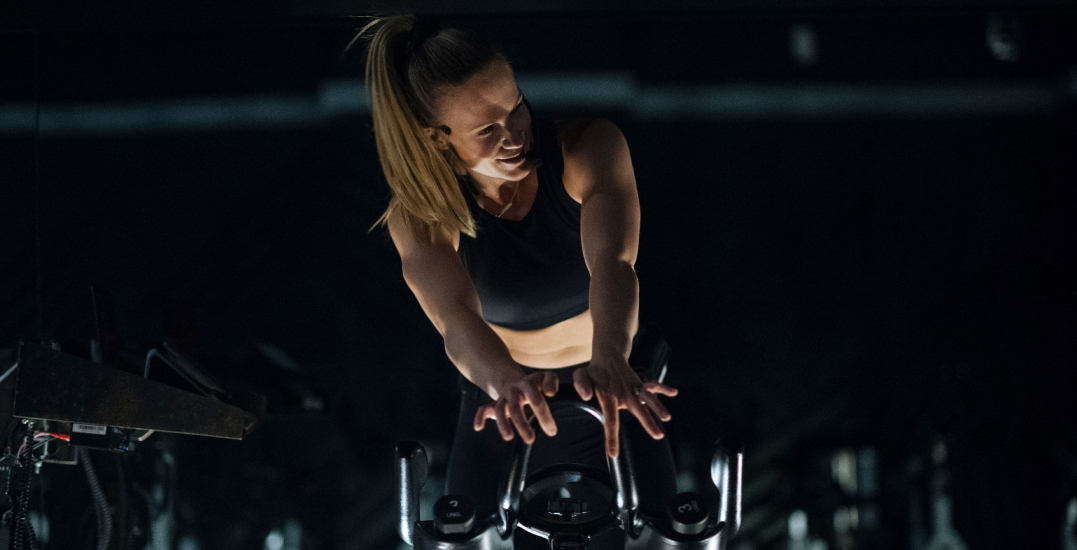 Fitness studio, 6IX Cycle, has long been a local favourite, offering a variety of spin, HIIT, bootcamp, and lifting classes. As an active person who generally prefers getting sweaty in solitude (without the gaze or judgment of others), I’ve relished in the unpretentious, accessible atmosphere of their spin classes.

Their classes and instructors have a unique way of encouraging you to push yourself in a way that isn’t oppressive or intimidating — something I’ve grappled with at big-box studios. While attending classes, I actually feel compelled to just focus on myself, finding my own stride and personal best, while grooving to the beat and enjoying getting a good sweat on.

We recently caught up with 6IX Cycle owner, Julie Harrish, to get the full scoop on the inspiration behind the local cornerstone and how, in light of the ongoing pandemic, the studio is making it possible to celebrate movement from home — anytime, anywhere.

When asked to describe herself, Harrish immediately declares herself a “Pisces” and self-proclaimed “cat lady” in every sense, but — above all — it’s her deep love for all things fitness that defines her. 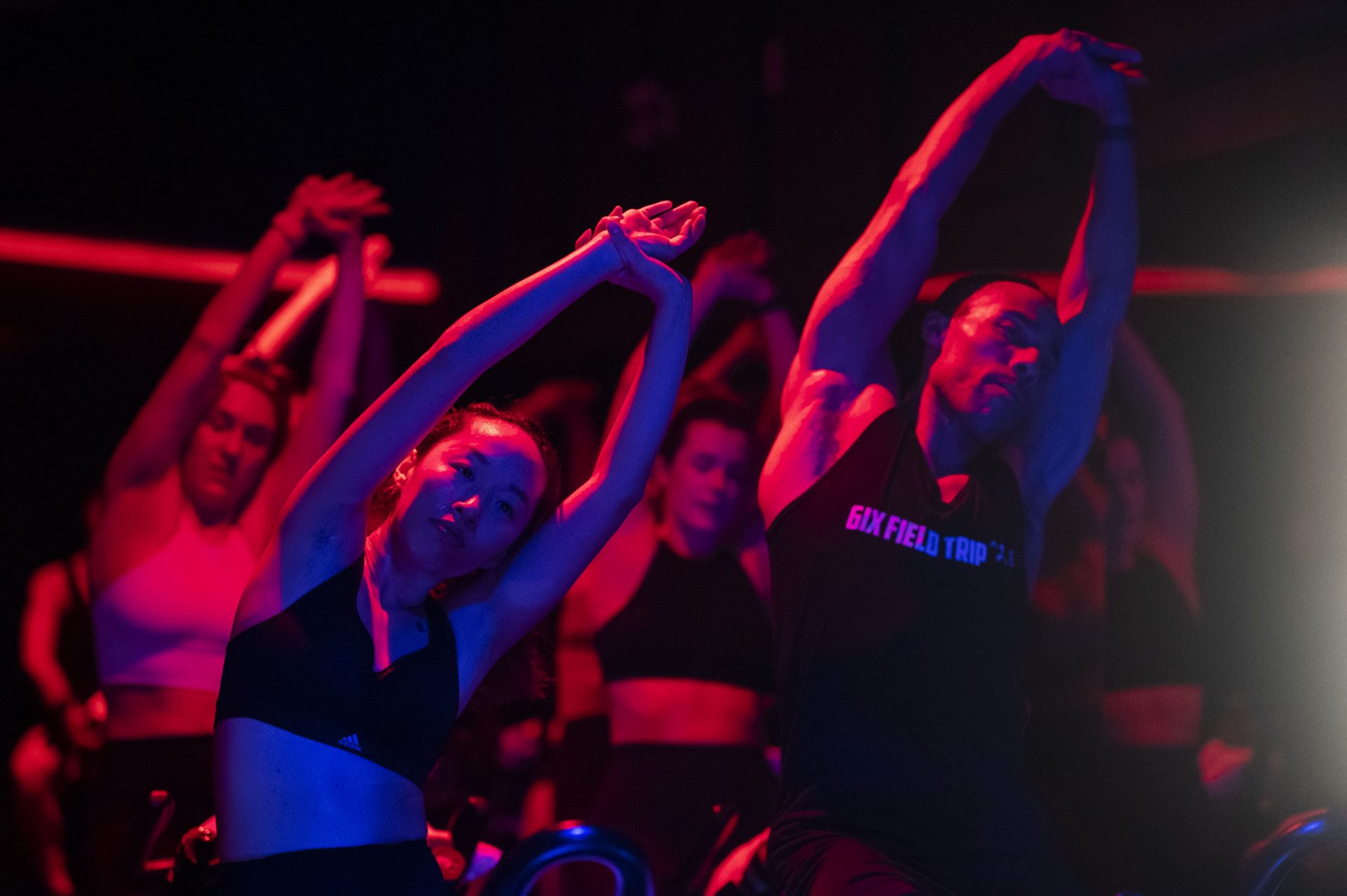 After growing up in Southern Alberta and establishing a prominent career in Calgary’s oil and gas industry, she often found herself the “first and only female in many roles.” Ultimately, “it was in these positions that I developed a passion for inclusion, women’s empowerment, and combatting imposter syndrome,” she says.

It wasn’t until she discovered spin in 2013 and became an instructor the following year that the notion of opening her own fitness studio took hold while on a business trip to Toronto. “Not long after that, my husband Sheldon and I bid the life and careers we knew in Calgary goodbye, and packed our bags for a new city and a new dream,” she tells us.

And, just like that, 6IX Cycle was born out of a desire to share her passion for fitness and movement, allowing others to show up as they are, “with instructors that would challenge, inspire and support them each and every class.”

In her own words, “movement is medicine and exercise should be treated as a celebration of our ability to move, rather than a punishment for something we did or didn’t do.” From the onset, it was integral that people attending classes be able to find a style and instructor to connect with. 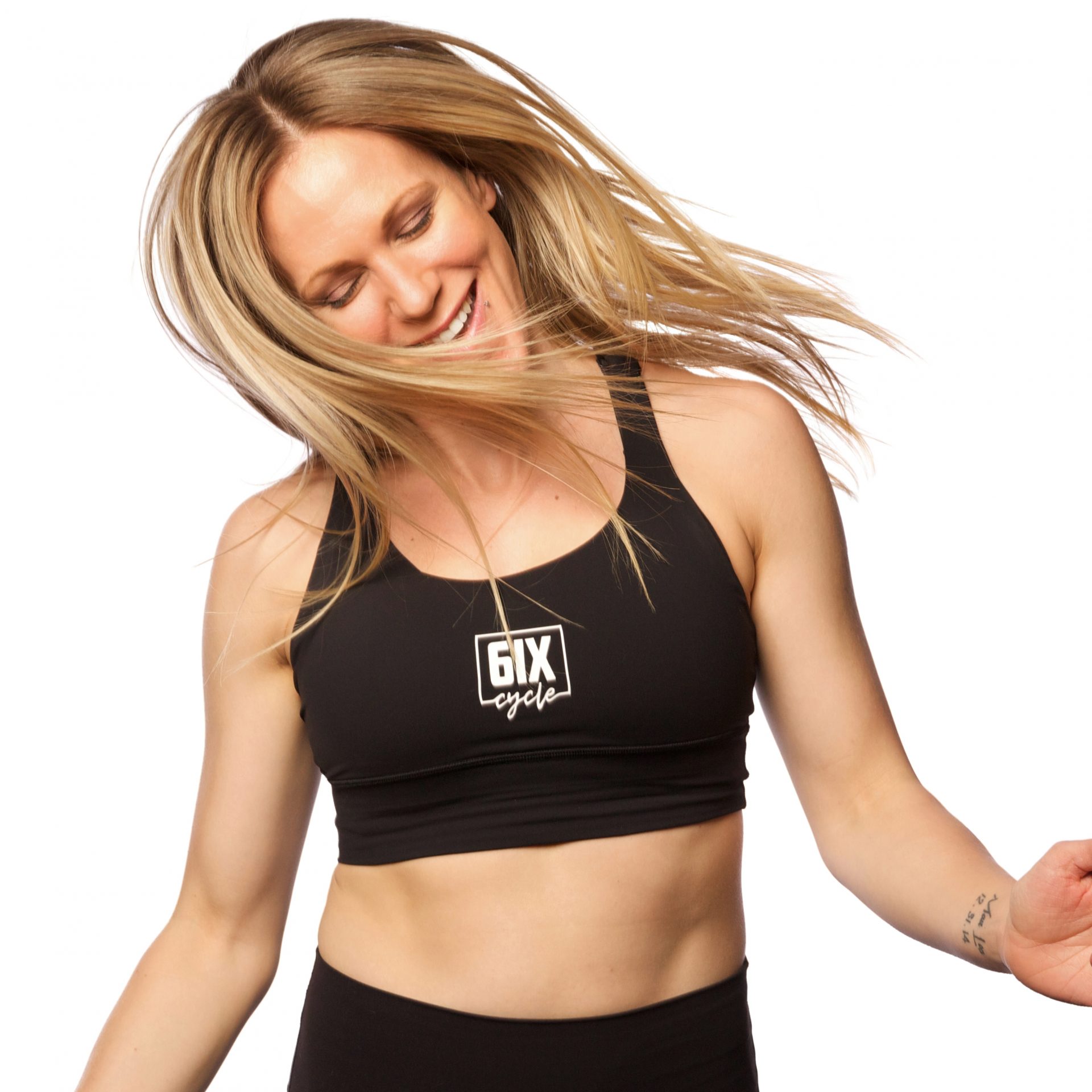 But being a business owner in downtown Toronto hasn’t been without its hardships — and when the city first entered lockdown last March, Harrish “had no idea what we were up against.”

In an effort to prepare for the “worst-case scenario,” Harrish pivoted quickly, renting out all of the studio’s bikes and testing out multiple online platforms before settling on the right one.

In April, the studio launched 6IX On Demand, a virtual subscription platform that would allow members to continue riding and moving from their living rooms. “The platform has continued to evolve adding off-the-bike strength, HIIT, and yoga classes,” she adds.

“To say this hasn’t been easy would be an understatement,” she says, but through it all, “a whole new level of resiliency and work ethic” has emerged. Despite the stress and adversity, Harrish and her husband were able to adapt and keep things afloat — even managing to expand their offerings to include yoga-inspired movement classes.

“I recognized fairly quickly that yoga studios in Toronto weren’t very diverse, and yoga itself often wasn’t very accessible or appealing to people who didn’t already love it. 6IX Flow was created to break down those barriers and offer an inclusive and inviting space for people to move their bodies in a new way,” she says.

The music-driven classes are a more vibrant take on yoga that allows people to tune out the outside world and turn inward. 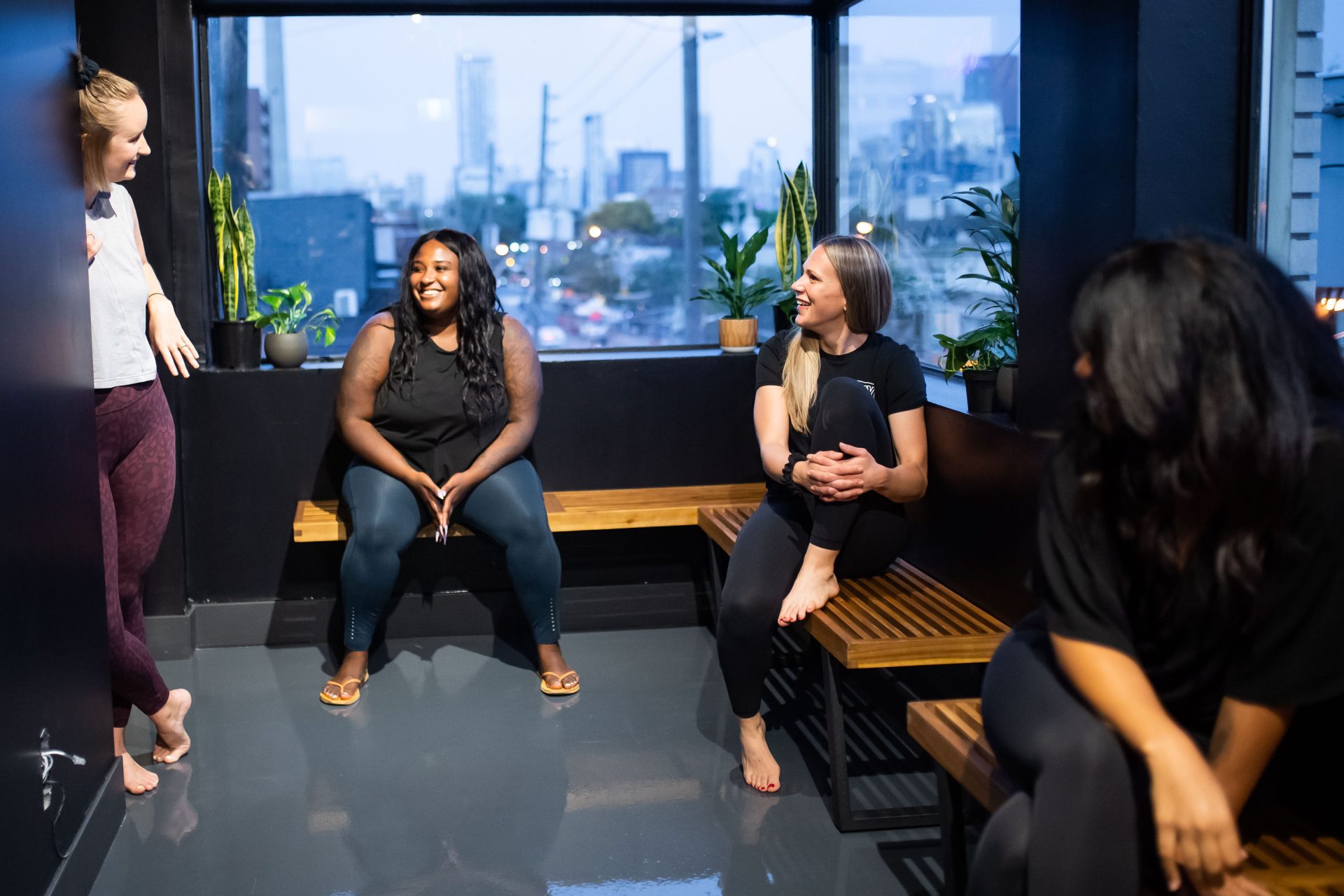 Today, with the new platform in place, locals can get their sweat on in their favourite classes from home. Though, Harrish recommends turning the lights off for that in-studio feel, noting that they “record each class in the studio using the studio lighting system to help bring the in-studio vibe to our riders’ living rooms.”

On a parting note, Harrish emphasizes the importance of supporting small business owners throughout this challenging time. “Every time you shop local, take an on-demand class, share your experience on social or with friends, or simply reach out to your favourite business to offer a kind message, I promise you, it does not go unnoticed,” she says.

Until in-person classes resume, you can check out 6IX Cycle’s On-Demand classes at 6ixondemand.vhx.tv — the first week is free!