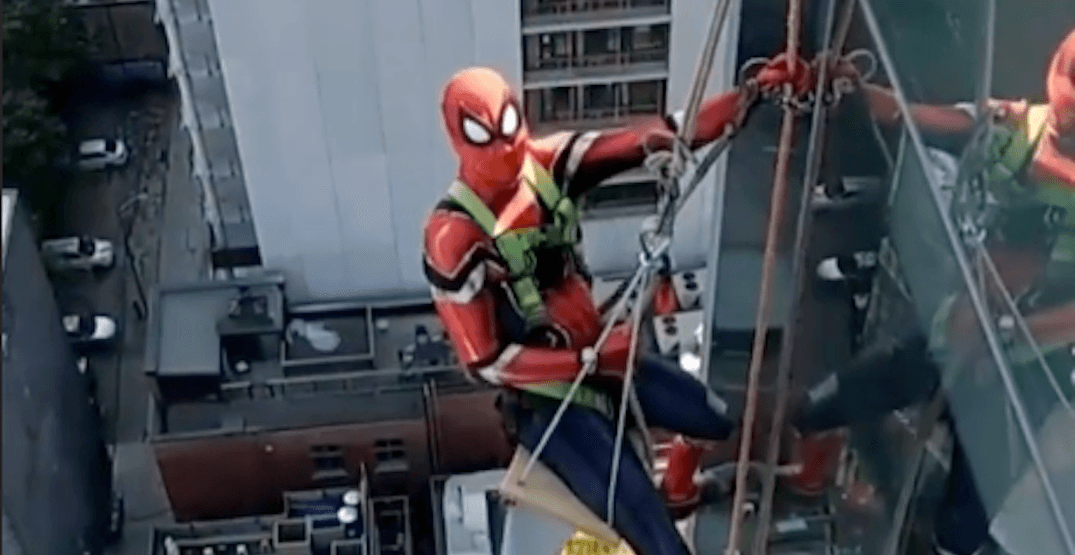 Spiderman does whatever a spider can.

And today we’ve learned that the masked hero isn’t half-bad at scaling buildings to clean windows, while he’s not out there spinning webs and fighting crime.

In a video posted by ChuBoi on Twitter, it appears that Spiderman is spotted sparkling an exterior window — at least a dozen storeys high — of a building on Peter Street facing Queen Street.

Bro why am I watching SpiderMan cleaning windows at 10am in Toronto? 😂😂😂 pic.twitter.com/TooYLSVOnU

Though one could quickly get excited hoping that this is the same Spiderman who was caught webbing off the corner of Queen and Spadina earlier this summer (there can be only one Spiderman after all), Daily Hive actually learned that this was all a stunt for Fan Expo kicking off in Toronto next week. 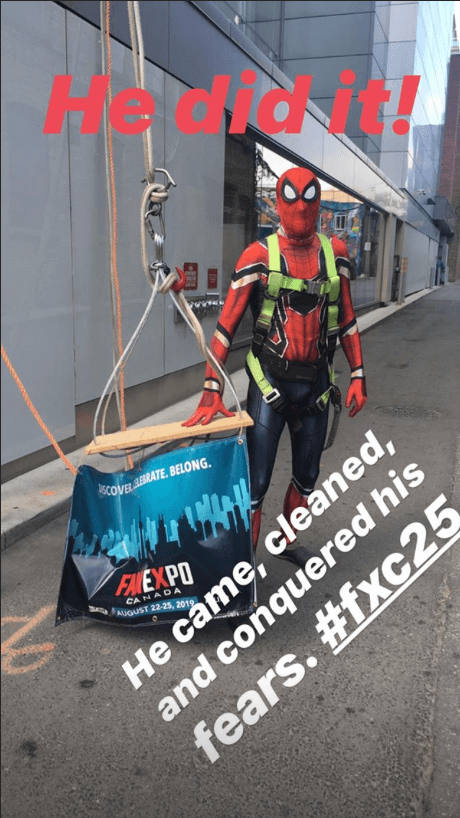 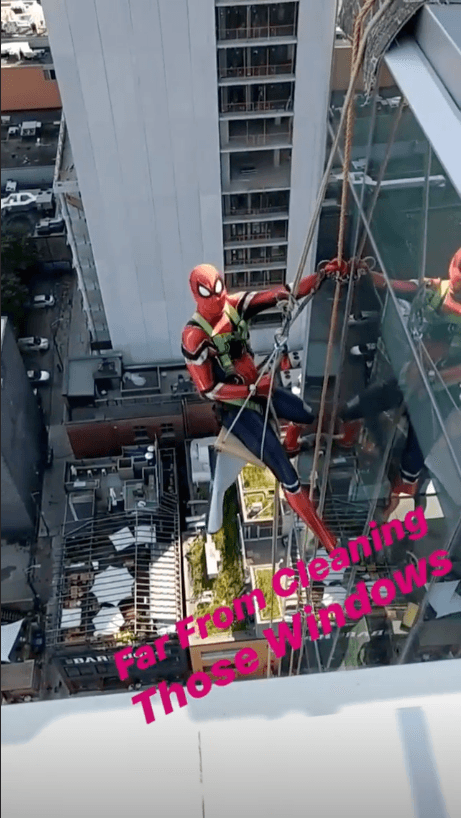