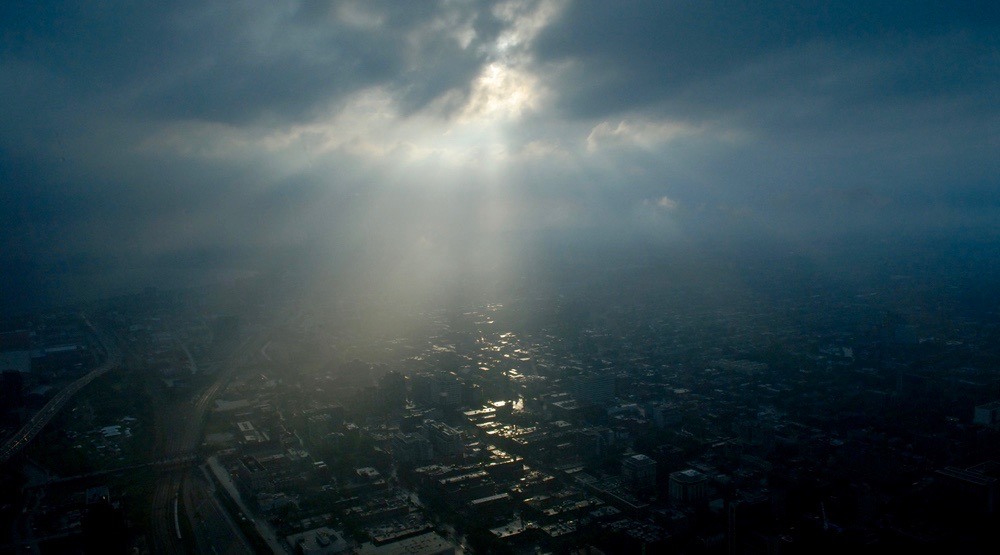 It seems February is intent on going out with a bang.

So much so that later tonight Toronto could be in for thunderstorms. In the meantime however, the city will be subject to between 15 to 25 mm of rain.

Certainly not an overwhelming amount, but combined with the ground’s current inability to “to absorb further rainfall due to recent rains and snowmelt” it could result in a build up of rain water all over the city.

Rain is expected to continue throughout tomorrow as well.

Environment Canada’s full statement for the City of Toronto below:

Rain is expected to spread across southern Ontario from west to east tonight and taper off on Wednesday. Although rainfall amounts are not expected to be overly significant, the ground has a reduced ability to absorb further rainfall due to recent rains and snowmelt.

General rainfall amounts of 15 to 25 millimetres are likely, though isolated spots may see higher amounts, especially in areas that receive thunderstorms.

Caution is advised near creeks. Ponding of water may occur in some areas as well.