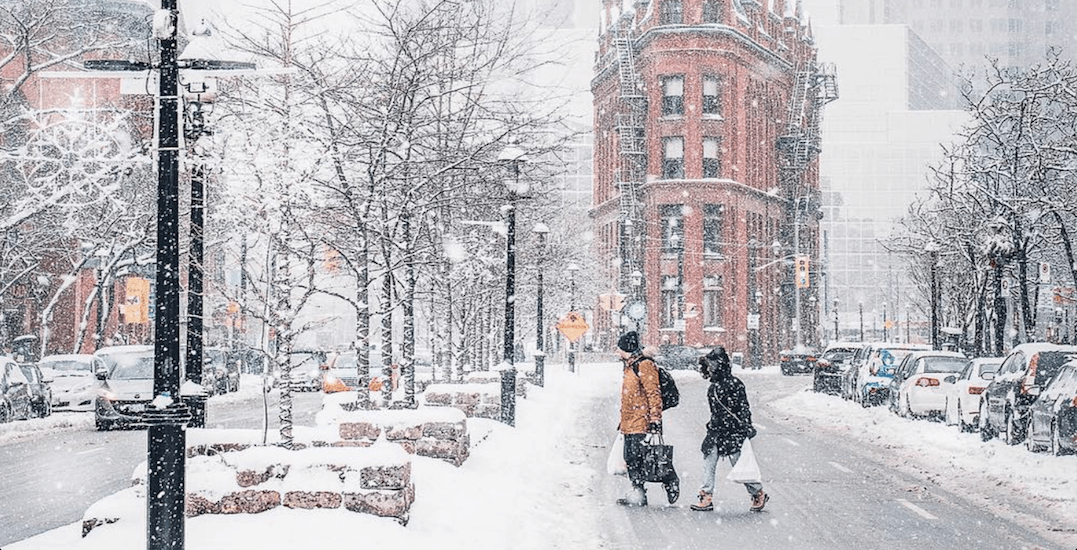 Expect a cold and messy day outside as Toronto is under a snowfall warning as well as an Extreme Cold Weather Alert.

Wednesday’s commute will be tricky, as Environment Canada has forecasted heavy snowfall on and off all day until approximately 7 pm.

According to the snowfall warning, there will be near 15 cm in Toronto today, and snow will continue all day before ending later tonight.

As well, locally higher amounts of 20 cm are possible near the west end of Lake Ontario.

“The heaviest snow is most likely to fall this afternoon, resulting in a significant impact on the commute home late in the day. Motorists should allow extra time to reach their destination,” reads the warning.

Environment Canada also warns that rapidly accumulating snow could make travel difficult over some locations. Visibility may be suddenly reduced at times in heavy snow. If visibility is reduced while driving, turn on your lights and maintain a safe following distance.

Meanwhile, the City of Toronto issued an Extreme Cold Weather Alert on Wednesday morning too.

Extreme Cold Weather Alerts are issued when the temperature in the daily forecast is estimated to reach approximately -15 degrees Celsius or colder, or when the wind chill is forecast to reach -20 or colder. 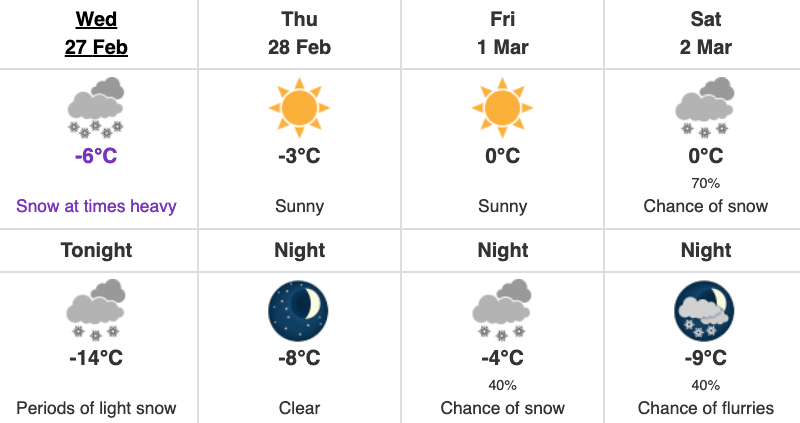 Wednesday’s high is expected to reach -6°C, but with the wind chill it feel closer to -17°C.

Tonight’s low will feel like -18°C, so bundle up out there, kids.