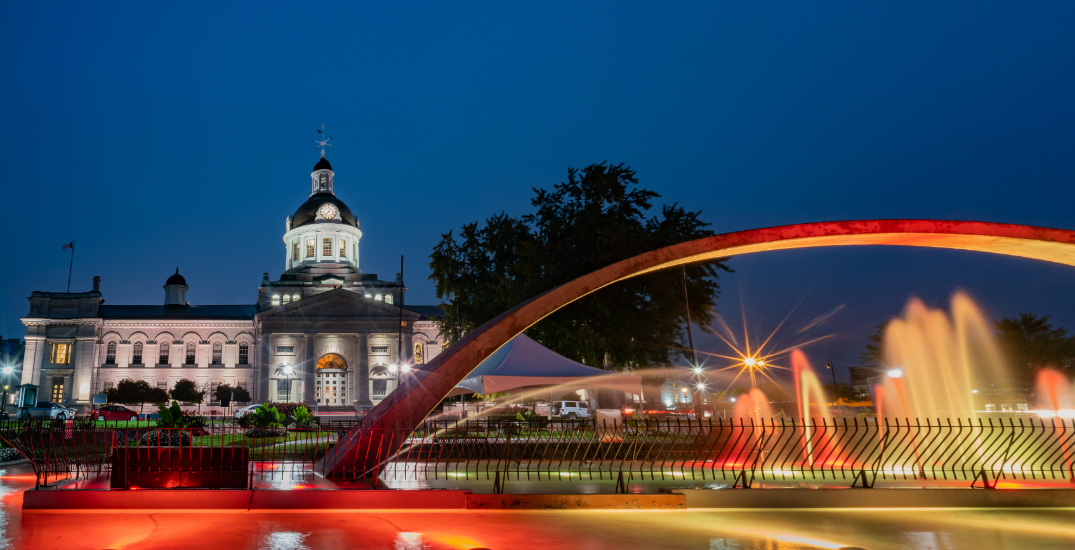 Small cities have only grown in popularity over the last two years, and 10 spots in Ontario have been ranked as some of the best in Canada.

The ranking by Resonance Consultancy rounded up the 25 best small cities in the country and is based on six key metrics: Place, Product, Programming, Prosperity, People, and Promotion.

The ranking has named Victoria as Canada’s best small city, followed by Kelowna. Ontario’s own Kingston took third place on the list.

Check out which other small Ontario cities made the cut below.

“Few Canadian cities—large or small—have the soul, the influence and the sense of place of Kingston,” the ranking reads.

Kingston also ranked in the top five in the Sights and Landmarks subcategory, due in part to Fort Henry, one of Ontario’s only UNESCO World Heritage Sites, and its proximity to the Thousand Islands National Park.

The superb selection of local boutiques earned Kingston first place in the Shopping subcategory, and its ever-growing popularity made for the top spot in the Google Search subcategory.

Niagara Falls is on a post-pandemic comeback trail, ranking first in Promotion, fourth in Programming, and eighth in Place.

The honeymoon capital of the world also nabbed first place in the Family-friendly Activities subcategory and second in Theatres. Unsurprisingly, the Falls took third in Sights and Landmarks and fourth in Parks and Outdoors.

“Every country claims to have its own Silicon Valley, but when it comes to Canada, Waterloo walks the talk,” Resonance wrote.

The birthplace of Blackberry (and more than 1,000 other companies) nabbed first place in People, as well as in several subcategories, including Young Adults, Educational Attainment, and Employment in Educational Pursuits.

Waterloo took seventh place in Promotion and ninth in Product.

Nestled between Oakville, Hamilton, the Niagara Escarpment, and Lake Ontario, Burlington offers “small town charm” in a strategic location – it took the 11th spot in Place.

With a “distinct livability,” the city tied for first place in the Safety subcategory and second in Restaurants. Burlington also took seventh place in Programming and ninth in Promotion.

Framed by the confluence of the Speed and Eramosa Rivers, and not far from the stunning Rockwood Conservation Area, picturesque Guelph ranked fourth in Instagram Hashtags.

The city’s built environment, including the abundance of regal Victorian-era limestone buildings and more than 20 churches, earned it sixth place in Sights and Landmarks. It also took sixth place in Programming.

Home to one of the most specialized universities in Canada, Guelph took fourth place in Employment and Education, 12th in Educational Attainment, and 13th in Young Adults.

People are clearly taking notice—the city finished in the top five for both Google Search and Google Trends, which propelled it to fifth place overall in Promotion.

From the Niagara Escarpment to the Kelso Conservation Area to Glen Eden, Milton is as scenic as a small city can get.

Milton also took second in Population Growth: the city expects to double its current population of 138,495 by 2031. It took 14th in

“The gateway to Toronto’s Cottage Country” took fifth place in Programming and sixth in Promotion. Barrie’s abundance of nature, including Centennial Park and Lake Simcoe, earned it 12th place in Parks and Outdoors.

With award-winning breweries and countless restaurants, Barrie is a “culinary treasure trove,” and took second place in Restaurants.

A post shared by The City of Thunder Bay (@cityofthunderbay)

The largest city in Northwestern Ontario, Thunder Bay is a “special blend” of the great outdoor and great healthcare.

Tucked on the shores of the world’s largest freshwater lake and nestled within boreal forest and the Canadian Shield, Thunder Bay has “more wilderness than you’d find in some whole countries.” A scenic setting which earned the city sixth place in Parks and Outdoors.

With more than 2,200 businesses, the city ranked 12th in Self-employment and took third overall in People. It also nabbed ninth in Home Ownership and 14 in Prosperity.

The largest city in the Niagara region, St Catharines is just a 90 minute drive from Toronto and a half hour from Niagara Falls and the US border.

Thanks to the dozens of award-winning vineyards, the city earned fourth place in Restaurants, while the Meridian Centre, FirstOntario Performing Arts Centre, and Warehouse Concert Hall propelled it to eighth place in Programming.