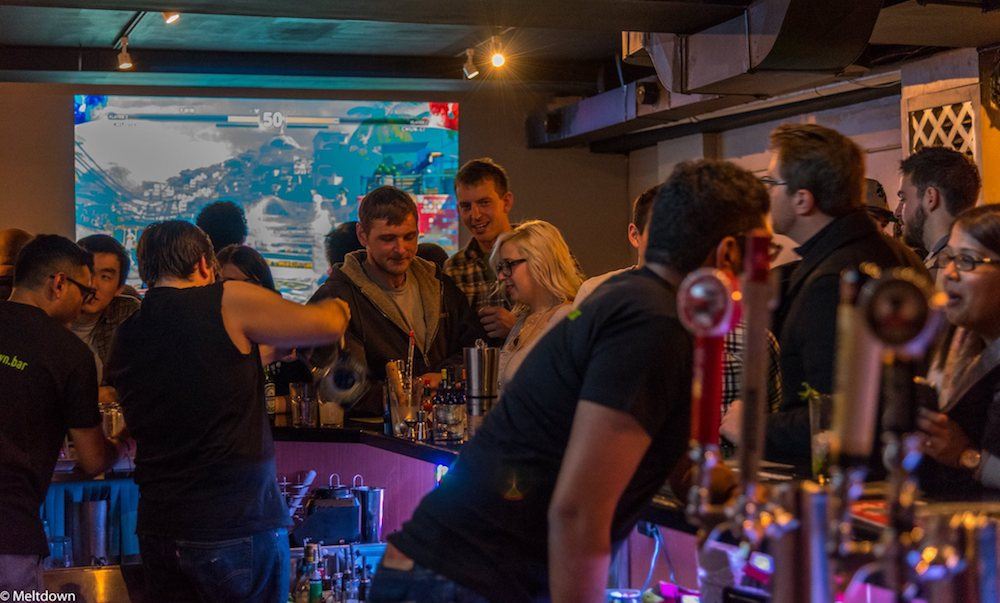 Siri can help you text someone, for example, or she can help you find things. And for the most part, Siri is great at directions or recommendations.

But for some reason, she has one of her facts wrong in Toronto.

A reddit user outlined Siri’s unfortunate mistake. Apparently, Apple users in Toronto looking for prostitutes who ask Siri where to go get referred to one Meltdown Esports Bar in Little Italy.

The problem is (well there’s more than one problem here, but we digress) that there are no prostitutes at the location.

In an imgur post, someone from the gaming bar said that they have been getting weird calls lately.

We sometimes get calls really late night from people looking for escort services. Today, a guy called up at 3 am saying he found our number through Siri and was asking explicitly for prostitutes. I think I found the root cause of these calls. Thanks Apple.

Naturally, we tried asking Siri the same question (pro tip: if you want to ask Siri where you can find prostitutes, don’t do it in front of your full office and when they start laughing at you simply respond that you’re doing research), and she gave us the same answer.

So just remember, if you’re using Siri to find prostitutes in Toronto, you simply can’t trust her. 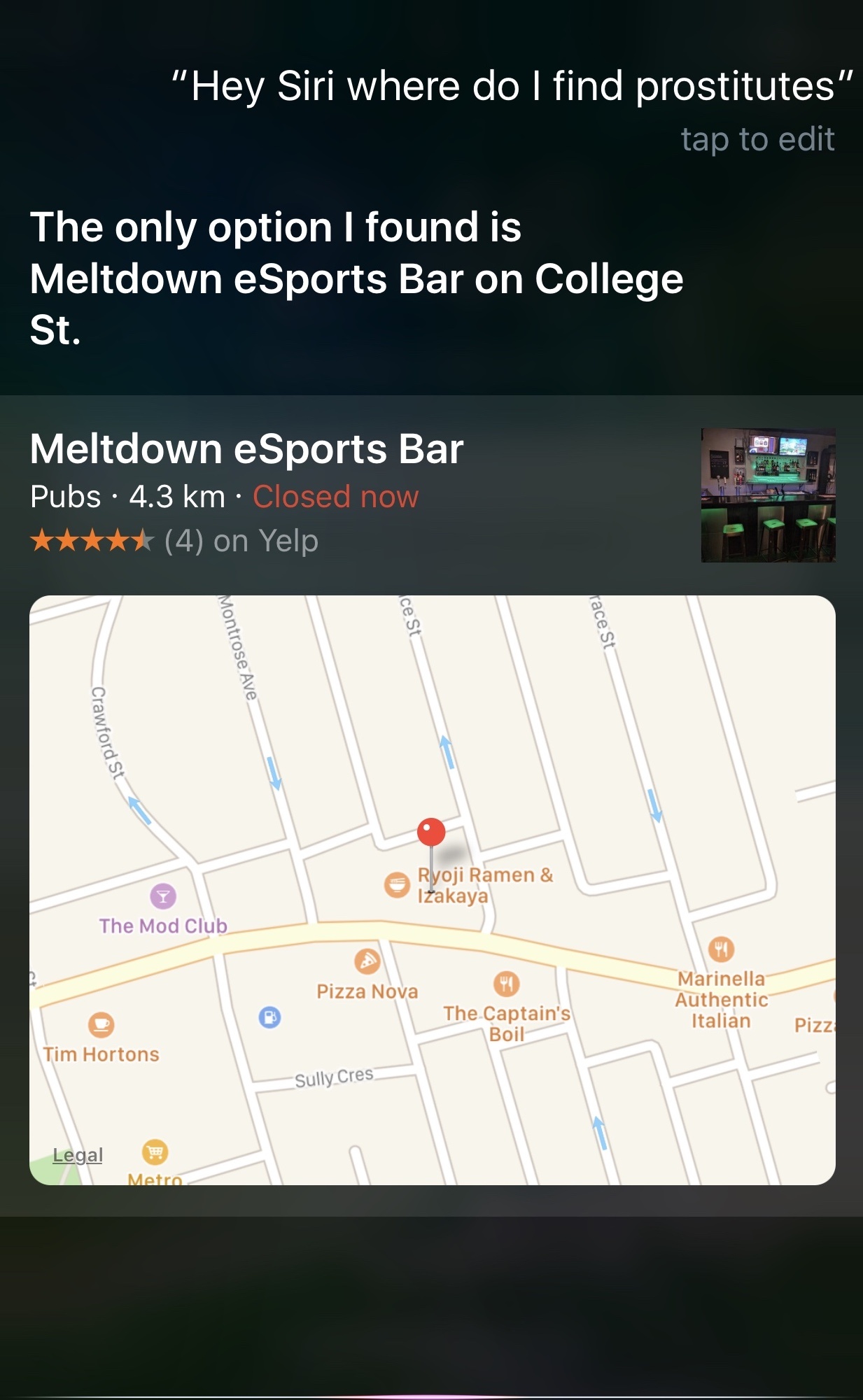