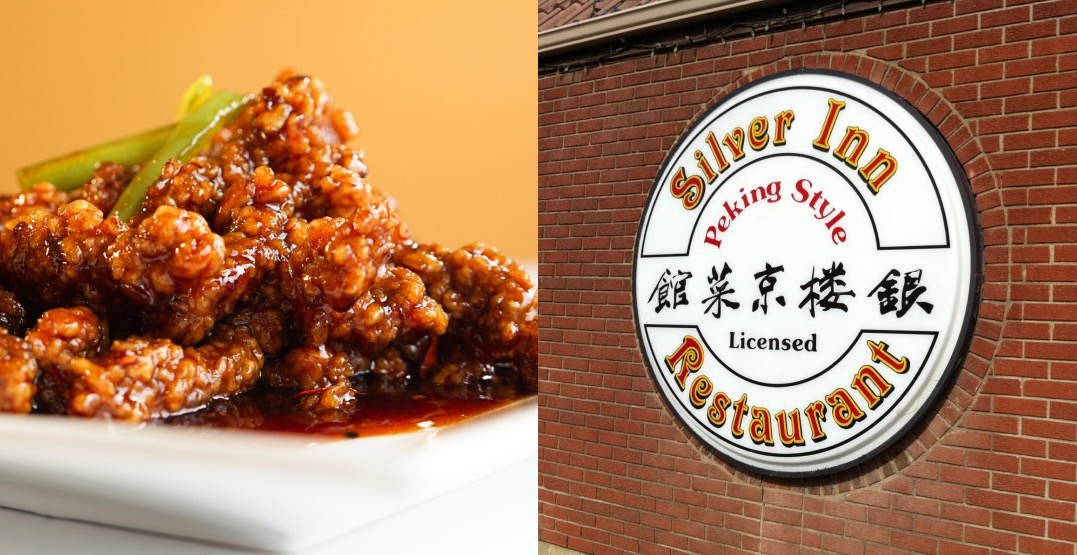 The Silver Inn Restaurant is a well-known Chinese restaurant in Calgary, Alberta.

It’s a family-run spot specializing in Peking-style dishes and has been doing so since the mid-1970s.

What might be less well known is that the Silver Inn Restaurant actually is the birthplace of the iconic food item ginger beef.

Ingredients and cooking style of ginger beef can change from province to province, country to country, but the popular version we all know of deep-fried strips of beef coated in a dark sweet sauce with julienned carrots and onions…that’s all Alberta.

We spoke to the owner of the Silver Inn Restaurant, Kwong Cheung, who has been here for it all.

He explained the history behind creating ginger beef, its impact on Calgary and Canada, and even some notable celebrities who came in to try it.

George Wong wanted to create a dish that took advantage of the great Alberta beef we have here and also one that encouraged beer sales.

“The idea was to create something with the beef that [had a] texture like French fries,” Kwong Cheung told Dished in an email. “The dish was called ‘deep-fried shredded beef in chilli sauce’ as it is still called on our menu today.”

“The name ginger beef was dubbed by our customers as they came in wanting to order this dish, but the name is too long to remember.”

“Even though our original recipe had no ginger in it, the combination of the frying and sauce gave a hint or illusion of ginger flavoured. So they came in and ordered that ‘gingerly beef,'” added Cheung.

So attempt by the Silver Inn Restaurant to create something based on classic Chinese flavours that went perfect with late-night beer was definitely figured out pretty quickly.

“It was originally made more like a jerky texture as most beef in China is fairly tough,” said Cheung. “However, it was fairly popular and goes well with alcohol; one can chew on this and keep drinking.”

The tough and jerky-like texture is now many people’s favourite aspect of eating ginger beef.

Kwong Cheung and George Wong never set out to create an icon. They were simply the first Peking-style restaurant in Calgary hoping to bring new flavours and dishes to a community that hadn’t tried it yet.

“Our menu was so different and strange to the people at the time,” Wong told Dished. “Half of our menu items were never served in the city.”

“Hot and sour soup, dumplings, etc. are staple items in today’s Chinese menu, but back in 1975, we had nothing like that.”

The invention of this version of ginger beef helped the restaurant find success, and it even seemed to help the entire Chinese food industry grow.

“By the late ’70s and early ’80s, every Chinese restaurant in town had ginger beef on their menu. Some even name their restaurant ‘Ginger Beef,'” said Cheung.

The dish was starting to become a favourite among the Calgary dining community. This was before the internet and social media, so word of mouth was all these places had.

It’s easy to say now that with more marketing, the Silver Inn Restaurant may have dominated the market and even made a line of food products, but that wasn’t the mission for this team.

“We started out as a family business,” said Cheung. “Everyone helped out as most immigrant families do. We never thought of making it big, just to keep the family fed and live comfortably.”

“Most people wouldn’t believe that we had never taken a picture ourselves on any of our dishes.” Cheung continued. “Most pictures you see online were taken by customers.”

Despite the low-key attitude, some pretty celebrities popped by throughout the 1980s as the ginger beef craze was reaching new heights.

“Celebrities like Steve Wonder and Don Johnson of Miami Vice had visited,” Cheung told us. “During the ’88 Olympics, Prince Albert of Monaco competing in the bobsled event visited with his security details,” he continued.

“Trudeau Sr. wanted to come but later decided not to. That was shortly after he gave the infamous finger to Alberta,” Cheung added.

Despite all of these celebrity visits over the past 45 years, this Chinese restaurant keeps an astonishing low profile. It stays successful by remaining the must-visit place for Peking-style food and, of course, the original ginger beef.

“We should have kept track of how much ginger beef we sold,” said Cheung. “Over 45 years, it has to be over the two-million mark.”

If you’re a fan of ginger beef, you have to visit the Silver Inn Restaurant in Calgary and grab an order of the #65 – deep fried shredded beef in chili sauce.