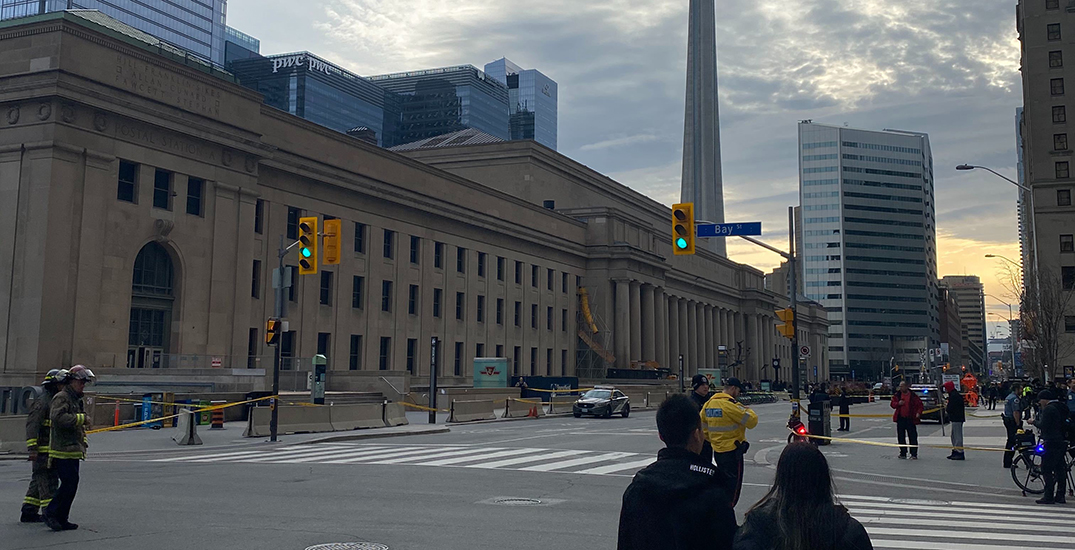 One man has died after a shooting near Scotiabank Arena in Downtown Toronto, which led to Union Station being locked down for two hours.

Toronto Police Service (TPS) updated the public about the shooting in the York Street and Bremner Boulevard area on Saturday night. One gunshot victim was reported to have life-threatening injuries and was being treated by medics.

A few hours later, police said he had died, and that the incident was now a homicide department investigation.

Service between Osgoode and Bloor-Yonge stations on TTC Line 1 was also suspended following the incident. Some commuters reported being stuck on trains for an upwards of two hours due to the disruption.

Both Metrolinx and TTV resumed services at around 10:00 pm.

Duty Inspector Paul Krawcyzk, who was on the scene, provided details to media. The TPS believes the shooting was targeted and is on the hunt for two suspects, both of whom fled the scene.

So far, police has not revealed any details about the identity of the shooting victim.