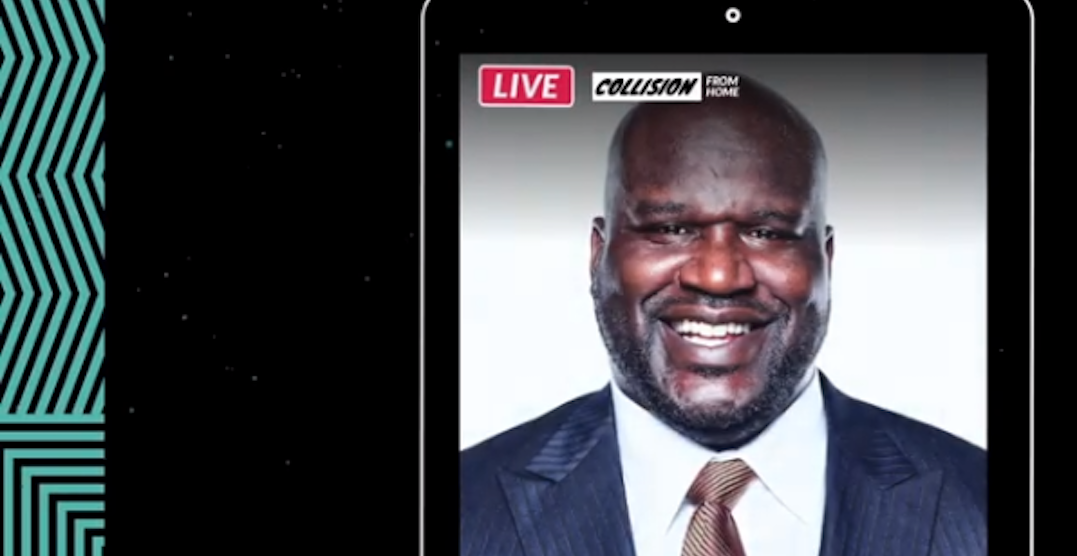 While the Collision Conference won’t be held in Toronto this summer as previously planned, the massive event will be running online as an alternative.

The conference, which was scheduled to take place in the city this month, brings together technology giants and industry leaders from around the world, and is considered North America’s fastest-growing tech conference.

Tickets for the online version of the event, which will run from June 23 to 25, are officially live online.

To celebrate, we’re highlighting some of the influential speakers who will appear at this year’s virtual event, as well as startups you can look forward to learning about.

Atwood has authored more than 50 books of fiction, poetry, critical essays, and graphic novels. Her latest novel, The Testaments – sequel to award-winning novel and TV series The Handmaid’s Tale – is co-winner of the 2019 Booker Prize. In addition to being a Canadian speaker, Atwood is also one of the conference’s Headliners.

Nicola is CEO at beauty brand umbrella company Deciem (also known as The Abnormal Beauty Company), which encompasses a host of the cosmetics ranges currently transforming the beauty industry.

Tory was elected mayor of Toronto in 2014, and re-elected four years later. Under his leadership, Toronto has attracted significant investment and emerged as an undisputed global centre of innovation, technology, and opportunity.

Bains is the Member of Parliament for Mississauga–Malton and Minister of Innovation, Science and Economic Development. He led the Innovation and Skills Plan to build on Canadian strengths, create more opportunities and foster economic growth.

Ghebreyesus is an Ethiopian microbiologist and internationally recognized malaria researcher who has served since 2017 as director-general of the World Health Organization.

Huffington is the founder of the Huffington Post, and founder and CEO of Thrive Global. She has authored 15 books, including Thrive and The Sleep Revolution.

Shaq is considered one of the greatest players in NBA history. He will speak alongside Steady CEO Adam Roseman to discuss how workers can access programs designed to ease the crisis facing millions of gig economy and hourly workers.

Brandt leads sustainability across Google’s worldwide operations, products and supply chain. In this role, she partners with various Google teams to ensure the company is capitalizing on opportunities to strategically advance sustainability.

Imagine safely drinking from any tap. This startup has developed a realtime automated sensor to detect drinking water contamination at the source.

Agnostiq develops security solutions and other tools that make it safe for users to experiment with cloud-based quantum computers.

AiZtech is a media technology startup building a human attention data marketplace for the $60B online video advertising opportunity. 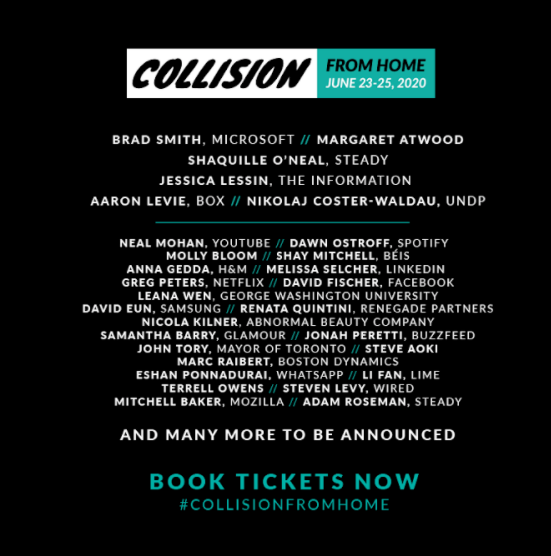 Daily Hive is a proud media sponsor of Collision from Home