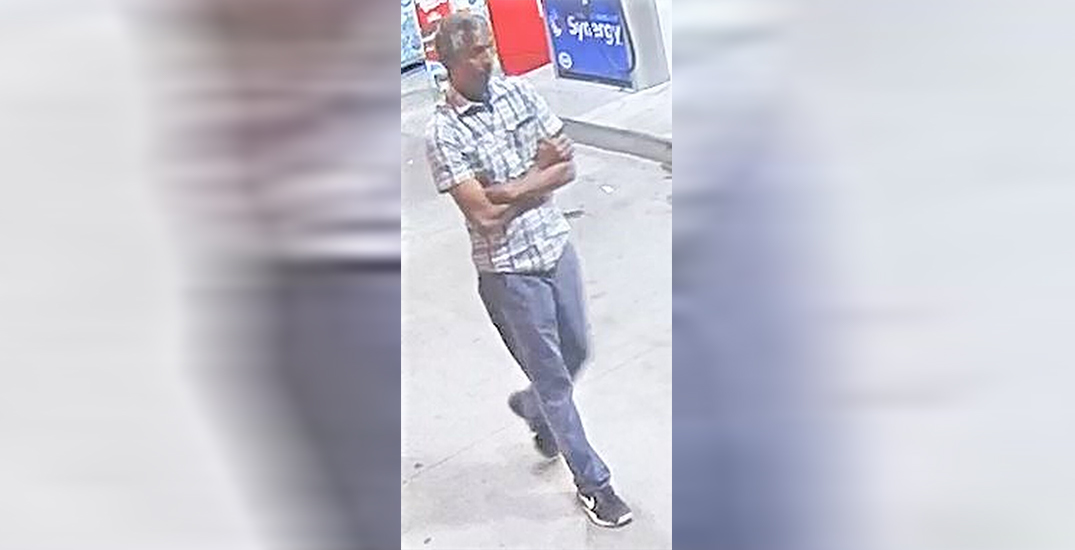 The Toronto Police Service has requested assistance in identifying a man linked to an indecent act and sexual assault investigation in the Bathurst Street and Wilson Avenue area.

According to police, officers responded to a sexual assault on Friday, August 7, just after 3 am.

It has been reported that a 25-year-old woman was sitting in a TTC bus shelter when a man approached her, committed an indecent act and then sexually assaulted her.

The man has been described as 35-45 years of age, 5’10”, 154 pounds with a thin build. He is balding with short salt and pepper hair with scruffy facial hair. He was seen wearing a blue and green pattern plaid shirt, blue jeans and black Nike shoes with a white Nike symbol.

Images of the man have been released.