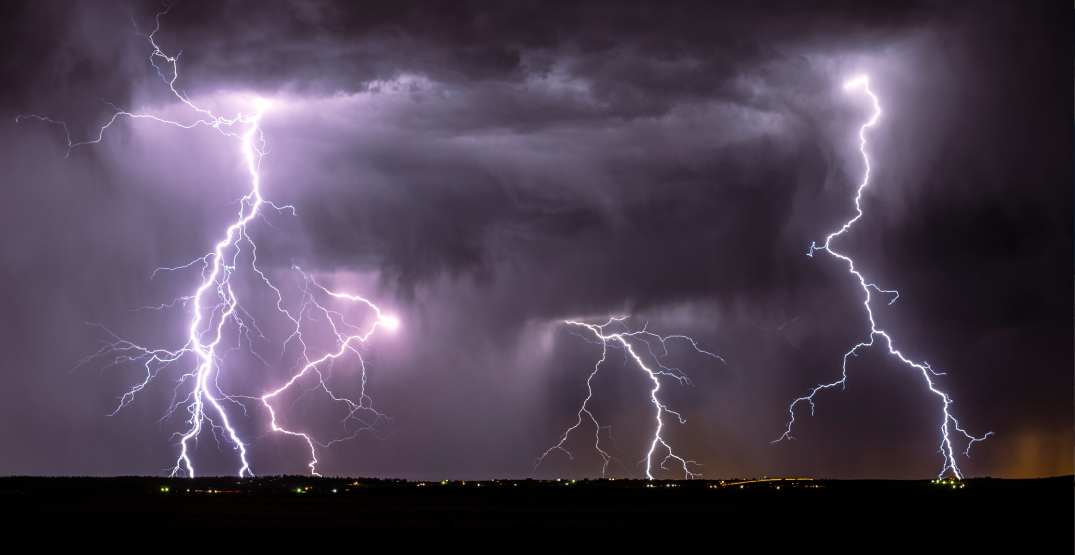 Thousands of people are without power this morning after severe thunderstorms struck most of southern Ontario Sunday night.

Environment Canada issued a severe thunderstorm warning for the GTA, saying those in the area could see up to 75 millimetres of rainfall and gusts of wind up to 70 km/h.

Hydro One says the company is working to restore power to over 26,000 Ontarians this morning.

Crews are responding to outages caused by severe thunderstorms and heavy rain affecting over 26,000 customers across the province. Crews are working as quickly and safely as possible to restore power. Visit our map for updates: https://t.co/c7Sy0dxEs2 #ONStorm pic.twitter.com/6WL3t23H1n

Toronto residents were able to have power restored quickly in the middle of the night but residents in smaller communities have to wait much longer.

The storm was so bad, as one Twitter user points out, it caused heavy damage in areas between Madoc and Kaladar on Highway 7.

This is what the “good part” of highway 7 between Madoc and Kaladar looked like immediately after the #onstorm . It got way worse. pic.twitter.com/dReMiieEmz

Flooding on Bloor St. West, Toronto after the rain tonight. That Uber Eats order is going to be soaked! 🛵#onstorm pic.twitter.com/ShTUbUtOkZ

“We know the situation is very frustrating for those affected and we appreciate your patience and support as we work to get Ontario back online,” says Hydro One.