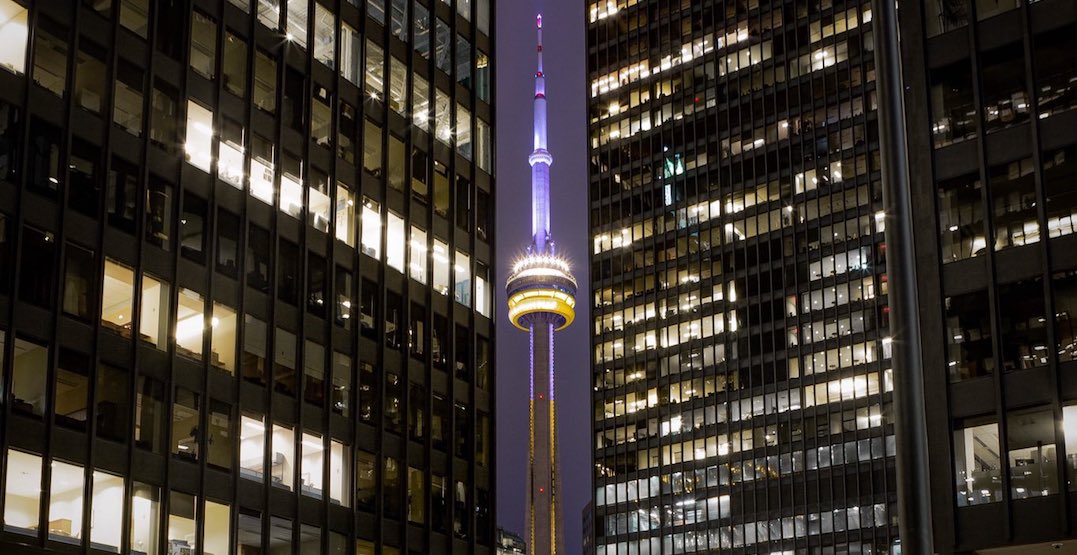 The CN Tower and Scotiabank Arena in Toronto changed their colours to honour Kobe Bryant, who was killed in a helicopter crash around 10 am PT on Sunday morning.

Kobe and Gianna were among a group of people travelling in Kobe’s private helicopter to basketball practice near Thousand Oaks, California. LA County Sheriffs confirmed there were nine fatalities in the accident, though victims have not been publicly identified.

Responses from the sports world flooded the Internet on Sunday, and Toronto’s iconic establishments changed their lights to glow purple and gold — Lakers colours — to honour the legend.

Bryant is survived by his wife, Vanessa, and children Natalia, Bianka, and newborn Capri.

Tonight, we are purple and gold for a legend taken far too soon.#RIPKobeBryant | #MambaForever pic.twitter.com/Podcs6qWjQ

CN Tower in #Toronto lit up in @Lakers colours in memory of #KobeRIP tonight: pic.twitter.com/SWQ2Jruoy2

The CN tower is in purple and gold tonight to honour a very special person! Rest In Peace Kobe Bryant! pic.twitter.com/nDSRJkK7G4