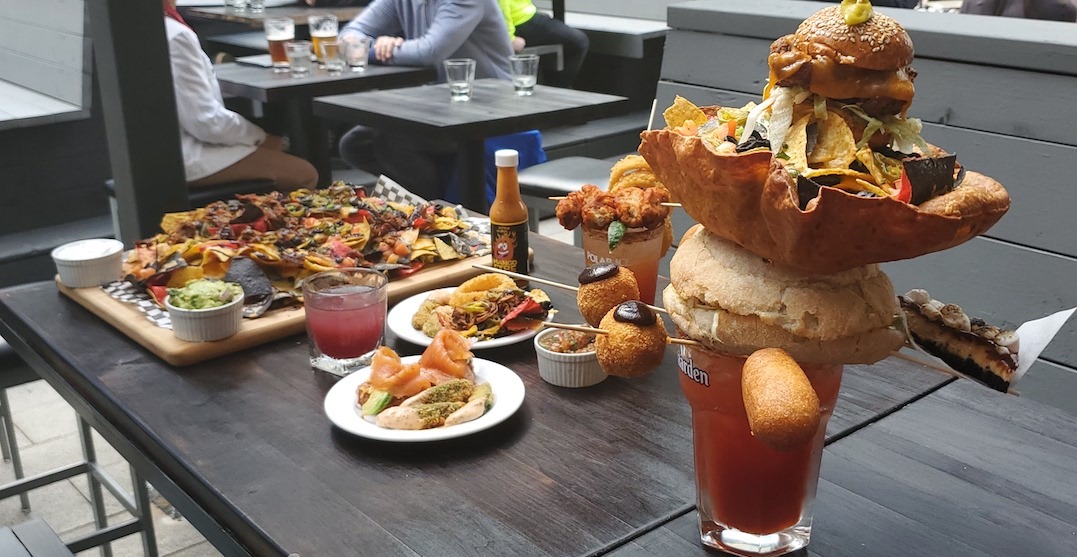 Vancouver’s famed Score on Davie has finally made its way eastward, all the way to Toronto.

At 107 King Street East, right at the corner of Church Street, the downtown core has officially welcomed Score on King.

And alongside fierce brunch options, a kick-a$$ ‘tude and refreshing sangria, the spot has brought some mighty Caesars to the downtown core.

Upon entering the space, you’re immediately enveloped by the chillest of vibes combined with the greatest attention to detail.

Most walls are speckled with alphabet letters, gathered from a store the Vancouver team frequents on the west coast.

Other walls, and many areas of the floor, are totally studded with beer bottle caps.

The spot’s care-free and playful, devil-may-care attitude follows you when you head down to the restrooms, where the wall greets you with a cheeky hurrah.

“F*CK YEAH,” read the tiles outside the gender-neutral stalls.

The 2,900-sq-ft eatery features a 2,000-sq-ft patio that is flooded with sunlight, taking up the corner of King and Church Street.

Bright and sprawling, the patio is the perfect place to dig into the spot’s vast menu options.

A large order of nachos can feed two to four, depending on how hungry your crew is.

And the avocado fries, served with clamato mayo, mean you can add something delicious and deep-fried to your day’s veg count.

While the spot is known for its Caesars, don’t discount the sangria. It’s refreshing and smooth, making it the ideal option for a post-work wind-down. 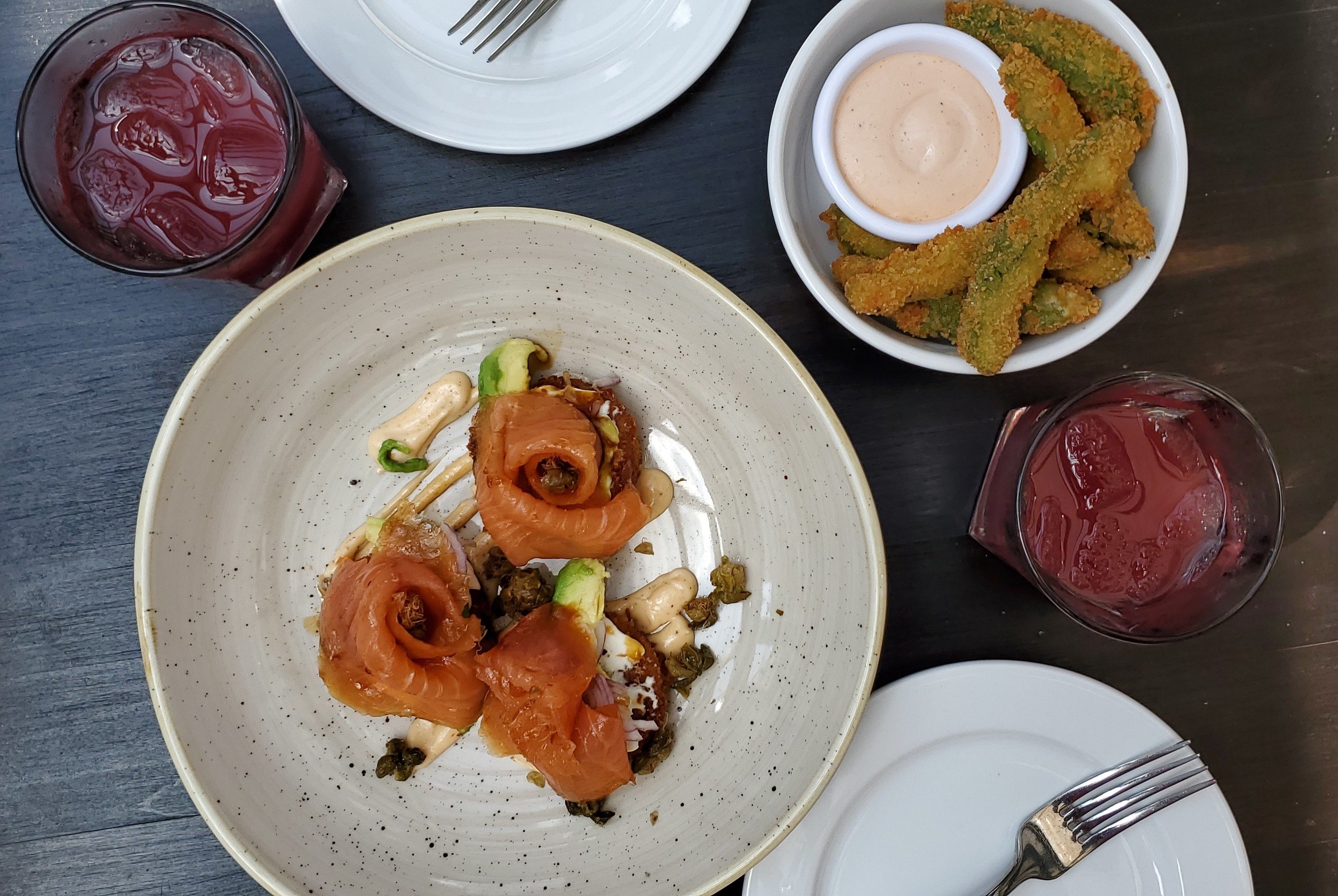 To be fair, though, a major pull to this spot is the extensive Caesar list.

The Ain’t No Thang is served loaded up with chicken wings and onion rings, while the Scorn Dogg offers onion rings and two corn dogs, plus a dill honey mustard to dip. 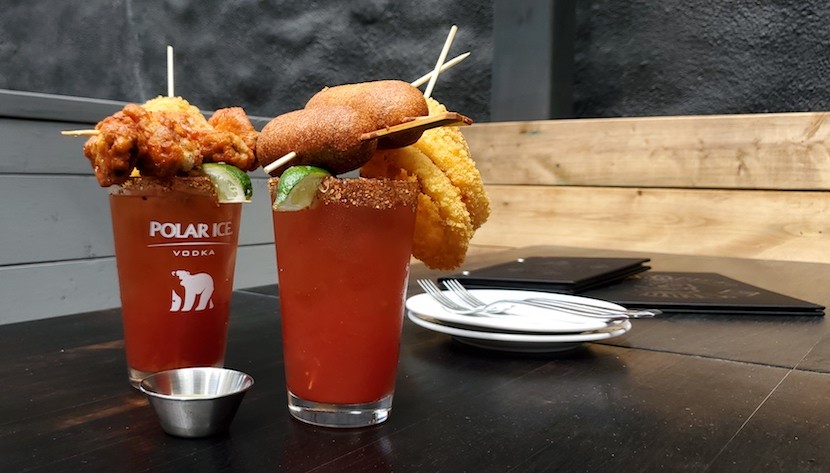 And while these babies could serve as meals on their own, they’re snack-sized compared to the Caesar Grande. 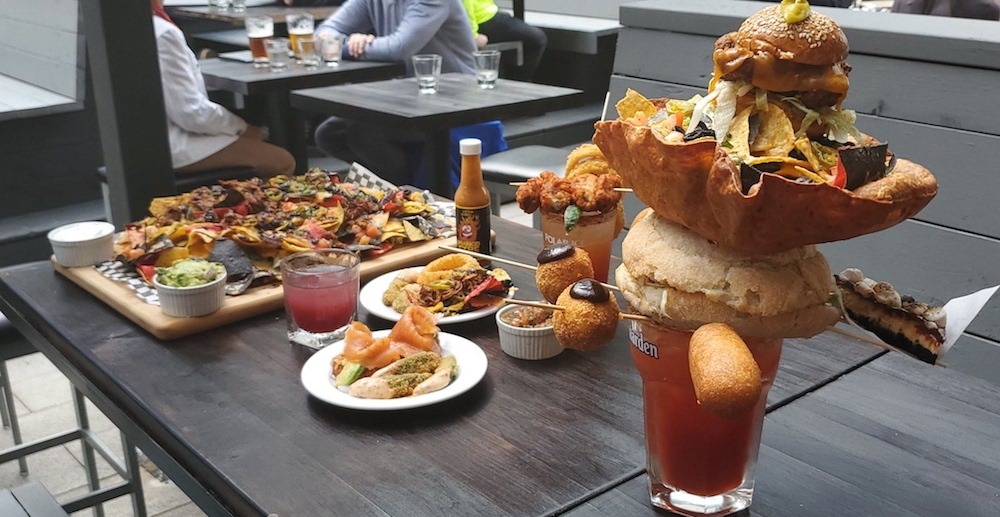 This mountain of a 4 oz Caesar is topped with a 14 oz Score burger, Mac and Cheese balls, corn dogs, a nacho bowl, a fried chicken sandwich, a pickle, and peanut butter cake.

It’s something to behold, and is definitely enough food to feed an army of Dothraki. 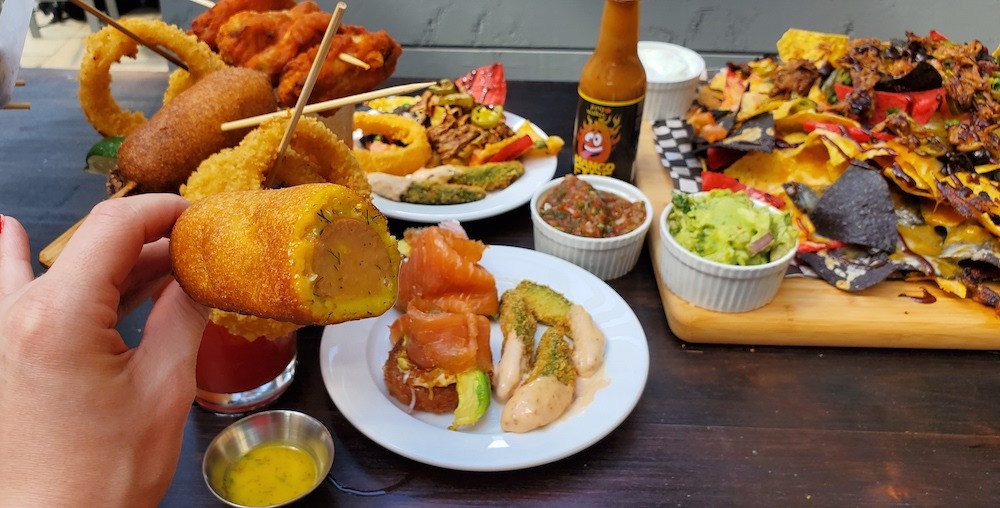 The new eatery will be open late every night, slingin’ bites and drinks ’til 1 am six days a week, and 2 am on Saturdays. 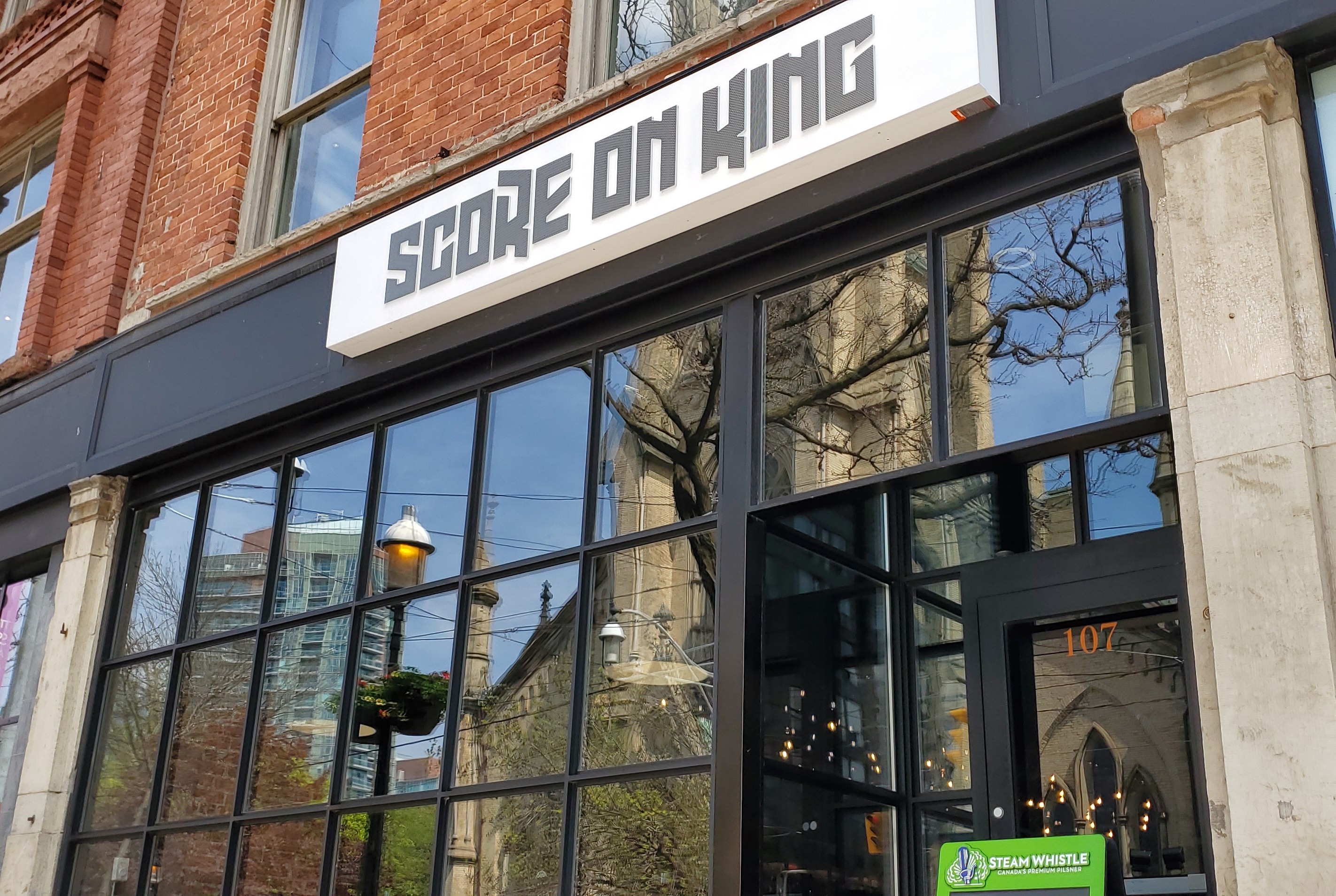 Seven of The Score’s Vancouver staff moved out east to set up shop this spring, so you can trust that the vibes served up here are of the true west-coast variety.

And swimming in west-coast vibes is, undoubtedly, the ideal way to spend the summer.