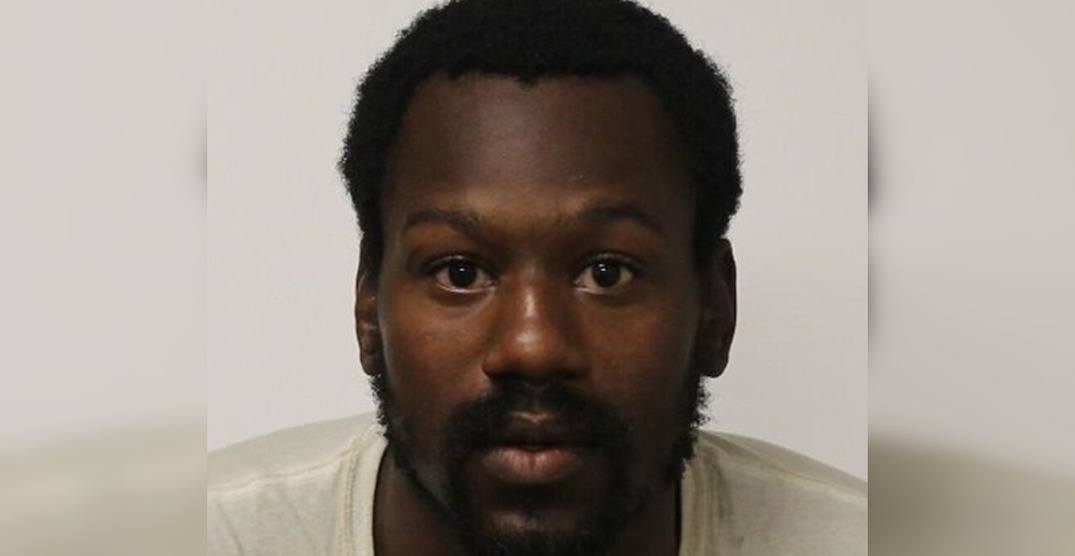 The Toronto police are looking for a 23-year-old man who allegedly stabbed a woman in the parking lot of a Scarborough fast food restaurant on Wednesday afternoon.

Police say they were called to the area of Victoria Park Avenue and Ellesmere Avenue, after receiving reports of a stabbing around 1:30 pm.

According to police, a man and a woman pulled into the parking lot and were approached by a man armed with a knife who, without provocation, stabbed the woman.

The suspect then fled the area on foot.

Police have since identified the suspect as 23-year-old Dazel Decosta Henry of Toronto.

He is described as 6’0″, 200 lbs., with a stocky build, black afro, and a black moustache. He was wearing a black ‘Adidas’ hooded sweater with white stripes down the arm and a logo on the chest, black track pants, and sneakers with yellow detailing.

He is considered armed, violent, and dangerous. If located, police say not to approach the suspect and to call 9-1-1 immediately.