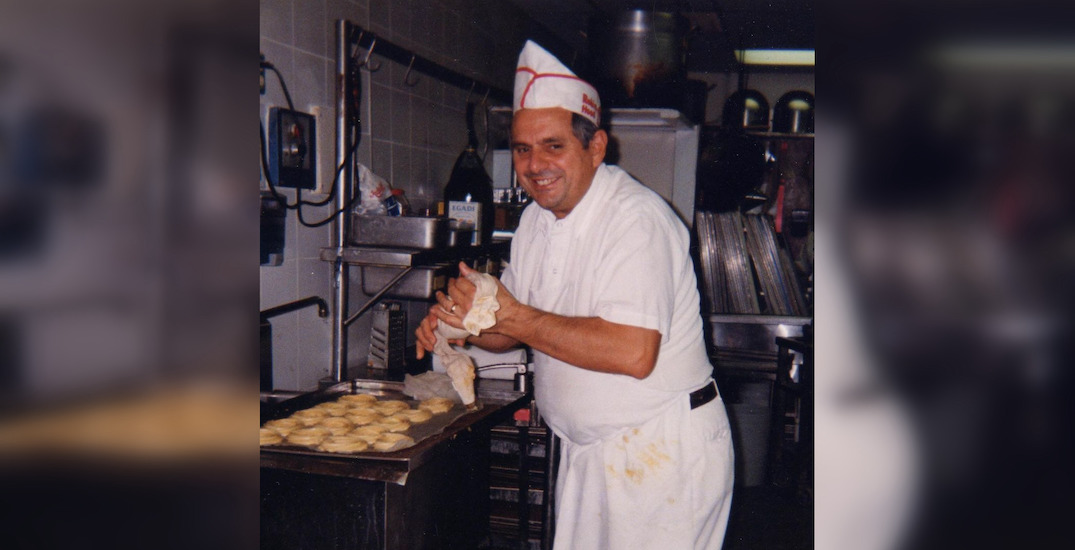 The founder of one of the most recognized family-run bakeries in Toronto’s west end, has passed away after fighting a lengthy battle with COVID-19.

For the past six weeks, Natale Bozzo, the 75-year-old patriarch of the family-owned SanRemo bakery, had been battling the virus at a hospital. Despite being in good health prior, he lost the fight, according to a post by the bakery on Instagram.

“He was an incredible baker, and [the] most hardworking man we know. He was resilient and resourceful. He was kind and a friend to all. He loved to go to Florida, he loved to fish and garden, he loved food, and he loved his family,” read the post.

Born in 1945, Bozzo came to Canada at the age of 15 from Italy and began working at a bakery in Little Italy before opening SanRemo back in 1969.

He later became the sole owner of the beloved spot with his three sons in the 90s. Though he retired, Bozzo would still stop by and help out as much as he could.

“He lost his devastating battle with Covid-19 after over six weeks in the hospital. He fought very hard, he was in good health prior to this, and we learned of his failing health through very difficult phone calls from the hospital, and thankfully we were able to say goodbye,” said the family in the post.

“This will no doubt be an inexplicable time of grieving for our family. Natale was the patriarch of our family, and the pain we feel right now seems insurmountable. We thank you all for your support and wishes during this time.”

At the time of writing, the Instagram post has over 24,000 likes and over 7,000 comments filled with people sharing their condolences and memories of the beloved owner.

“He was larger than life, and we will miss him dearly and will work very hard to keep his memory alive and to honour him,” read the IG post.

“He said the secret of baking was to put a pinch of love into everything, and we’ll be missing that pinch in ways we can’t describe.”