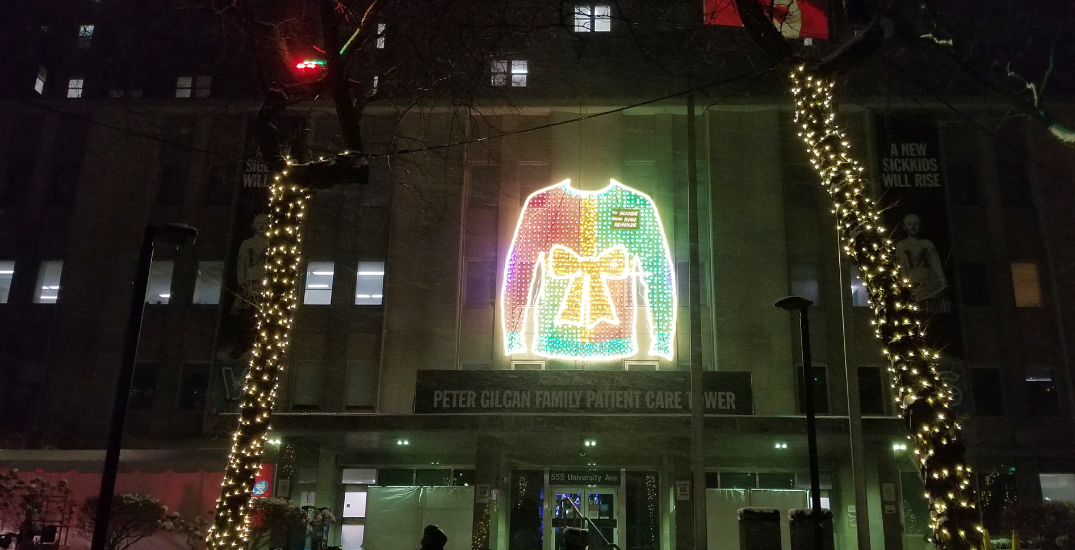 It looks like Ryan Reynolds is creating some cheer again this year — he’s back to light up SickKids this holiday season.

Tonight, the Ryan Reynolds festive holiday sweater campaign is set to return to The Hospital for Sick Children (SickKids).

“This year, Ryan and friends have planned something bigger and brighter for patient families and the City of Toronto,” the release said.

The holiday train lights that, for decades, have lit up the University Avenue face of the hospital have been replaced by a giant 20-foot replica of Ryan’s festive sweater in 5,000 LED lights. The inaugural lighting is taking place on December 4.

Ryan and his festive sweater have been creating holiday memories and laughs for the past three years, and this is the second year the campaign has helped raise money for SickKids Foundation.

Last year’s online fundraising campaign raised more than $315,000 for SickKids over a four-day span. This year’s campaign will run until Christmas Eve, with all individual donations made before midnight December 24, receiving a corporate match by SickKids long-standing partner, Samsung Canada, up to $100,000.

In addition to the festive sweater light show, Ryan Reynolds will release a video  (live Dec. 4) showcasing his favourite item of clothing – stay tuned for more! Also featured is Ryan’s long-time sweater buddy, Auston Matthews of the Toronto Maple Leafs, who once again donned the red, green and gold for SickKids!