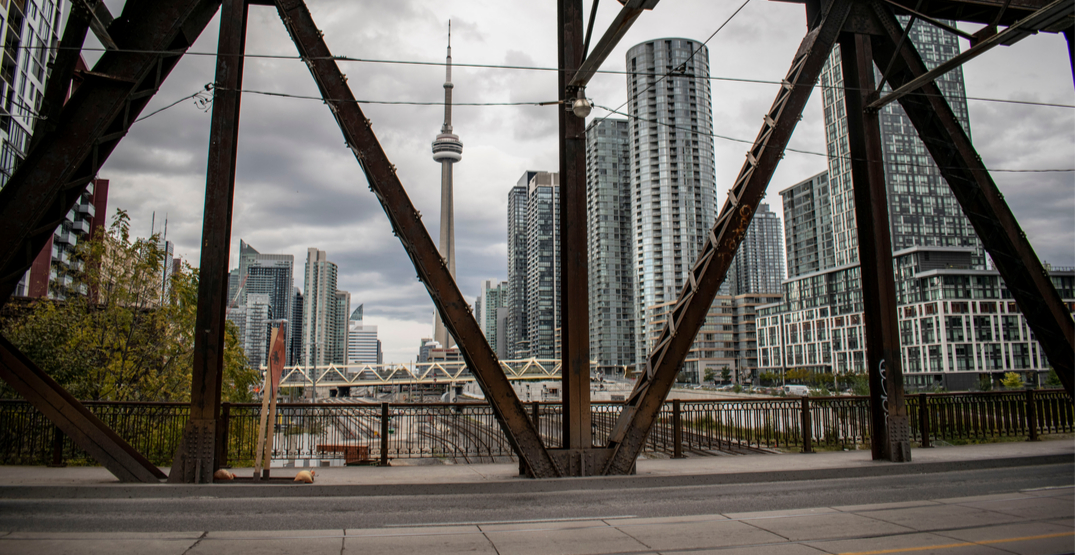 The City of Toronto will start construction on a few key projects to “renew and improve ageing infrastructure” over the coming weeks, with some lasting until the end of 2020.

According to the City, with traffic volumes on Toronto’s roads down between 45 and 65% as a result of the COVID-19 pandemic, it recently announced that construction work will be accelerated on as many important projects as possible.

“We are doing everything we can as a municipal government to speed up as much road construction as we can right now so that our infrastructure is upgraded and ready for the restart and recovery process,” said Mayor John Tory in a statement.

“Thank you to our City workers who are getting this work done while still respecting physical distancing requirements from public health officials.”

The projects are as follows:

On Monday, May 18 at 12:01 am, the Gardiner Expressway eastbound on-ramp at Jarvis Street will be fully closed for replacement and will reopen once the project is completed in 2021.

The City says this construction is the second to last phase of work to rehabilitate the expressway between Jarvis and Cherry Streets and will use an innovated construction technique, accelerated bridge construction, to remove sections of the ramp and replace it with custom built pre-fabricated sections.

During this construction, drivers should consider using alternate routes such as the eastbound Bay Street on-ramp, Lakeshore Boulevard East or the Don Roadway to the Don Valley Parkway. 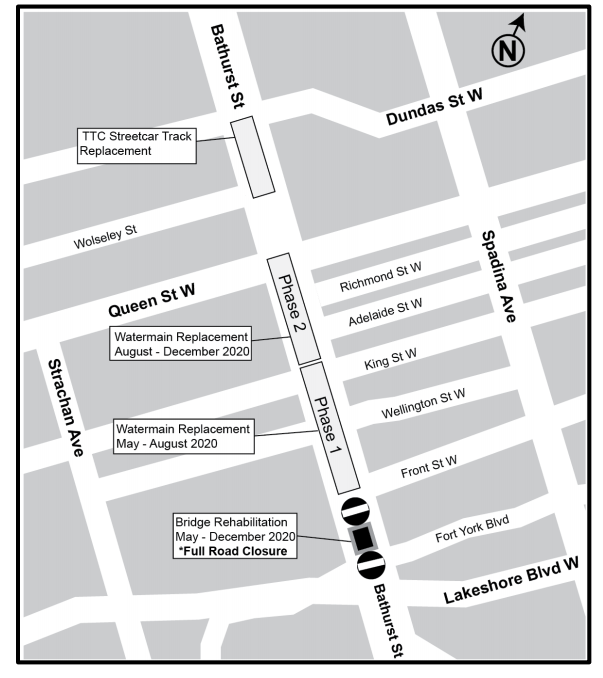 From May 25 to the end of December 2020, Bathurst Street from Fort York Boulevard to Front Street West will be fully closed to vehicular and cycling traffic as crews work to rehabilitate the Bathurst Street bridge and replace the TTC streetcar tracks.

During this time, only one sidewalk will be available for pedestrian access through the work zone and cyclists may dismount to also use the sidewalk.

The City says to minimize disruption and avoid returning to the area in consecutive years, this construction has been bundled together with two other projects on Bathurst Street. Crews will replace a 144-year-old watermain on Bathurst Street from Front Street West to Queen Street West from June to December as well as replace the TTC streetcar tracks between Wolseley Street and Dundas Street West from September to October 2020. 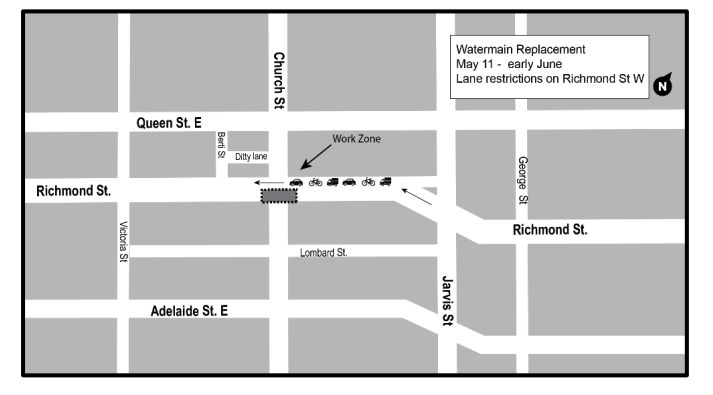 This week, crews began preparatory work at Church Street and Richmond Street East to replace a 143-year-old watermain before beginning work to replace the TTC streetcar tracks. The entire project is anticipated to be completed by the end of June.

This first phase of work will replace the watermain in the intersection of Church Street and Richmond Street East and the intersection will be reduced to two lanes of traffic and the bike lane will be closed.

Cyclists are advised to merge with traffic on Richmond Street East to proceed through the intersection.

“During construction, the public are advised to plan their travel in advance, consider alternate routes, obey signage around work zones and be patient while traveling in and around work zones throughout the city,” states the City’s release.