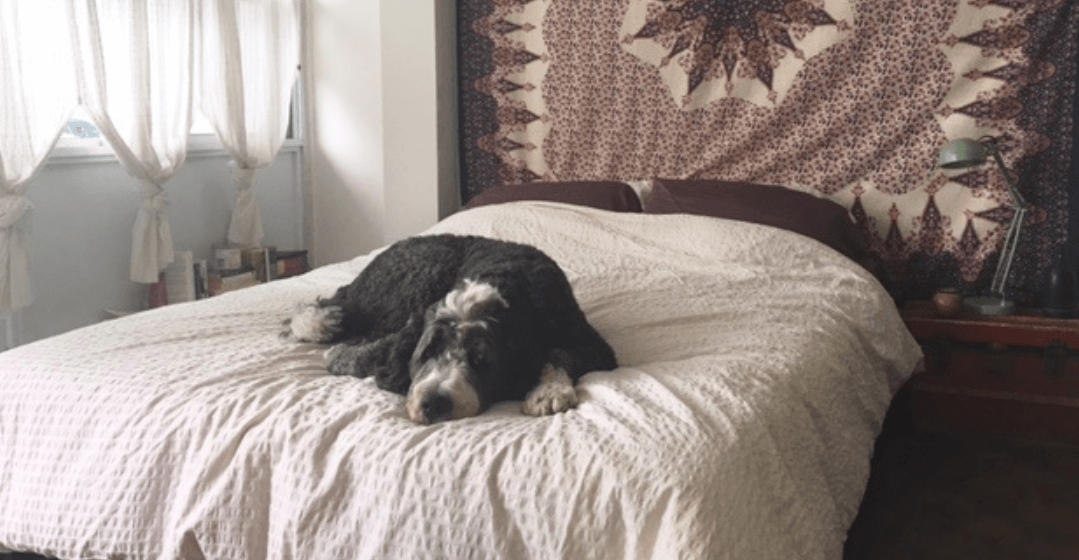 ‘Rent on the Real’ highlights what it’s like for real people in Toronto to rent real apartments. No million dollar listings here. No three-car garages, no two-floor condos. Just the true stories and struggles that come with finding a place to call home in one of the most competitive real estate markets in the world.

When Sarah McIntosh moved back to Toronto, she was determined to find an affordable pet-friendly space downtown.

However, her search for a home for her and her furry roommate proved to be more challenging than expected as she looked for a space that would allow her to have her 100-lbs dog live there as well. 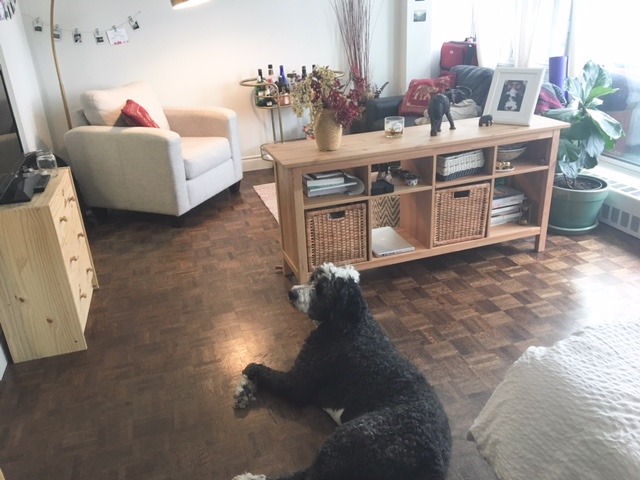 McIntosh moved out from her father’s house after university and has had the chance to live all over the city. But, finding a home that was pet-friendly came with a few more roadblocks than looking for one on her own.

Many of the condominium buildings she encountered in downtown Toronto had either a “no pet” policies or limitations on the weight of pets allowed. Having a pet just shy of 100-lbs means that Oden didn’t quite make the cut for the regulation, as most buildings only allow smaller dogs. 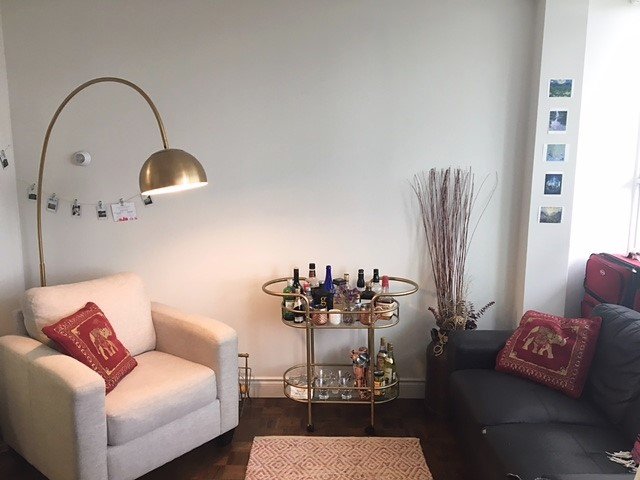 McIntosh ended up moving into the same building as her friend because she already knew that they were comfortable with larger dogs. When a bachelor apartment became available, she jumped on the opportunity to move to the Danforth.

Living on the Danforth means that everything is within walking distance which is extremely helpful when living with a large dog. The large balcony space has also been a great addition to the space leaving the screen door open in the summer and giving Oden space to nap outdoors. 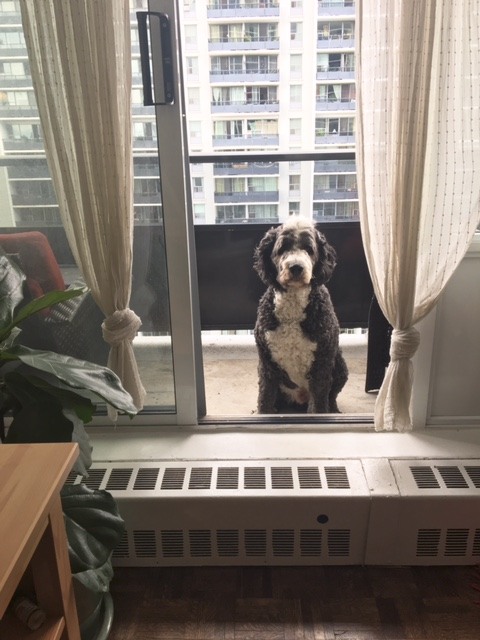 Living solo, McIntosh is able to balance her current monthly rent with ease because the Danforth still remains one of the more affordable areas within the city.

Her apartment is only a short walk to the subway making her commute to work quick. She has also found a great dog-walker in the neighbourhood and is able to balance that expense with being able to bring her dog to work with her a few days a week.

McIntosh loves cooking and she is able to save a ton of money by preparing lunches and dinners at home on a weekly basis. She and her boyfriend also enjoy making their own wine at Fermentations which not only gives them an activity to do together but allows them to save money as well. 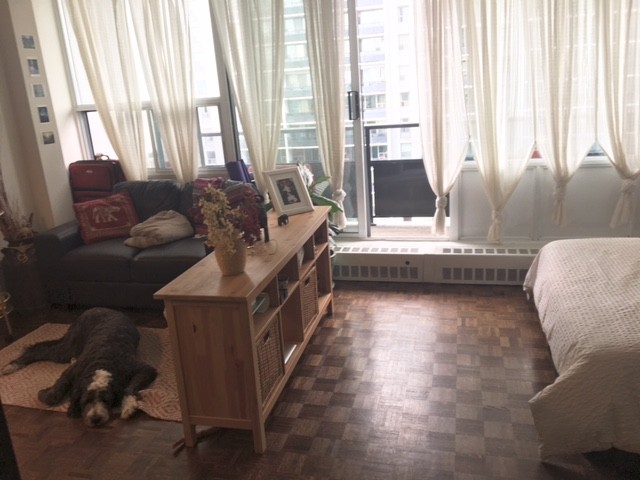 While she is keeping her eye on the Toronto housing market, McIntosh wants to buy a small cottage or a plot of land to build on. This will allow her to achieve her dreams of being a homeowner and having her dream vacation property while still renting an affordable unit in the city.

If you’d like to share your rental story shoot us a note at [email protected] with the subject title “Rent on the Real.”