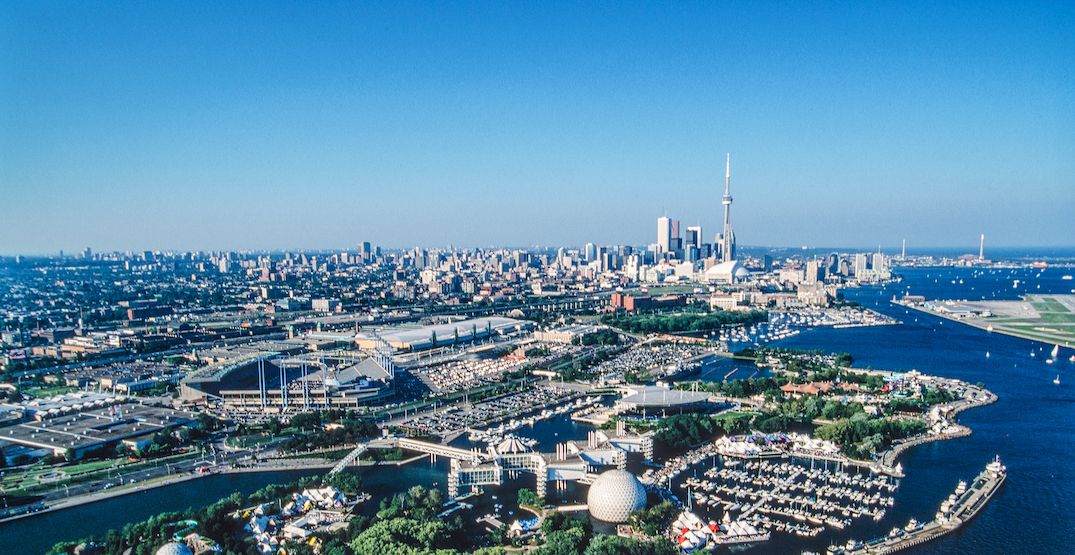 It’s no secret that rent prices all over Toronto have dropped throughout the past year, largely due to high vacancy rates.

A new report from Rentals.ca and Bullpen Research & Consulting breaks down exactly how much rent prices for both condo and rental apartments have fallen in each of Toronto’s six municipalities since February 2020. 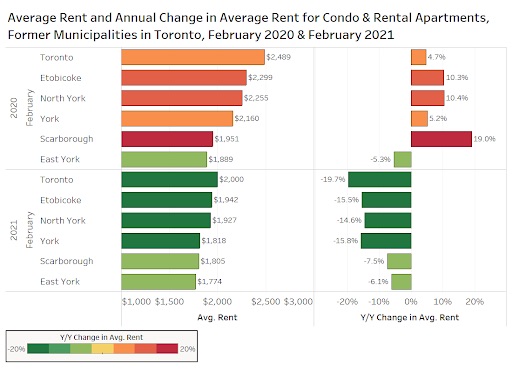 The report further broke down rent reductions by smaller neighbourhoods and found that South Riverdale has experienced the largest rent decline over the past year, going down by a whopping 29% to a new average of $2,002.

East End-Danforth and Kinsington-Chinatown tied for second place, both dropping by 24% with average rent prices now coming out to $1,831 and $2,035 respectively. 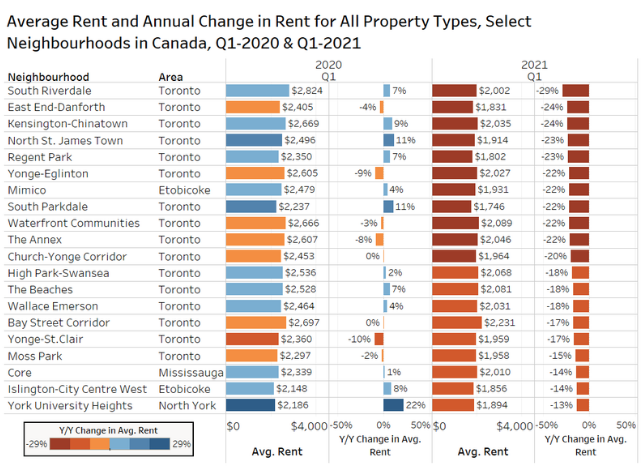 Although prices have gone down significantly compared to where they were last year, Ben Myers, president of Bullpen Research & Consulting, says that they are starting to slowly go up month-over-month, which may indicate the rental rates have bottomed out.

“The GTA market overall saw another decline in February, but the average rent for traditional apartments increased month-over-month, and the rent per square foot increased for downtown condos, albeit by just one cent to $3.13 per square foot,” Myers said.

Spring typically is the time of year with the strongest rental demand, Myers says, so it will be a telling time as to whether tenants are wanting to return to downtown.

Compared to the rest of Canada, the municipality of Toronto has seen the largest rent price drops by far. Vancouver, which still has the country’s highest average rent of $2,164, only saw a 6% drop year-over-year. 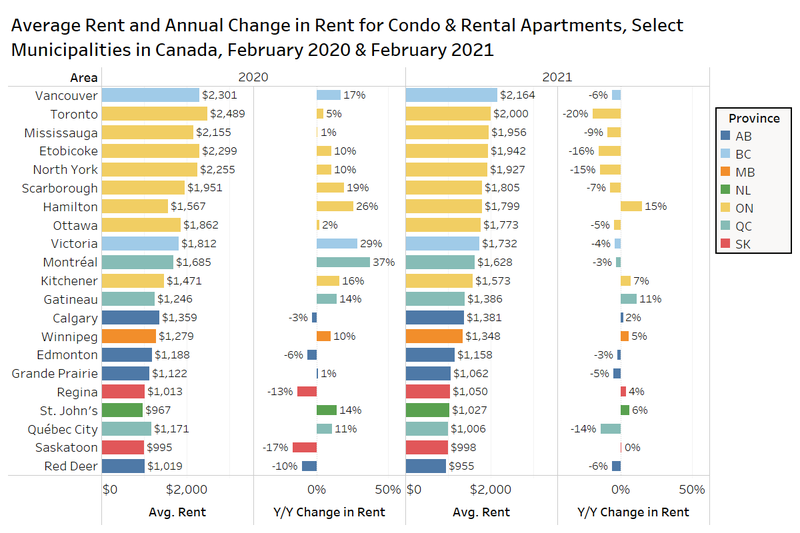 Some of the country’s lowest rent rates are in Saskatoon and Red Deer, priced at just $998 and $955, respectively. So if you’re looking for something significantly cheaper than Toronto, a move to the prairies may be in order.