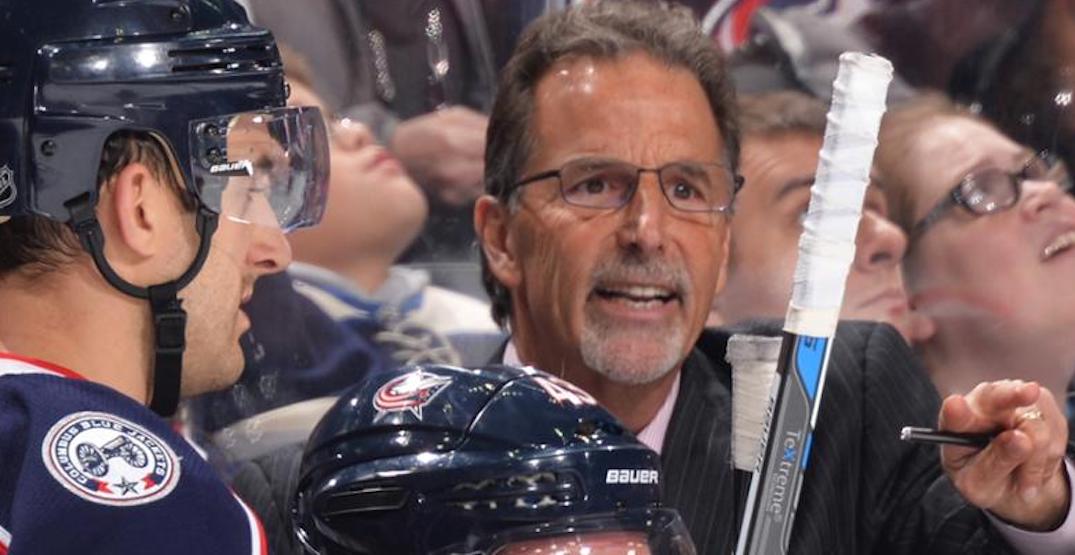 After an offseason that saw them lose their leading scorer in Artemi Panarin and franchise goaltender in Sergei Bobrovsky, the Columbus Blue Jackets surprised many when they managed to stay right in the thick of playoff contention. With their 81 points matching the season total of the Toronto Maple Leafs, their upcoming play-in series should be a good one.

But at this time of year (mid-summer? hey, it’s new for us all!), there’s no room for niceties when it comes to hockey. Game 1 begins on Sunday at 8 pm ET, so it’s time to get your hate on, Leafs fans.

Here are five reasons why you should show nothing but ill will towards the Blue Jackets:

The Jackets’ infamous way-too-loud goal cannon might not be making a trip to Toronto, but just the thought of that thing is reason enough to hate Columbus.

Need we say anything else? The oft-controversial, loud-spoken, brash, and occasionally downright verbally abusive coach is often the centre of the story for none of the right reasons. When stories should be focusing on the players, the playoffs, and larger social issues around the league, it’s not hard to get the feeling that the Blue Jackets’ head coach in John Tortorella is about to become a major storyline very soon.

No one needs to deal with the distraction of Tortorella creating a fight with the media, Sheldon Keefe, or his own players right now. The man unaffectionately known as “Torts” is always just one call that doesn’t go his way or one story that he doesn’t like from being a ticking time bomb.

Though he’s a two-time Jack Adams award winner, we can think of at least one other “Jack” phrase that could be used to describe him by most who come into contact with him.

Hockey is a wonderful game and it gets better each new market it touches. There’s no use for gatekeeping or pretending someone isn’t a “real fan” simply based on where their team plays or how long they’ve been watching.

That being said, the entire existence of the Columbus Blue Jackets is a choice that in hindsight, could’ve been a much better one. The NHL should’ve simply gone to Nevada instead of Ohio 20 years ago.

Can you imagine the symmetry of a 30-team league right now, future expansions be damned? What if the league just had chosen Vegas in 2000 instead of Columbus? It’d be the most popular sport on the continent right now, most likely.

The Blue Jackets, meanwhile, are the NHL’s 29th most valuable franchise, according to Forbes. Not saying they hurt the NHL’s overall product, but they aren’t really pulling their weight to help it either. Schedule the expansion to Ohio as an “L” for Gary Bettman.

Losing games against teams that are better than you usually isn’t shameful. But on paper at least, the Leafs carry a much deeper forward group than the Blue Jackets.

William Nylander finished fourth on the Leafs with 59 points this past year, from 31 goals and 28 assists. Nylander’s goal and point totals were both 10 more than the Jackets’ FIRST-place scorer, Pierre Luc-Dubois, who had 21 goals and 49 points.

It should be no surprise that the Jackets finished 28th in the league in goals this season. Every goal that the Blue Jackets score should reflect poorly on the Leafs, and it’s easy to get mad at a team that isn’t carrying around even league-average offensive talent.

5. They have two top-pair defencemen in their prime

Though Seth Jones was drafted by and played the first two-and-a-half seasons in Nashville, Columbus has been where he’s really come into his own as a league-recognized stud.

Add in 2015 draft pick Zach Werenski, and the Jackets’ have one of the league’s most feared 1-2 punches in the league.

With Werenski at just 22 and Jones at age 25, the pair puts up 24 and 25 minutes of ice time a night, respectively. As Toronto’s had defensive issues seemingly since before Neil Armstrong landed on the moon, there’s enough reason to be jealous of what is overall a very strong group on the backend.

6. They tried to steal Mitch Marner

The gall to not have your own offensive talent that you go and try and scoop up someone else’s. While it obviously didn’t come to fruition, reports surfaced in the fall that Columbus was one of two teams to offer an official offer sheet to Mitch Marner during his restricted free agency period in the 2019 offseason.

Marner followed up his first meeting against Columbus following their offer with two goals on the road in the Leafs’ second game of this season, which was actually the Jackets’ home opener.

But even Marner didn’t score a single goal this entire season, he would still have more points than any player on the Columbus Blue Jackets. No wonder he didn’t want to go there.