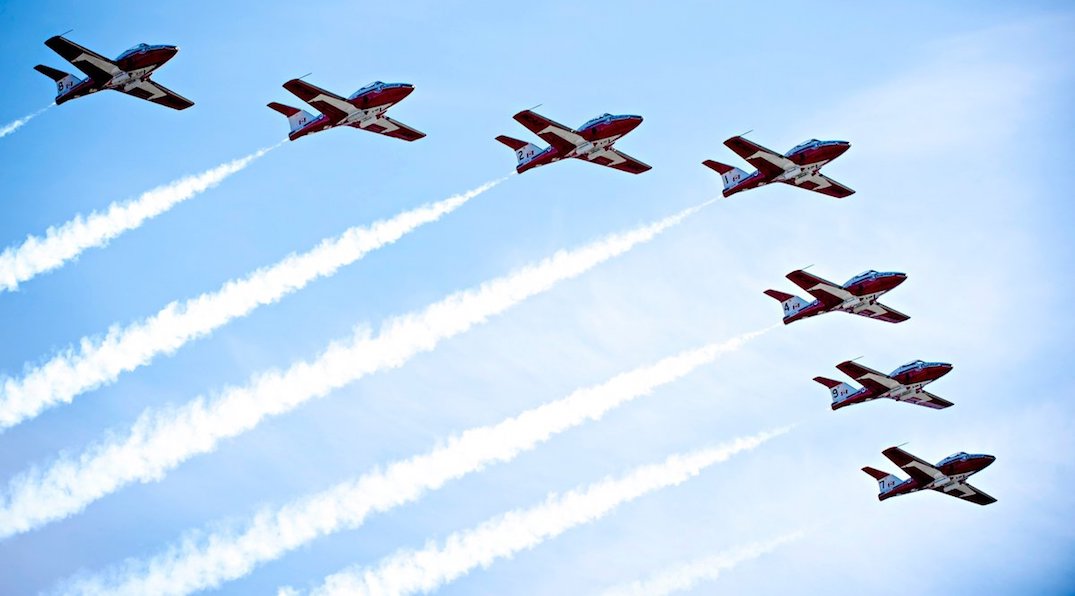 There will be a ceremony at 12:30 pm today at Nathan Phillips Square, where David Johnston, Governor General and Commander-in-Chief of Canada will present the RCAF with new Colours (special flags).

As part of the official Colours ceremony, a military parade will take place at the Square, and historical and current RCAF aircraft will perform flypasts over downtown at approximately 1:15 and 2 pm.

“The City is honoured to host the Colours ceremony,” said Tory in a statement. “This is a wonderful opportunity for Torontonians to express the pride and gratitude we have for our air force, and to recognize the long history we have shared that dates back to the First World War. On behalf of our city, I offer congratulations to every member of the Royal Canadian Air Force on receiving your new Colours, and say thank you for your service and for bringing this significant and memorable event here for us to witness.”

Here’s a sneak peak of aircraft currently scheduled to fly over #Toronto on Thu and Fri! Tweet us which aircraft you can’t wait to see! pic.twitter.com/Pjg0QjyyCH

According to a release, the RCAF has received its stand of Colours only two other times in history, in 1950 and 1982. The RCAF flag will be flown from the Queen Street flag pole at City Hall starting at 10 am today. The flag of the Governor General will be flown from the courtesy flag pole on the podium roof beginning at approximately 12:15 pm, and the Toronto sign will be illuminated in the RCAF colours later this evening.