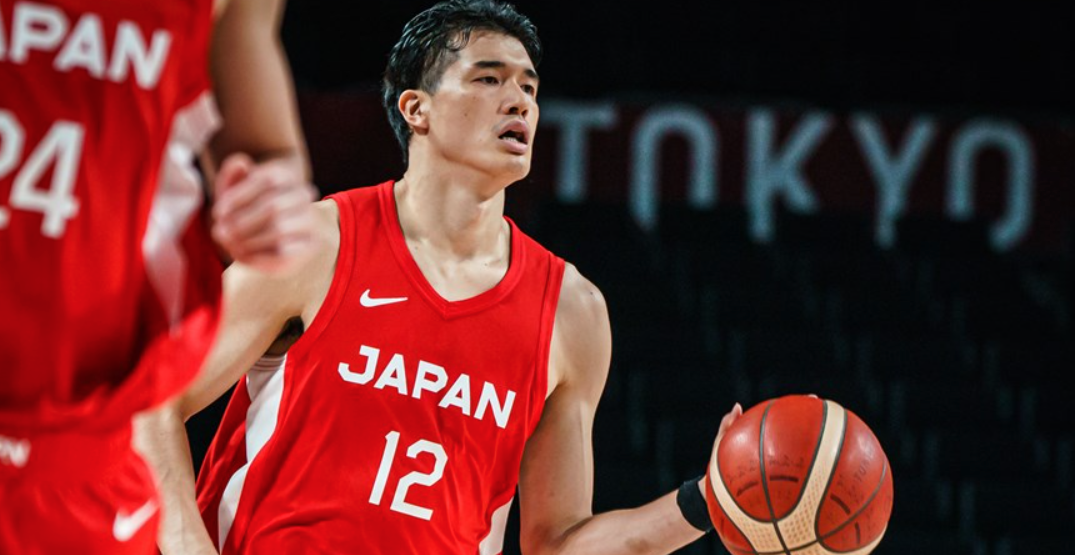 Toronto Raptors forward Yuta Watanabe will be competing for his home country next month.

His next pro contract, that’s a little less clear.

Watanabe headlines Japan’s roster at the Asia Cup tournament in July, after competing for the team at last summer’s Tokyo Olympics.

Watanabe averaged 17.7 points, 8.0 rebounds, and 2.0 assists per game while competing for Japan at the Olympics, and is the only NBA player on the team’s current roster.

But set to hit restricted free agency this summer, it’s not yet known what the future holds for Watanabe at the NBA level.

Watanabe was on a two-year contract this past season for the Raptors, with the Raptors holding his Bird rights. NBA free agency is set to officially open on July 13, with Toronto able to give him a qualifying offer of $2.2 million on a one-year deal per Spotrac.

Watanabe averaged 4.3 points, 2.4 rebounds, and 0.6 assists in 38 games for the Raptors this season, while playing just a hair under 12 minutes a night.

But the Raptors could also decide to part ways with Watanabe. Expected to come off the bench as a shooting option, Watanabe struggled to stay in head coach’s Nick Nurse’s rotation and played just 10 minutes in four playoff games this postseason.

“I know I’m a better shooter than my stats-line indicates,” Watanabe told Japanese media at the end of the season, per Tokyo-based reporter Takeshi Shibata. “Again, no excuse. But I’ll move on with a confidence and try to survive in this league where I need to deliver in a limited amount of minutes.”

Yuta replied like "There are some franchises where people start booing when your team is down a little. But yesterday, while we weren't playing well at all and eventually lost it in a disappointing way, our fans showed their support with the loudest chant in the closing minutes.

Off the court, it’s been a positive offseason for Watanabe, who got engaged to model and former TV anchor Akiko Kuji earlier this summer.

The Asia Cup begins on July 12, with Japan set to play Kazakhstan, Iran, and Syria in the group stage of the tournament.