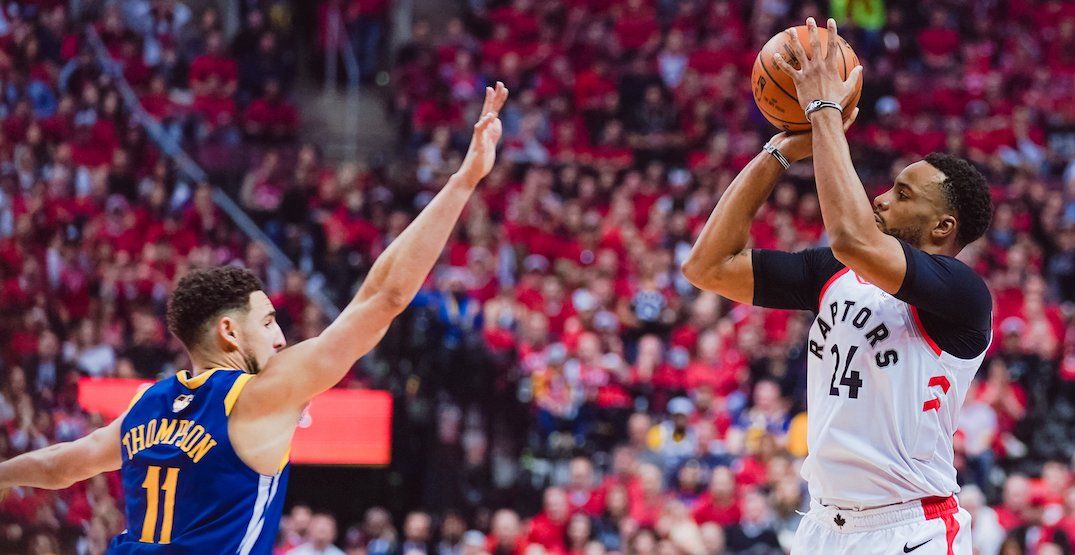 It’s becoming pretty difficult to decide where to watch the Raptors game.

Viewing parties are popping up all over the city — and the country — from various outdoor tailgate parties, to restaurants to even museums getting in on the action.

If you’re in Toronto’s east end, you now have another option that won’t have you trekking too far from home. Brad Bradford, city councillor for Ward 19, is inviting Raptors fans to cheer on the team at Woodbine Park for Game 4 of the series on Friday, June 7.

Tip-off is at 9 pm tonight, but the Facebook event is set for 8:30 to encourage fans to get there early and grab a good seat before the game.

As of yet, “Jurassic Beach” will be screening Game 5 as well, on Monday, June 10.

The Raptors currently have a 2-1 lead over the Golden State Warriors after three heated games of the NBA Finals. 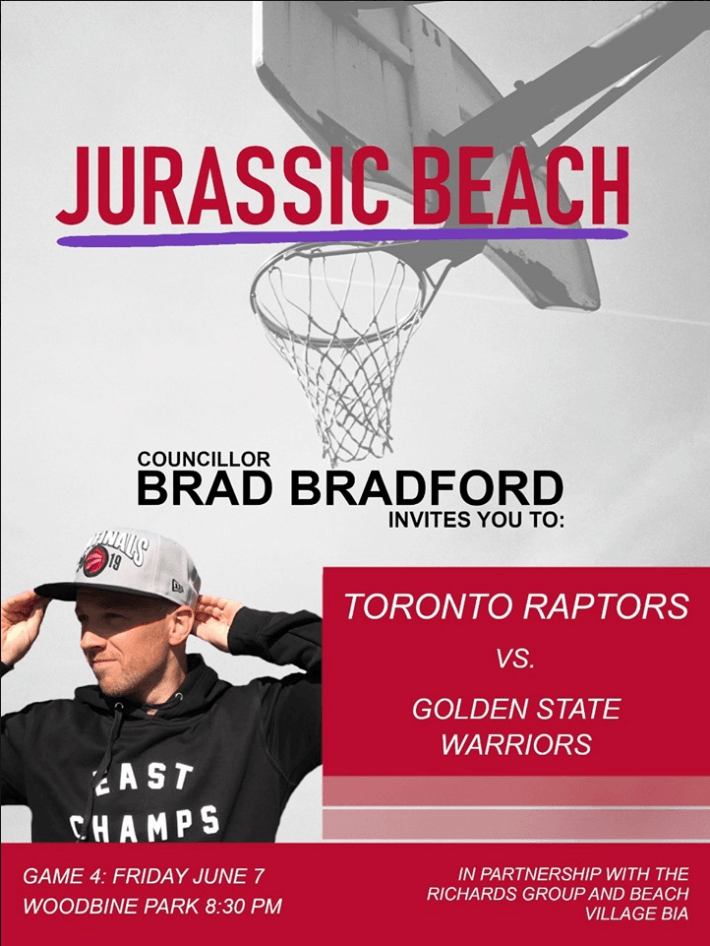