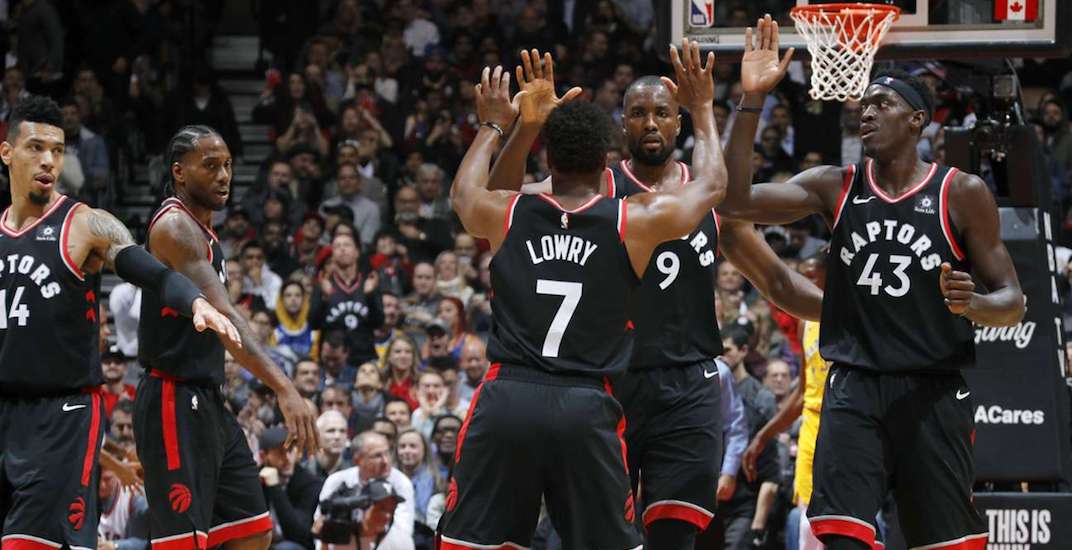 The Toronto Raptors have grabbed the attention of all of Canada.

Thursday’s game against the Golden State Warriors set a new Canadian viewing record. With 564,000 viewers on TSN, it was the most-watched regular season Raptors game ever for a Canadian specialty network.

A total of 1.9 million Canadians tuned in to some part of the game, while a peak audience of 961,000 tuned into the final minutes of regulation.

Those numbers don’t include viewers that watched nationally in the United States on TNT. The Raptors have become must see TV on both sides of the border, with a league-best 19-4 record.

KD gave Drake his jersey after his 51-point game in Toronto pic.twitter.com/0s89A6qusA

The 131-128 overtime victory was the first win by the Raptors over Golden State in over four years. Toronto overcame a 51-point effort by Kevin Durant, getting a season-high 37 points from Kawhi Leonard and a career-high 26 points from Pascal Siakam.

What’s extra impressive about the ratings is that the game was only seen on TSN 4, with TSN’s main channel dedicated to the Thursday night NFL football game.

The Raptors also had to compete with four Canadian NHL teams that were in action, including the Ottawa Senators, Winnipeg Jets, Edmonton Oilers, and Vancouver Canucks.