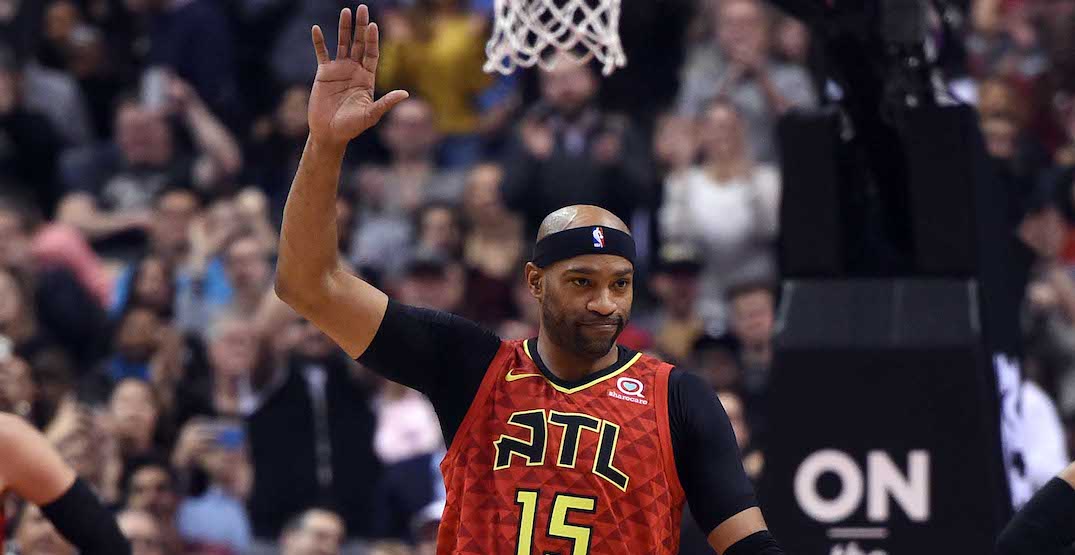 Vince Carter is looking to help local youth in Toronto.

The recently-retired Toronto Raptors legend, along with Paris Media Group, announced that they are starting the Vince Carter Scholarship and Mentorship Program.

The $25,000 scholarship will target high school students in grades 11 and 12 who express an interest in sports, music, film, fashion, broadcasting, media, science, technology, engineering, and math.

The application process has been made available to students starting in September 2021 and each year moving forward.

According to a press release, Carter strongly encourages Black, Indigenous, people of colour, females, and other underserved communities to sign up, although the scholarship is available to all. Students selected for the program will get to attend top-tier private schools that match their interests and passions.

J. Addison School in Markham, Ontario has been selected as the first participating school for the program launch.

The program will also help Greater Toronto Area post-secondary students at York University, Seneca College, and Ryerson University who are pursuing careers in the scholarship program fields. It will help by supplying summer jobs and internship opportunities for these students.

On top of the scholarship program, there are also auxiliary programs for 12 to 15-year-olds. These include summer camps and workshops with the aim to engage families to expand and explore the education and career perspectives of their children.

Moving forward, Carter plans to replicate this scholarship program in seven additional cities in the US, where he played during his NBA career.

This is not the first time the 44-year-old has given back to the Toronto community. He has previously held basketball camps for kids and golf tournaments, as a part of Carter’s Summer Jam program. That program received several hundred thousands of dollars for Vince Carter’s Embassy of Hope Foundation and the Raptors Foundation to benefit Toronto children’s charities during his time with the Raptors from 1998-2004.