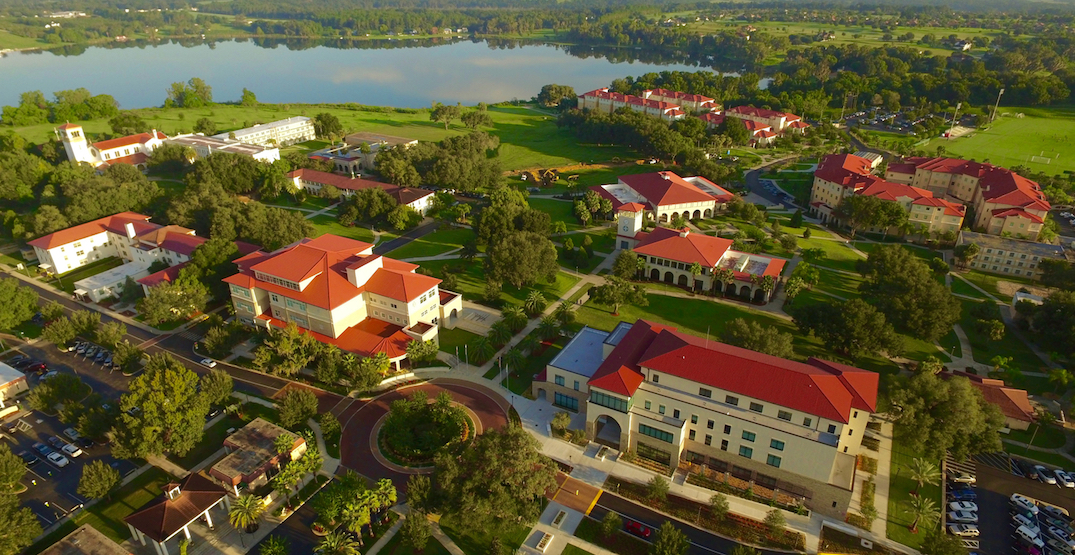 The Toronto Raptors will call Tampa Bay home for the upcoming season, and on Tuesday, they announced their training camp plans.

The Raptors, who travelled to Florida yesterday, announced that from December 1 to 11, they will hold individual workouts and training camp at Saint Leo University, a school home to 18,200 students 33 miles north of Amalie Arena in Tampa.

The Raptors will use the Marion Bowman Activities Center, home to the Saint Leo Lions NCAA Division II basketball teams, which have been unable to play due to COVID-19.

“We are excited to host the Toronto Raptors as they prepare for the start of their 2020-21 season,” said Saint Leo University Athletic Director Francis X. Reidy. “We are thrilled the Bowman Center can be ‘We the South’ for a few weeks while the Raptors prepare to play in Tampa this season. We have an outstanding basketball facility that will allow the team to accomplish their preseason goals in a safe, secure environment.”

Saint Leo University says it has maintained a “relatively low number of COVID-19 cases” among its student population and employees.

“Our university community has done exceptionally well during the pandemic. There is a culture of community here that is largely responsible for everyone following the precautions to mitigate the spread of COVID-19,” said Saint Leo University President Jeffrey Senese. “The Raptors can expect to be welcomed to a clean, safe, and secure facility where they can prepare for the season without any distractions. We are happy to host them at their temporary home at Saint Leo University, which will allow their season to have a successful start.”

Practices will, of course, be closed to the public, and no visitors will be permitted into the Marion Bowman Activities Center. Raptors players and coaches will continue to conduct media availabilities virtually.

Webster on Terence Davis being in camp after domestic violence allegations: 'At this point its a matter between the NBA and the union … sometimes it seems a bit unsatisfying but we have to respect that'

The roster also currently includes Terence Davis, who was arrested for allegedly assaulting his girlfriend in October. 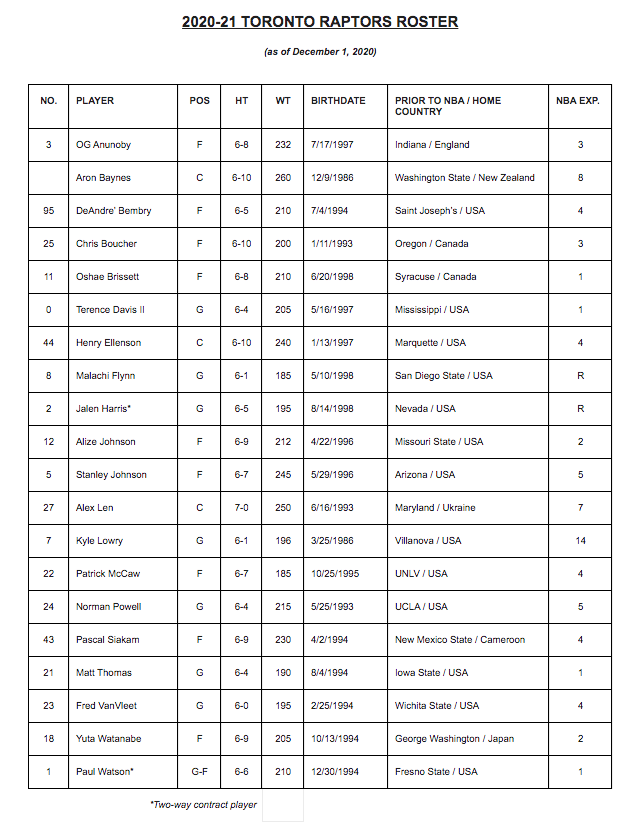 The NBA season tips off on December 22, though a detailed schedule has not yet been released. The Raptors begin preseason on December 12 on the road against the Charlotte Hornets.