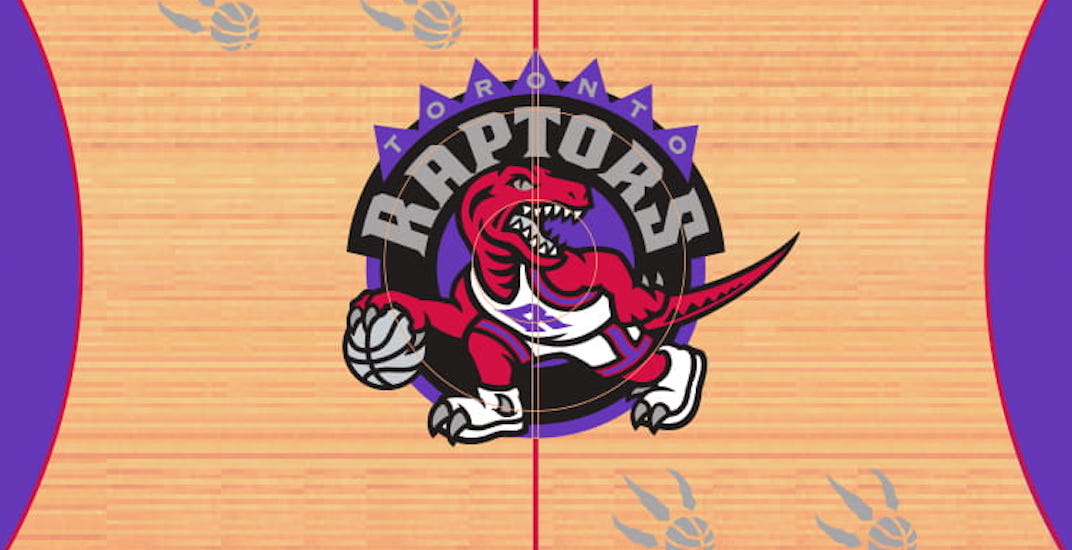 The NBA champion Toronto Raptors are bringing purple back from extinction next season, according to leaked images that popped up on Reddit on Friday.

Designs from multiple teams are available to see, including a retro Raptors court design. The Raptors were one of a few teams said to be unveiling ‘Classic Edition Courts’ for next season.

Here’s what the Raptors could play on for select games next season: 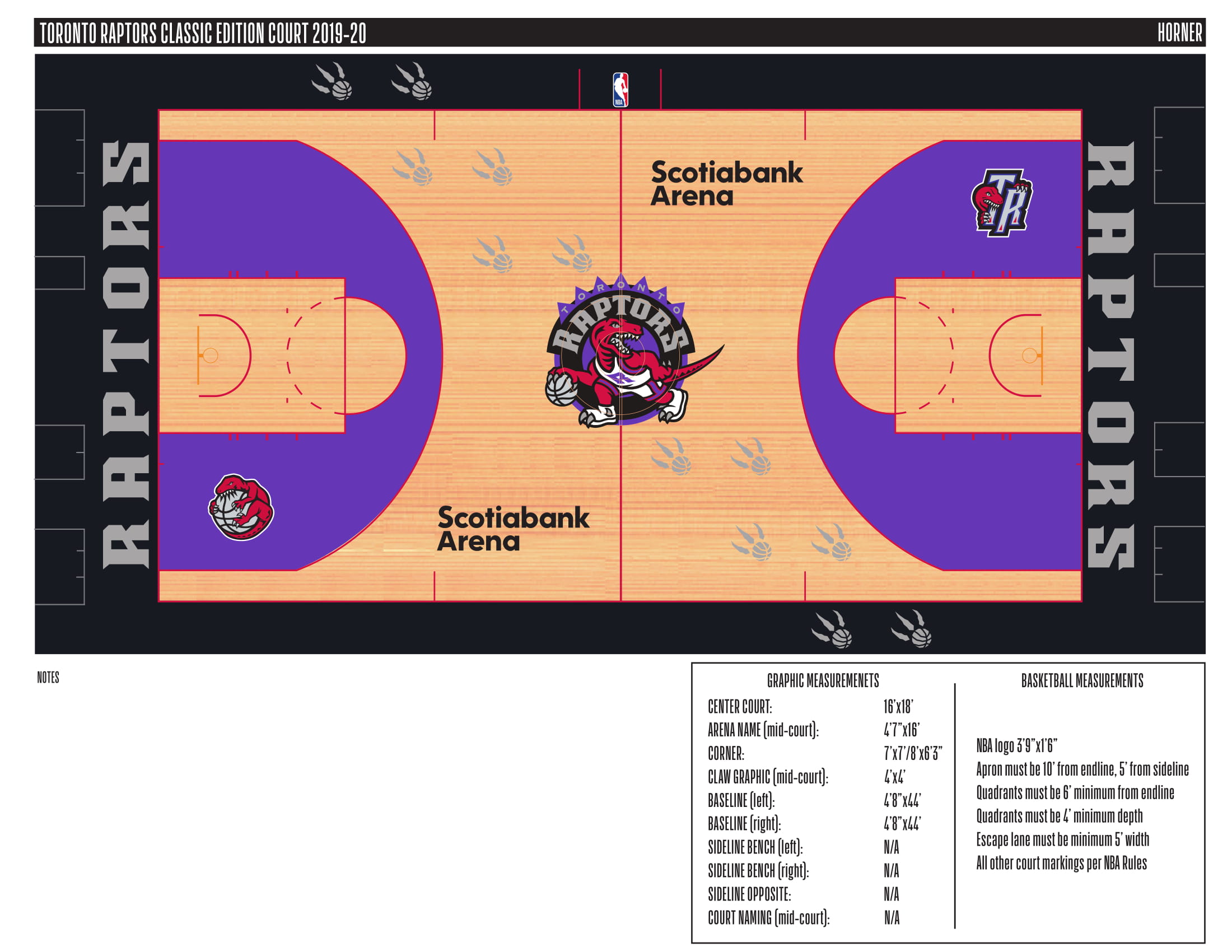 The court is a replica of the one used during the Raptors’ inaugural season at the SkyDome, as you can see below, complete with dinosaur footprints.

NBA teams typically introduce new court designs in conjunction with new uniforms, so expect to see matching retro uniforms added to the team’s growing list of jerseys in rotation next season as well.

Just to give you some context this was 1995 in Canada:

The decision to bring back the throwback uniforms would come at a good time, as 2020 will mark the 25th anniversary of the franchise. The 90s design is also back in style, with a number of fans rocking the old look again. Kyle Lowry even wore a Damon Stoudamire jersey at the championship parade.

Perhaps the Raptors will wear the retro uniforms when they play their expansion cousins from Memphis, who are bringing back teal Vancouver Grizzlies jerseys for select games. They will also be playing on a retro court for select games: 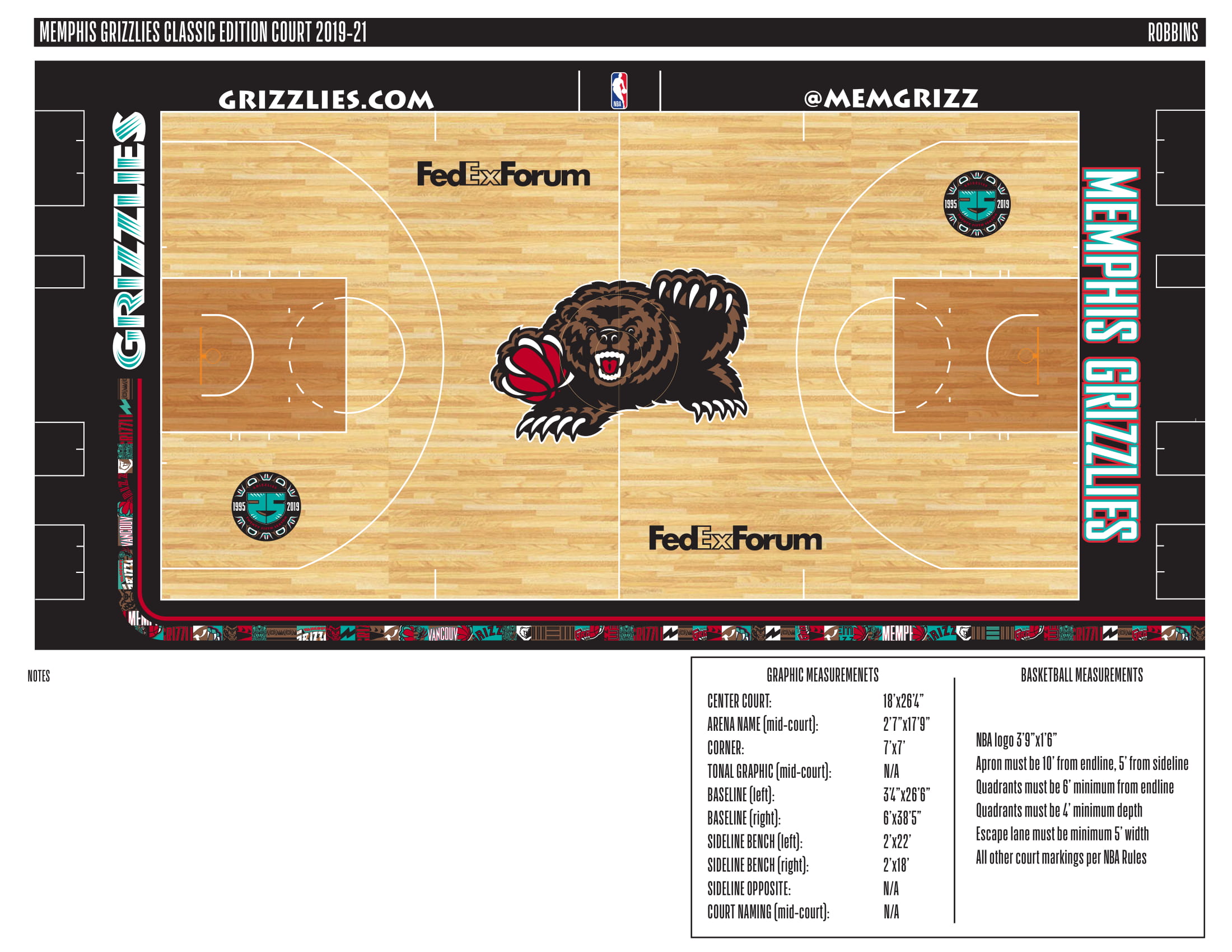 As will the Utah Jazz, according to the leak, with this Karl Malone/John Stockton era design: 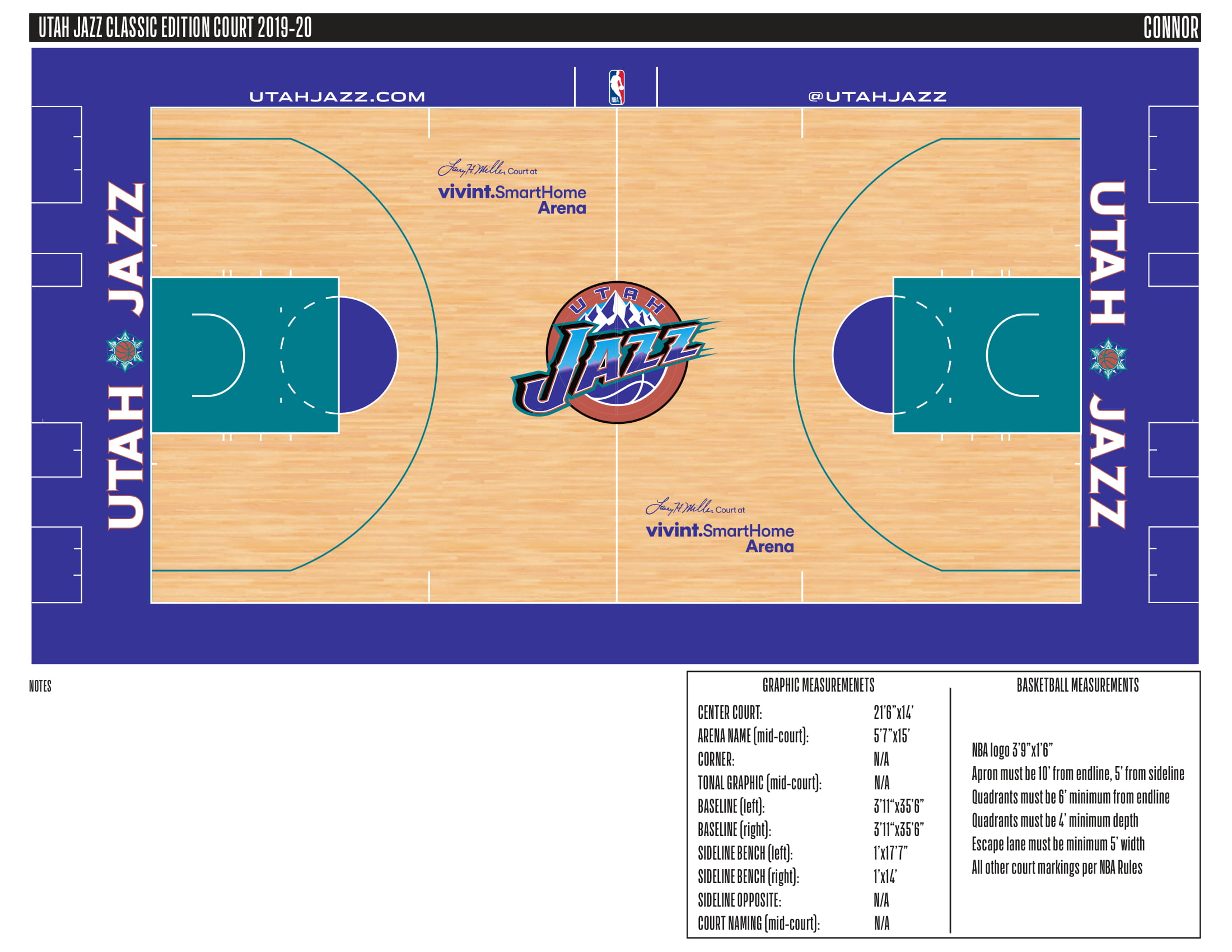 …what’s old is new again for Cleveland Cavaliers too, with this pre-LeBron era court: 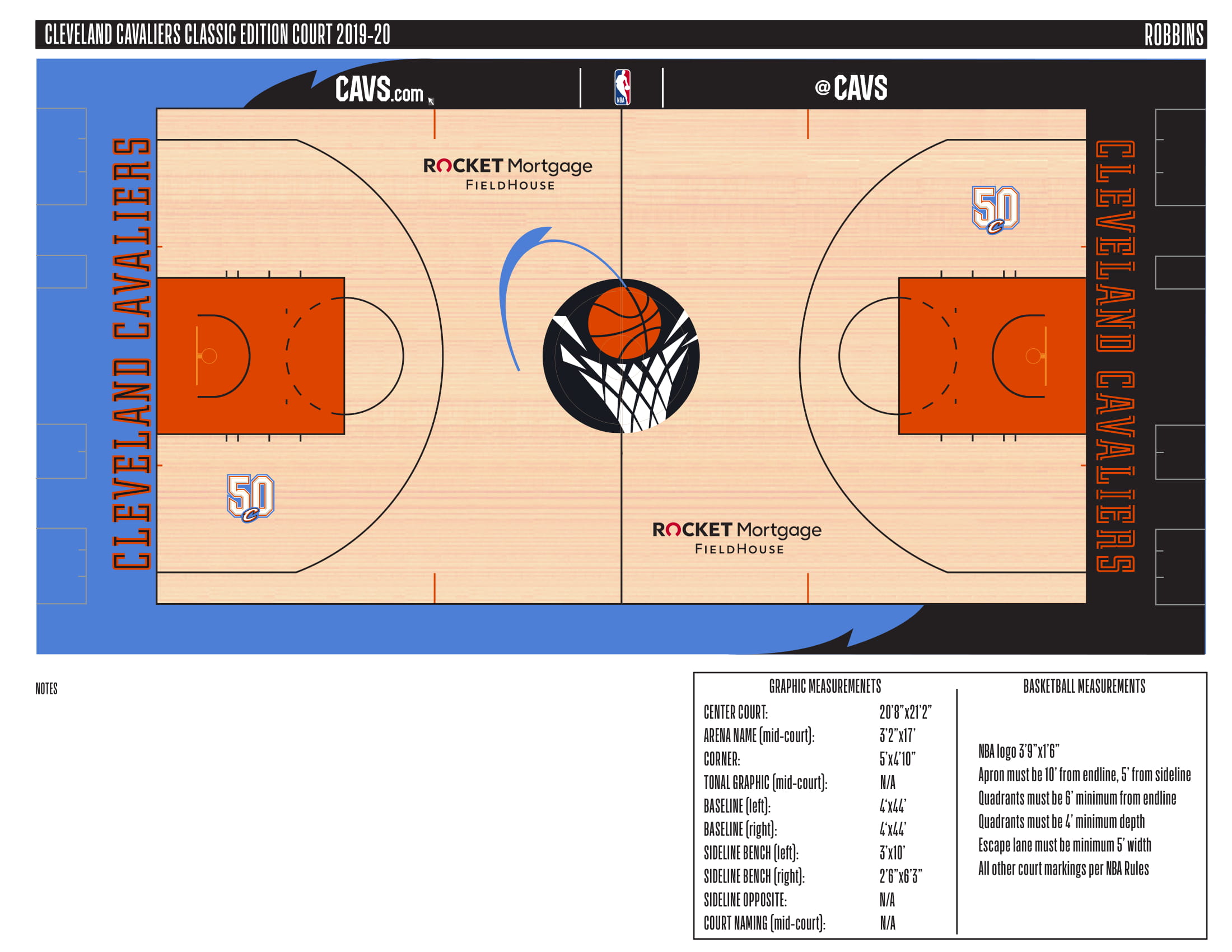 The Raptors court design and rumoured jersey addition isn’t official yet, but bet on an announcement coming before next season.