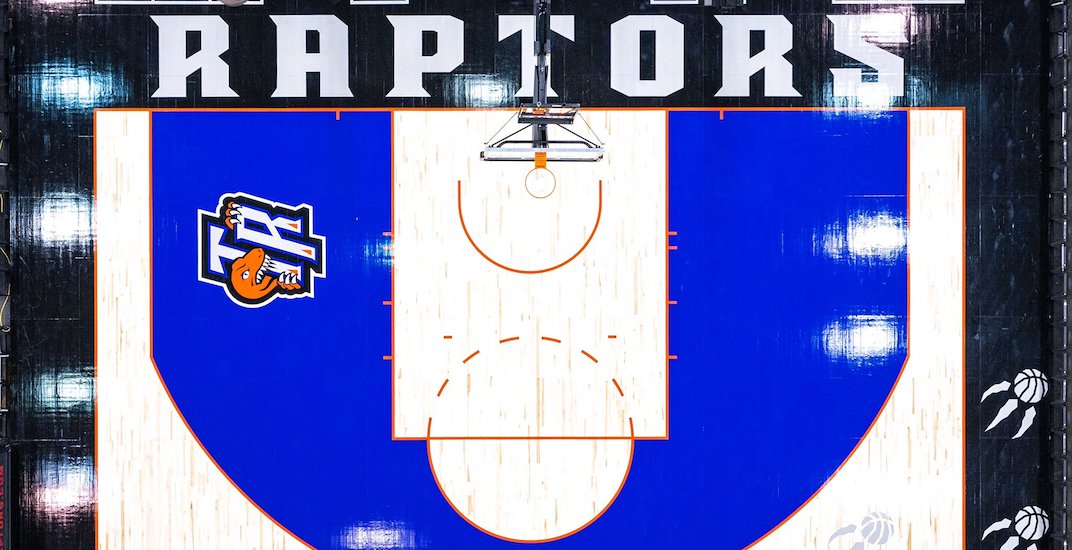 Tonight’s game won’t be played at the SkyDome, but just about everything else will have the look and feel from 1995.

A throwback court has been installed at Scotiabank Arena in time for tonight’s Toronto Raptors game against the Orlando Magic. And that’s not the only thing that’ll have a 90s vibe.

The court has the same design as the one the Raptors used during their inaugural season, played at the home of the Blue Jays.

Just to give you some context this was 1995 in Canada:

Raptors players will be wearing the same gear that Damon Stoudamire made famous, as the Dino jersey makes a comeback. The Raps will rock their original home white uniforms, with purple, red, and silver trim, for select home games this season. The Raptors kept this very 90s look featuring a basketball-playing dinosaur from 1995 to 1998.

So Fresh, So Clean. #WeTheNorth pic.twitter.com/3crCE3KJpP

It’s all part of the 25th-anniversary celebrations for the franchise this season.

After beginning the regular season with an overtime win at home on banner-raising night, the Raptors split their two-game road trip, losing in Boston on Friday but winning Saturday in Chicago. Their next two games are at home, tonight against Orlando and Wednesday versus Detroit, before a rematch of the Eastern Conference Finals Saturday in Milwaukee.