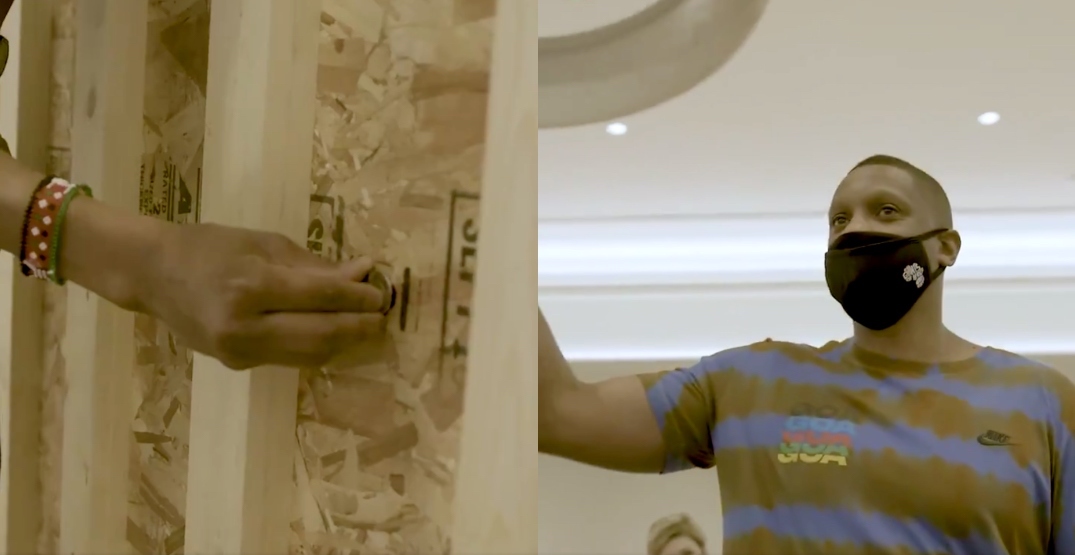 The Toronto Raptors have brought a good luck charm with them to Tampa Bay.

Back in 2019, a lucky loonie helped the Raptors win their first NBA championship. So for their drive for a second title, naturally, the team has introduced a lucky toonie.

Raptors President Masai Ujiri did the honours, placing a Canadian two-dollar coin onto a magnet underneath the team’s home court.

The little things to make it feel like home. #WeTheNorth pic.twitter.com/Fr8Uzwc6Pb

“This is for the Tampa Bay Raptor-neers,” Ujiri joked as he placed a toonie under the court.

The lucky loonie tradition began at the 2002 Winter Olympics, when a Canadian ice-maker secretly buried a loonie under centre ice in Salt Lake City. Canada went on to win the gold medal in both men’s and women’s hockey.

The trick worked once again in 2010, when a lucky loonie helped Team Canada to double gold in hockey in Vancouver.

The lucky loonie has some ties to the Raptors, too, as it was revealed that a Canadian one-dollar coin was hidden below the team’s home court during their run to an NBA championship in 2019.