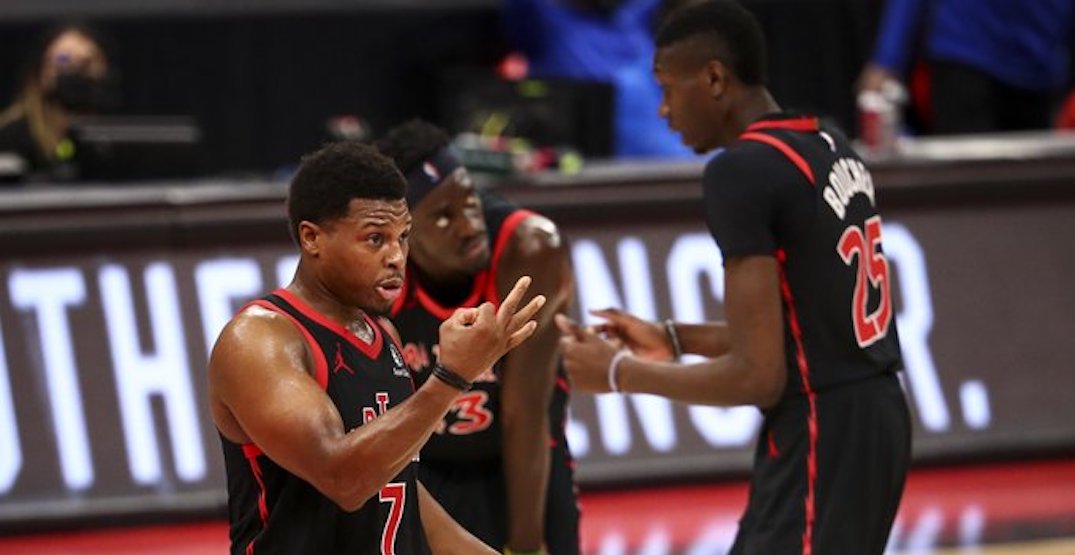 The Toronto Raptors could be without two of their biggest stars tonight.

Kyle Lowry and Pascal Siakam are both questionable coming into tonight’s game against the Miami Heat.

Lowry’s injury is listed as right foot soreness while Siakam is dealing with left groin soreness, according to TSN’s Josh Lewenberg.

Both players played 36 minutes each in their last game, a 111-102 loss against the Heat on Wednesday.

During that game, Siakam took a fall where he landed awkwardly and appeared to grab his groin area. However, he remained in the game after the fall.

Pascal Siakam landed awkwardly on his left leg on that dunk and reached for his groin area. Looked like he wanted to stay in, but getting attention on the bench now.

The Heat are also coming into this tilt without some of their top players.

All-Star Jimmy Butler headlines the list of players on the injury report for them. Avery Bradley and Meyers Leonard will not suit up for this game. Tyler Herro and Chris Silva are deemed questionable while Goran Dragic and Gabe Vincent are probable to play.

The Raptors had won three straight games before losing to the Heat as they started to turn their season around after their 2-8 start. The Heat were also struggling to start the season sitting at 4-7 before winning their last two games.

Both teams currently sit outside of the playoff picture as they look to move forward. The game will take place in Tampa, Florida at 7:30 pm ET on TSN.