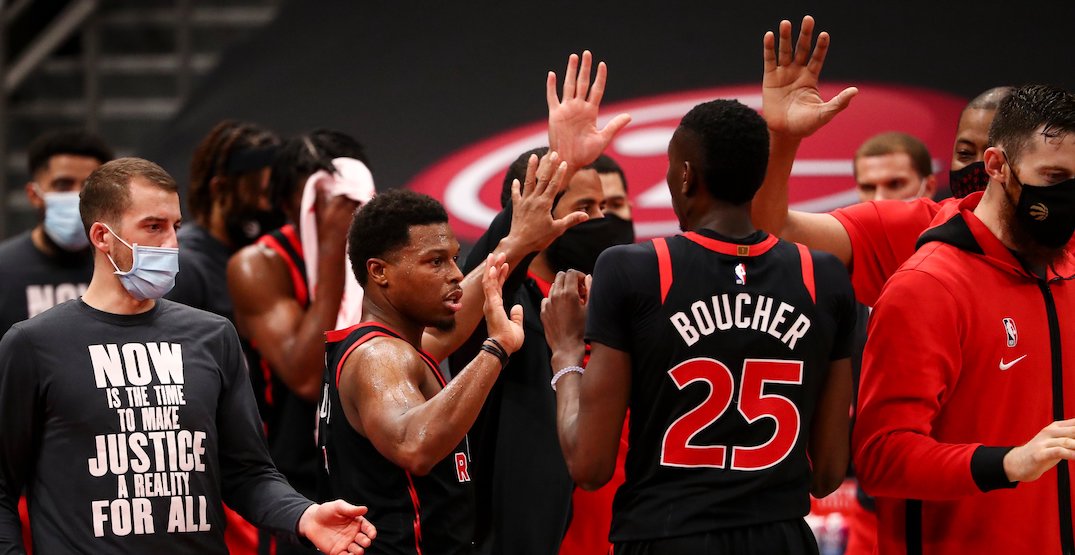 The Toronto Raptors are starting to turn their season around.

After their 2-8 start, the team looked stuck in the mud and ready to rebuild. The Raptors could not close games, and that was what led to their early demise. The pressure was on, particularly for Pascal Siakam.

However, over the past three games, the team has found something that works and won them games: their defensive identity.

During the Raptors’ most recent win against the Dallas Mavericks on January 18, the team held the Mavericks to their lowest point total all season and their lowest in a loss. Toronto held the Dallas star Luka Doncic to just 15 points on 36% shooting, and the Raptors held the entire team to 38% shooting from the field.

Coming into that game, Doncic was on a seven-game streak of 20-plus points and averaging 27.2 points per game for the season.

“I think we worked hard to limit (Luka’s) touches somewhat,” Raptors head coach Nick Nurse told reporters after the game. “We did do some blitzing to take it out of his hands… We did a decent enough job to move multiple bodies in front.”

The team has moved from the basement of the league and now are just one game from a playoff spot in the early part of this condensed season.

“I think we are just getting better,” Kyle Lowry said. “I think we are getting more comfortable with what we are trying to do offensively and defensively.”

Many individual players have played well with OG Anunoby being top three in the league in steals per game and Chris Boucher also in the top three in blocks per game. However, the surprise bright spot on the team has been the play of Stanley Johnson.

“We’re playing basketball, we're not going to give each other hugs"

“If anybody watched last year with me trying to figure out the system, it was pretty bad,” Johnson said. “I feel like I’m just getting it to where I can do it at a consistent level.”

Johnson guarded Doncic in the game and held up well, reinforcing his good play and the play of the team’s entire defensive structure.

“The fact that you guys think I’m guarding him by myself is a good thing,” Johnson said. “We play some of the best team defence I’ve been around in my career so far. It’s pretty easy playing one guy with five guys.”

The Raptors will look to keep their winning streak up as they prepare for a “home” game in Tampa against the Miami Heat tonight at 7:30 pm ET/4:30 pm PT on Sportsnet One.