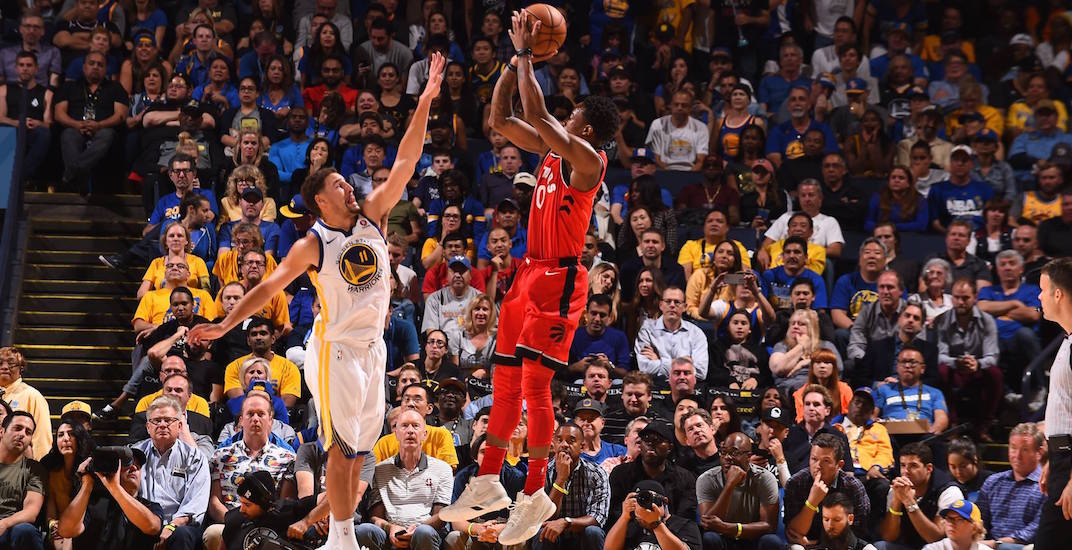 There’s plenty to celebrate in Toronto these days.

With Tuesday night’s win over the Denver Nuggets, the Raptors have found their way into the second best position in the NBA standings, much to the surprise of some who have felt constantly undervalued around the league.

Before the season began, most projections had the Raptors finishing around fifth or sixth in the Eastern Conference. With just seven games left in the regular season, the Raptors are now first in the East, with a comfortable 3.5-game lead on the Boston Celtics.

The Raptors also have a 10.5-game lead on the Cleveland Cavaliers, the team that swept them from last year’s playoffs.

Perhaps most astonishing though is the fact that the Raptors are now ahead of the NBA’s ‘super team,’ the defending champion Golden State Warriors.

They’re all looking up to Toronto right now.

Fans woke up Wednesday morning and couldn’t believe their eyes.

When you realize that the @Raptors wave more wins than the warriors pic.twitter.com/BSpGAdRuue

Good morning, the Toronto Raptors have a better record than the Golden State Warriors

As of now, Raptors would have home-court advantage in an eventual Toronto-Golden State Finals.

You didn’t see that coming.

If the #NBAPlayoffs started today the @raptors would have home court advantage over the @warriors. Did anyone see that coming?#WeTheNorth

Had no idea raptors now have a higher win% over the warriors.

The raptors have a better winning percentage than the warriors. i never would have expected this going into the season

The @warriors will still make the finals…. where they'll meet the @Raptors… and the Raptors will have home court advantage #WeTheNorth #speakitintobeing

If the Raptors manage to win just two of their last seven games they’ll break the franchise record for most wins in a season that was set two years ago.