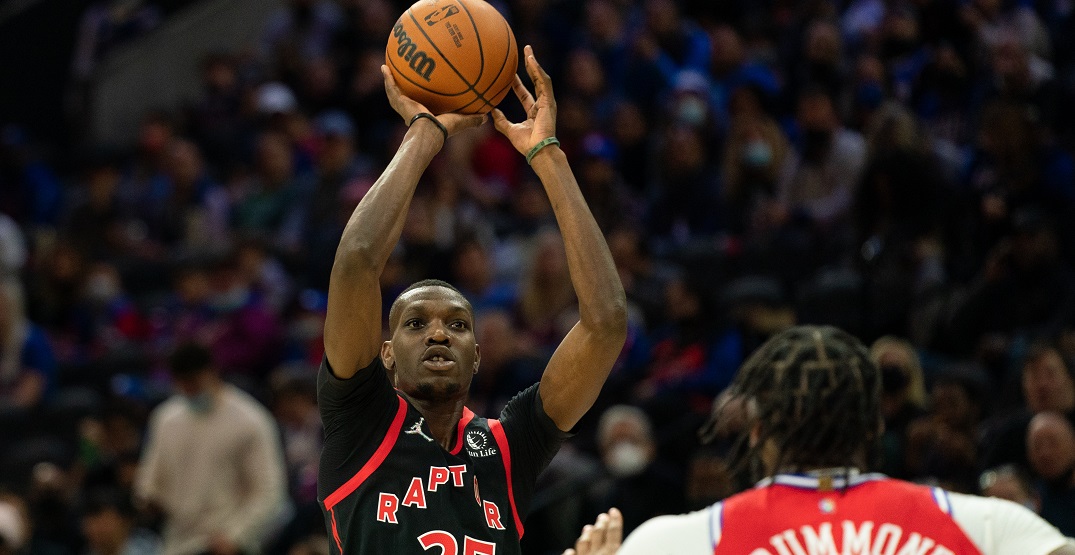 Toronto Raptors forward Chris Boucher has been through just about everything in his NBA career.

Many NBA players follow a somewhat linear path, seeing their minutes and stats have a steady uptick from year-to-year. In a way, that’s the case for Boucher, who the Raptors picked up on a two-way deal in the 2018-19 offseason.

In the Raptors’ championship year — Boucher’s first with the team — he played 28 games in the regular season but just a total of four minutes in the playoffs. A year later, Boucher made 62 appearances while also suiting up for seven playoff contests in 2019-20.

In a 2020-21 season where the Raptors played the entirety of their home schedule in Tampa, Boucher put up a career-high 13.6 points in 60 games, including 14 starts.

“I went from, you know, not playing to getting a couple minutes, to having one of my best offensive years,” Boucher said.

But while Boucher’s stock was rising over the course of last season, it’s been admittedly up-and-down through Boucher’s first 36 games this year, and he is averaging 18.3 minutes and 8.5 points this year, nearly six minutes and five points per game less than a year ago.

“It’s just a learning experience,” Boucher said following Tuesday’s 98-95 loss against the Phoenix Suns. “This year I came in and was a little bit all over the place.”

Boucher, who turned 29 on Tuesday, is actually the second-oldest active Raptor.

Boucher has been challenged in the media by head coach Nick Nurse to remain in the team’s rotation. In eight games this year, Boucher has seen less than 10 minutes of action, with younger players like Precious Achiuwa or Khem Birch being favoured when available.

Boucher’s tendency to sell out for a big play on either end of the court can sometimes lead to a frustrating headcase for Nurse when he misses a seemingly easy defensive assignment.

“I didn’t see any up,” Nurse said three games into the season when asked about Boucher’s up-and-downs. “He needs to start playing better. Period.”

And though the Raptors’ six-game win streak came to an end last night, Boucher is taking the positives from keeping the game close against a team with the NBA’s best record. He personally managed 13 points and 16 rebounds, the latter of which was his second-highest total this season.

In the last seven games, Boucher has made just one three-pointer on 14 attempts. He’s shooting just 22% from beyond the arc, a career low. But the lack of long-range shots dropping isn’t flustering Boucher, as he’s found other ways to contribute to the team.

“At first, it was like all I needed was to hit a three to be happy,” Boucher said. “But right now, blocking a shot, getting the steal, and all those things… those make me feel the same way and it helps the team a lot more.”

The 6’9″ Boucher is tied for the tallest listed height with five other Raptors, but comes in at just 200 pounds. Despite his leaner frame, Boucher said he’s up for the challenge of defending whatever’s thrown in front of him.

“I’m not scared of anybody,” Boucher added. “Whoever’s in front of me, I try to do the best job ever. And like I said, a lot of people [are] bigger than me, but I’m in the fight… [I have] the will. I do like doing the hard work.”

Sure, the Raptors have been dealing with a number of COVID-19 cases that Boucher’s been fortunate enough to avoid, but he’s also found his way into averaging over 25 minutes a game over the last month. And it seems like the hard work has been paying off in Nurse’s eyes.