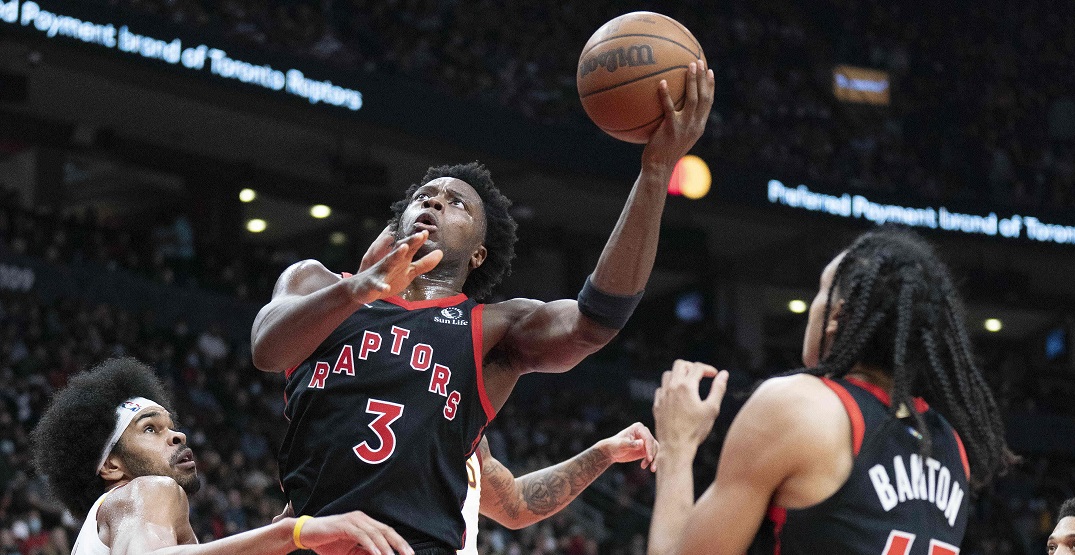 Toronto Raptors forward OG Anunoby probably isn’t getting along too well with NBA referees these days.

Anunoby has taken on a big leadership role on the offensive end with the Raptors this season, as he’s first on the team with 18.7 field goal attempts per game.

But Anunoby feels he isn’t getting the proper respect from the league’s referees this year. In his last five games, Anunoby has put up exactly 100 field goal attempts, but earned just seven free throw shots in the process. All seven of those calls came in Monday’s matchup against the New York Knicks, meaning Anunoby hasn’t gone to the free throw line in four of his last five games.

Anunoby, who is averaging a career-high 20.6 points per game this season, implied he’s just got to keep playing hard, and the foul calls will come.

“[I have to just] keep going. They’re gonna eventually have to start calling [fouls if I] keep getting hit. They have to… I hope.”

Up next for Anunoby and the Raptors is a big test against one of the Eastern Conference’s top teams. James Harden and Kevin Durant of the Brooklyn Nets are headed north of the border for a Sunday clash with the Raptors.

Tipoff between Toronto and Brooklyn is set for 3:30 pm ET.