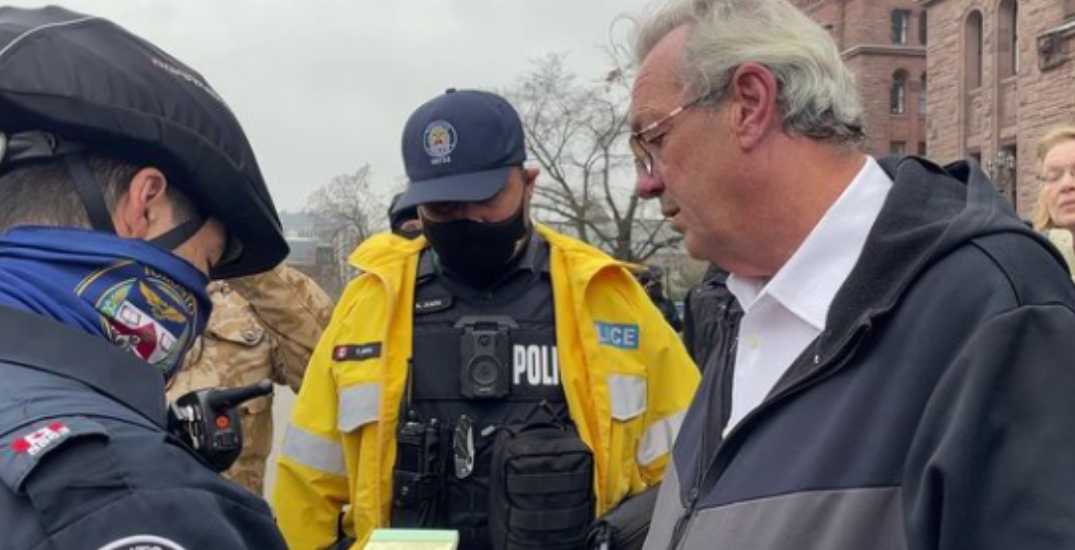 Ontario MPP Randy Hillier and several of his children have been charged for hosting an anti-COVID-19 lockdown “mask burning party” earlier this month.

The Ontario Provincial Police (OPP) said officers from its Grenville County detachment attended a large gathering outside of a business in North Grenville on April 8.

Police said approximately 200 people were in attendance at the gathering.

Following an investigation, the OPP charged four individuals, including an organizer and the business, under the Reopening Ontario Act (ROA) on April 29.

An OPP media relations spokesperson confirmed to Daily Hive that Hillier was one of the individuals charged.

One of Hillier’s sons also confirmed the charges on Twitter, noting that several of the MPP’s children were charged as well.

Hiller advertised the “mask burning party” on his Instagram page earlier this month, identifying the business as South Branch Bistro.

The restaurant clarified on Facebook that the name of the event was “just a joke” and not intended to be taken seriously.

“We won’t be burning masks… just metaphorically,” they wrote.

Video shared on social media following the gathering shows Hillier confronting OPP officers as attendees chant “get out” and “freedom.”

Ontario is under a Stay at Home order until at least May 20. While the order is in place, outdoor gatherings are only permitted with members of the same household.

The OPP said its Grenville County detachment is still investigating the gathering, and more charges may be laid at a later date.