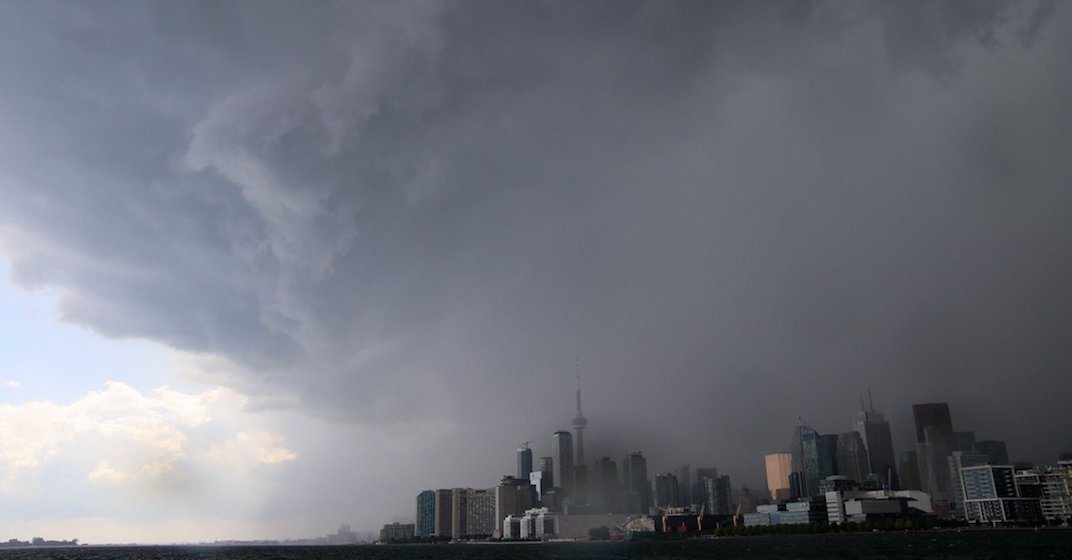 Environment Canada has issued a special weather statement for Toronto ahead of “significant rainfall” that’s expected to hit the city Friday night.

According to the statement, rain is expected to begin in the late afternoon or early evening, and then ease up and evolve into snow Saturday morning or afternoon.

Total rainfall amounts of 15 to 25 mm are expected, and the frozen ground combined with a thin layer of snow will mean reduced rainfall absorption.

Local ponding on streets may occur, the statement says, particularly where storm drains are covered by snow or ice.

A chance of flurries carries into Sunday, when a high of 3°C is expected with nighttime temperatures of -2°C.

Monday, Tuesday, and Wednesday will get progressively chillier each day, with temperatures of 1°C, 0°C, and -1°C respectively.

Tuesday and Wednesday may see flurries as well, while only clouds are expected on Monday.