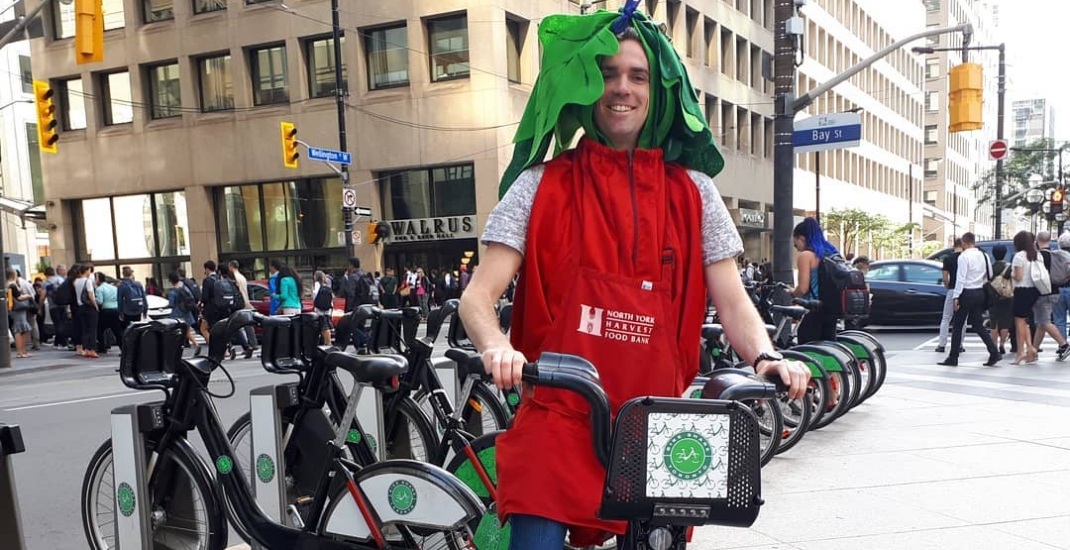 His campaign, which kicked off earlier this summer, sees him commute to work dressed as a radish for every $1,000 raised.

Having raised more than $7,000 now, he’s done the “radish commute” seven times and has well surpassed his initial goal of raising $2,000, or 6,000 meals, for his neighbours in need.

Best of all, he’s documented his journey on all forms of transit via Instagram. You can contribute to the crudité campaign online to help ensure more radish sightings in the city.