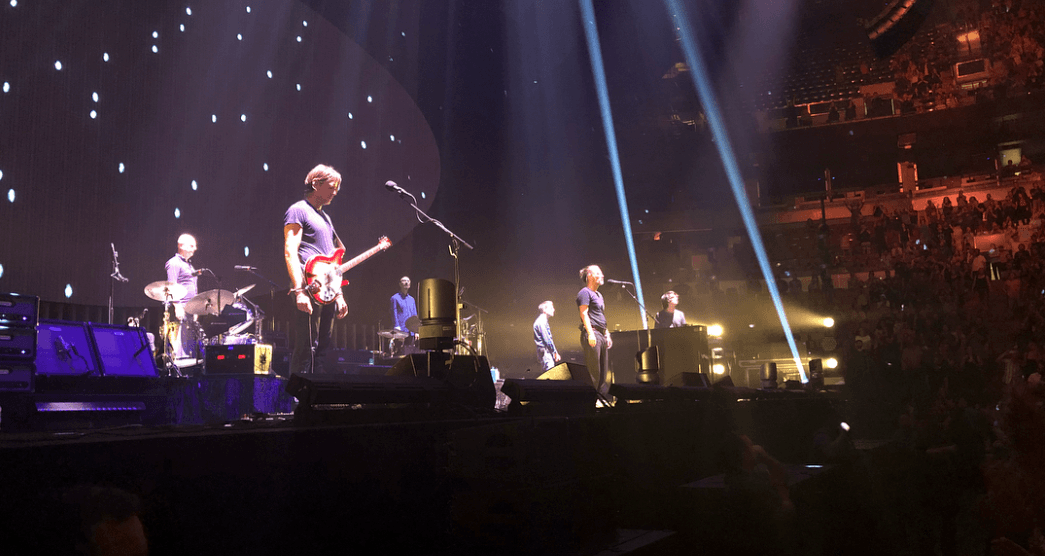 It was their first show in Toronto in six years, and Radiohead did not disappoint.

Playing their first of two sold-out shows at the Scotiabank Arena on Thursday night, the usually quiet lead singer, Thom Yorke had a few words to say about the city. Last night’s concert marked the band’s first Toronto appearance since a deadly stage collapse forced the cancellation of their concert at Downsview Park in 2012.

“Six years ago, we wanted to do a show in Toronto,” Yorke said, before their last song. “The stage collapsed, killing one of our colleagues and friends. The people who should be held accountable, are still not being held accountable. In your city, the silence is fu*king deafening.”

Following his words, there was an attempt at a moment of silence. And while it was mostly respected by the crowd, a few decided to interrupt by shouting and cheering, while other fans just yelled, “shut up.”

The silence was broken when the band began playing “Karma Police.”

They play a second show at Scotiabank Arena in Toronto tonight.