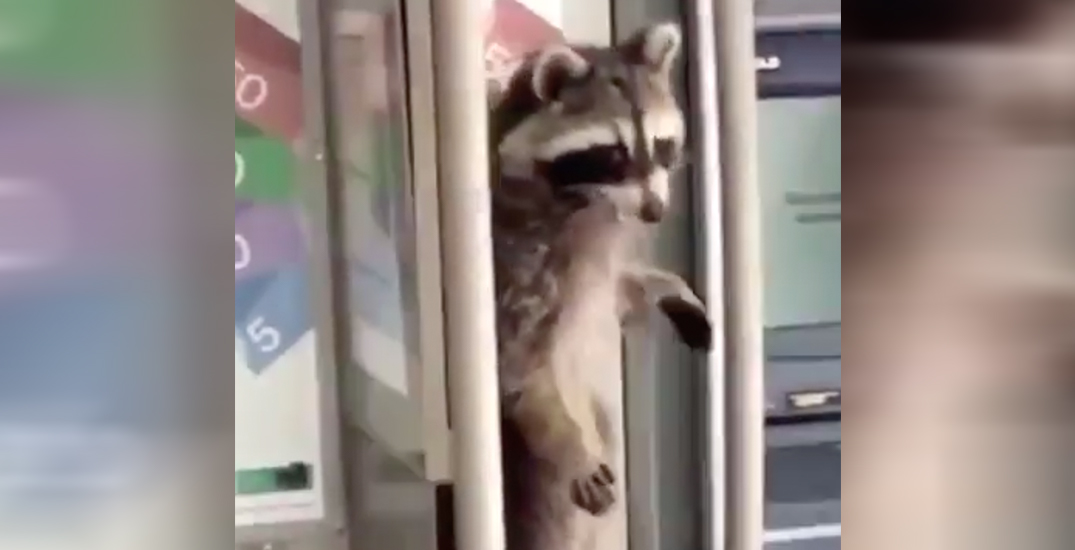 A Toronto raccoon was recently caught banking at a local bank machine. Yes, you read that correctly.

Next time you’re at an ATM, you may want to make sure a raccoon doesn’t see your PIN because raccoons apparently bank in the city now, too.

Rochelle Clarke visited the TD bank, when she captured the video of a raccoon inside. The critter was seen climbing the ATM, interacting with fellow customers, and having an apparently difficult time finding its way out of the establishment.

“He’s got more money than me,” Clarke said jokingly, in the video.

Although they’re known to be nocturnal, this particular raccoon didn’t seem to let the daylight stop him from taking over TD.

We’ve all heard stories about the city’s raccoons. In May, a rare Albino raccoon was seen in Toronto. Right before the new year, a family of ten chubby raccoons made themselves at home inside a Toronto residence. And now, raccoons are banking.

Was the raccoon depositing its CERB cheque? Taking out a mortgage? Or just trying to make some friends?