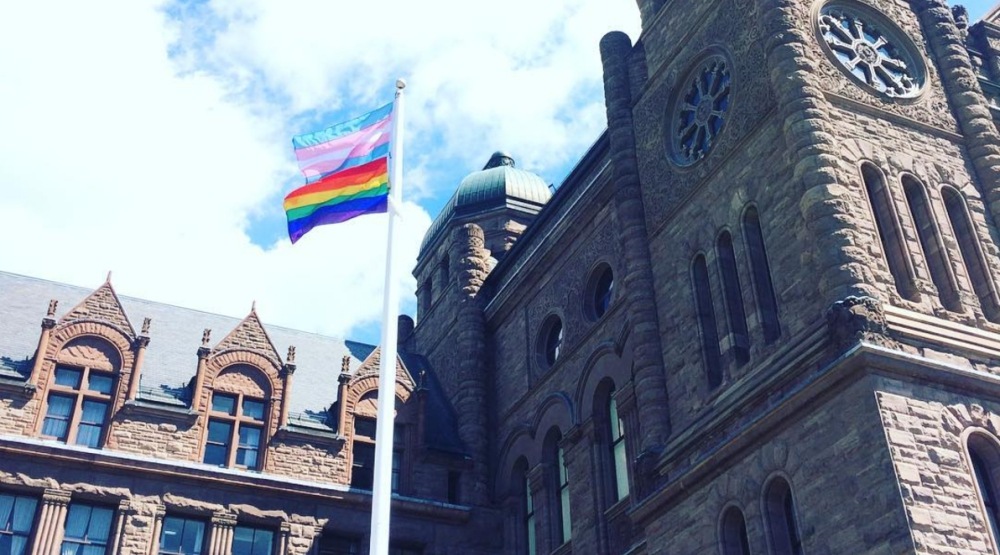 For the first time in Toronto history, Queen’s Park has raised the transgender flag during Pride month.

Stripped with blue, white and pink, the flag was raised yesterday, June 19 with Premier Kathleen Wynne in attendance and joins the rainbow flag flying over the Ontario Legislative Building.

Pride and trans flag raising at the legislature! Happy Pride!

Celebrating pride month by watching the trans and rainbow flags being raised at the Ontario legislature today. It was great to see leaders of the three political parties come together to advocate for diversity, inclusion and equality in our beautiful province #pride #transrights #loveisloveislove #support #ontario #ally

The trans flag is also currently flying over Toronto’s City Hall for its sophomore year. It was first shown at a pride parade in Phoenix, Arizona in 2000.

The Transgender Pride flag was designed by transgender activist Monica Helms in August of 1999 and made its first public appearance at the Arizona Pride Parade in 2000. The flag employs traditional colours for boys and girls (blue and pink) as well as the “white in the middle is for everybody else who has non-defining gender, neutral gender, however, they feel that the don’t fit in either one of the gender binary spectrum.”