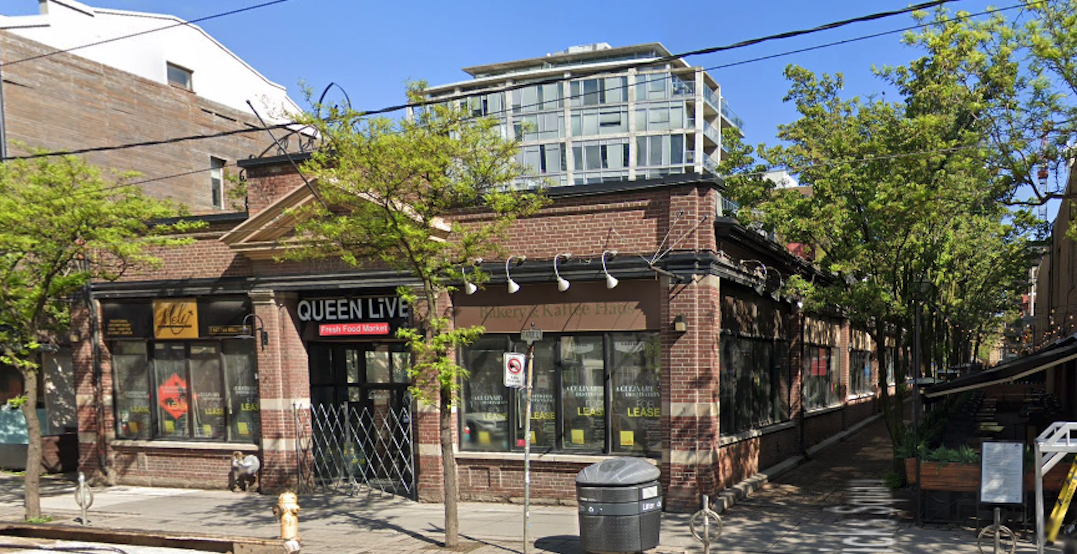 One of downtown’s most well-known empty spaces has been given a new lease on life, as its ownership will soon be returned to the City of Toronto.

Located across from the well-known Much Digital Studios at Queen and John Streets, the space with the Queen Live Fresh Food Market signage is looking at change.

“After decades of neglect, historic St. Patrick’s Market in the heart of downtown on Queen St will be returned to the City of Toronto,” reads a tweet by Toronto City Councillor Joe Cressy.

A response from Councillor Adam Vaughan states that the lawsuit to reclaim ownership of the space began in 2008 — nearly 12 years ago.

“Now we can use the site to make sure affaordable [sic] nutritious food is made available in the community,” Vaughan’s tweet says.

The food court made headlines in 2017 when footage of mice dining on baklava prompted DineSafe to shut down vendors on the premises.

The evidence of pests led for Meli Baklava and Chocolate Bar, Gushi Japanese Street Food, My Sandwich, Panino Cowboy, and The Jerk Joint to shutter, after receiving red cards citing the infraction “operator fail to prevent a rodent infestation,” and, in some cases, various other infractions of ranging in severity were also noted.

Then, in February 2018, it was announced by the property managers that the heritage property would finally undergo a serious transformation. At the time, the development was accepting vendor applications online, but that website is no longer active.

While it can’t be said for certain what the space will be used for now, Vaughan’s aforementioned tweet about affordable, nutritious food might offer a solid hint.