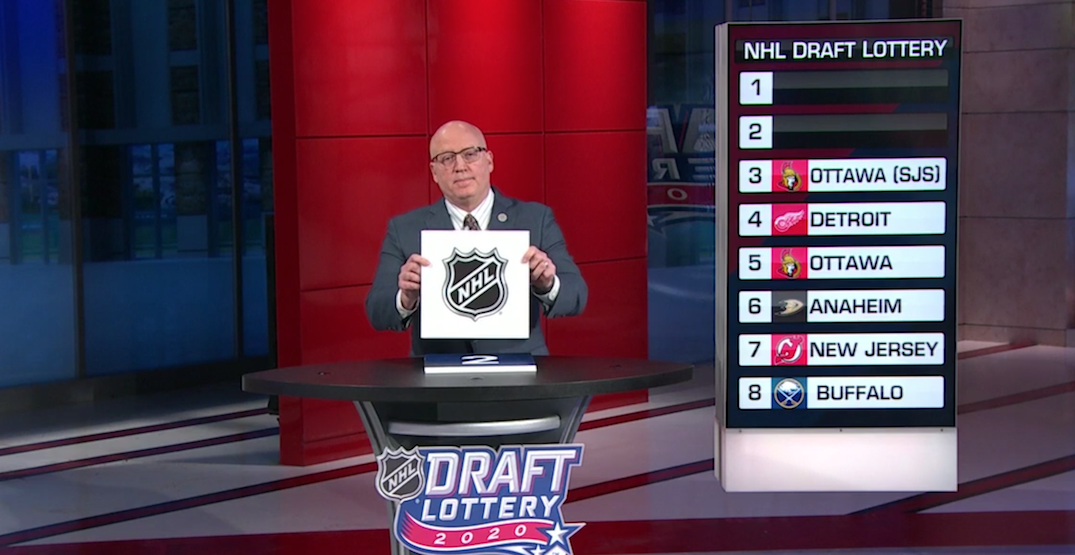 The NHL held its annual draft lottery today, and yet we still don’t know who will pick first overall this year.

The eight losing teams from the qualifying round will be entered into the second lottery, each with an equal (12.5%) chance of winning the right to pick consensus No. 1 overall pick Alexis Lafreniere.

That could be a team that finished as high as the Pittsburgh Penguins (7th overall in the NHL standings) or as low as the Montreal Canadiens (24th).