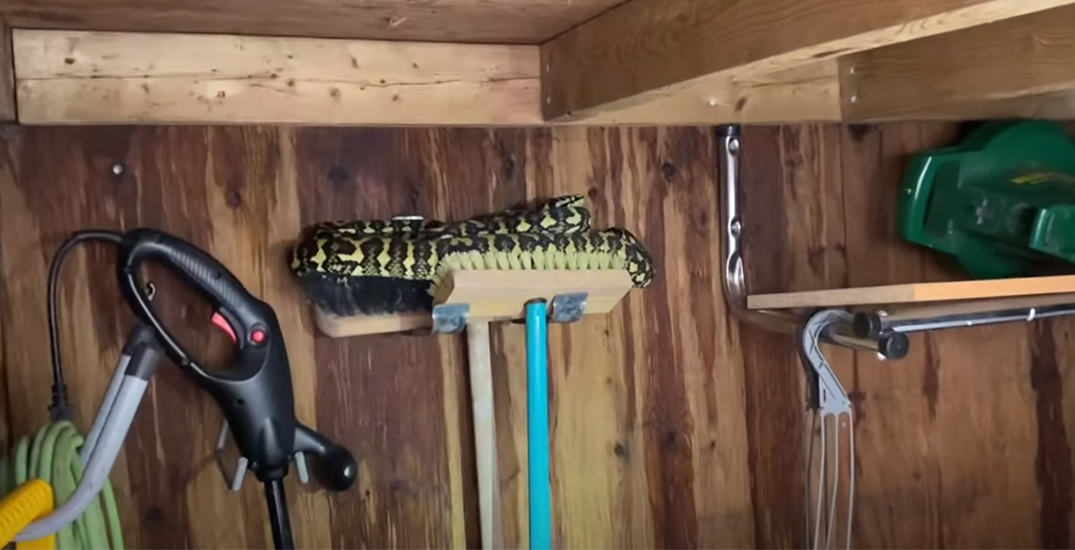 Next time you go to grab your lawn mower out of the shed, be sure to check for snakes.

Last week, Gates Wildlife Control responded to an emergency call from a Scarborough resident after they found a large snake inside of their shed.

“Our customer sent us a photo and we knew we had to respond immediately as this snake should not be [wandering] the neighbourhoods of Toronto,” Gates Wildlife Control said.

The business’ president and supervisor arrived on the scene shortly after receiving the call to find a sizeable Carpet Python laying on top of some brooms in the homeowners shed.

Gates Wildlife Control estimated the serpent to be approximately five and a half to six feet long.

Pythons are arboreal snakes, meaning they like to get on top of things to survey their surroundings, which makes sense, as the snake perched at the apex of the shed rather than hid in the corner at ground level.

According to Gates Wildlife Control, this species of snake is not native but was probably someone’s pet who escaped and slithered its way outside.

The wildlife control company has since taken the Carpet Python to a facility that will care for him.

Normally sheds are used to store away outdoor living products like ladders – not snakes and ladders.