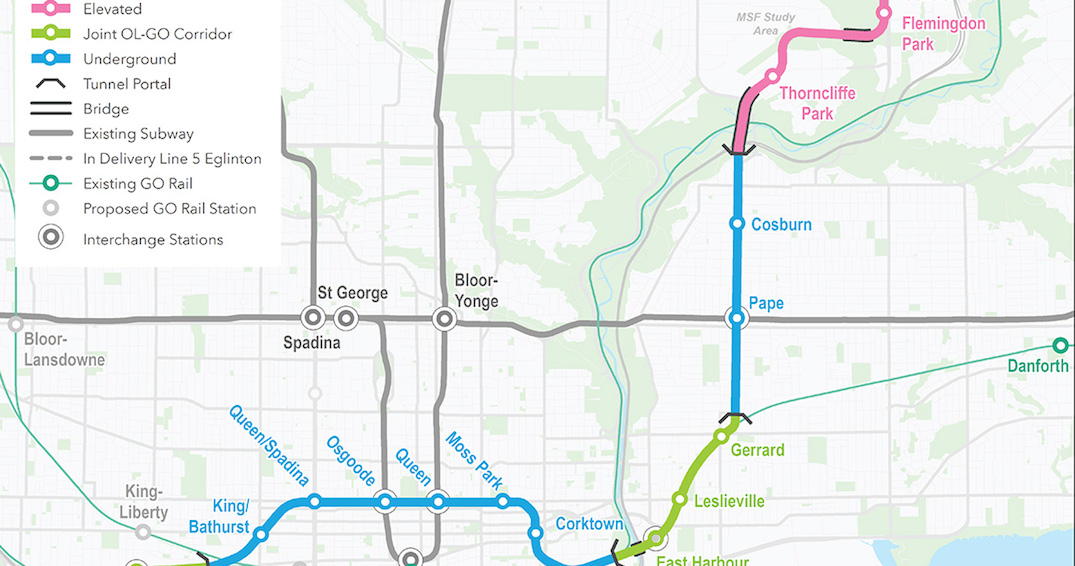 The provincial government is advancing to the next stage in developing the Ontario Line Subway Project.

On Thursday, the Ministry of Transportation said the province has issued two Requests for Proposals (RFPs) for procurement packages to design, build, finance, operate, and maintain the Ontario Line project.

They also released the Preliminary Design Business Case for the project.

Following the Request for Qualifications (RFQ) process that began in June 2020, shortlisted teams are now invited by Infrastructure Ontario (IO) and Metrolinx to bid on two RFP packages.

The first package includes designing, building, financing, operating, and maintaining the subway trains, communications and train control systems, a maintenance and storage facility, and the fare equipment that will be integrated with the PRESTO system. 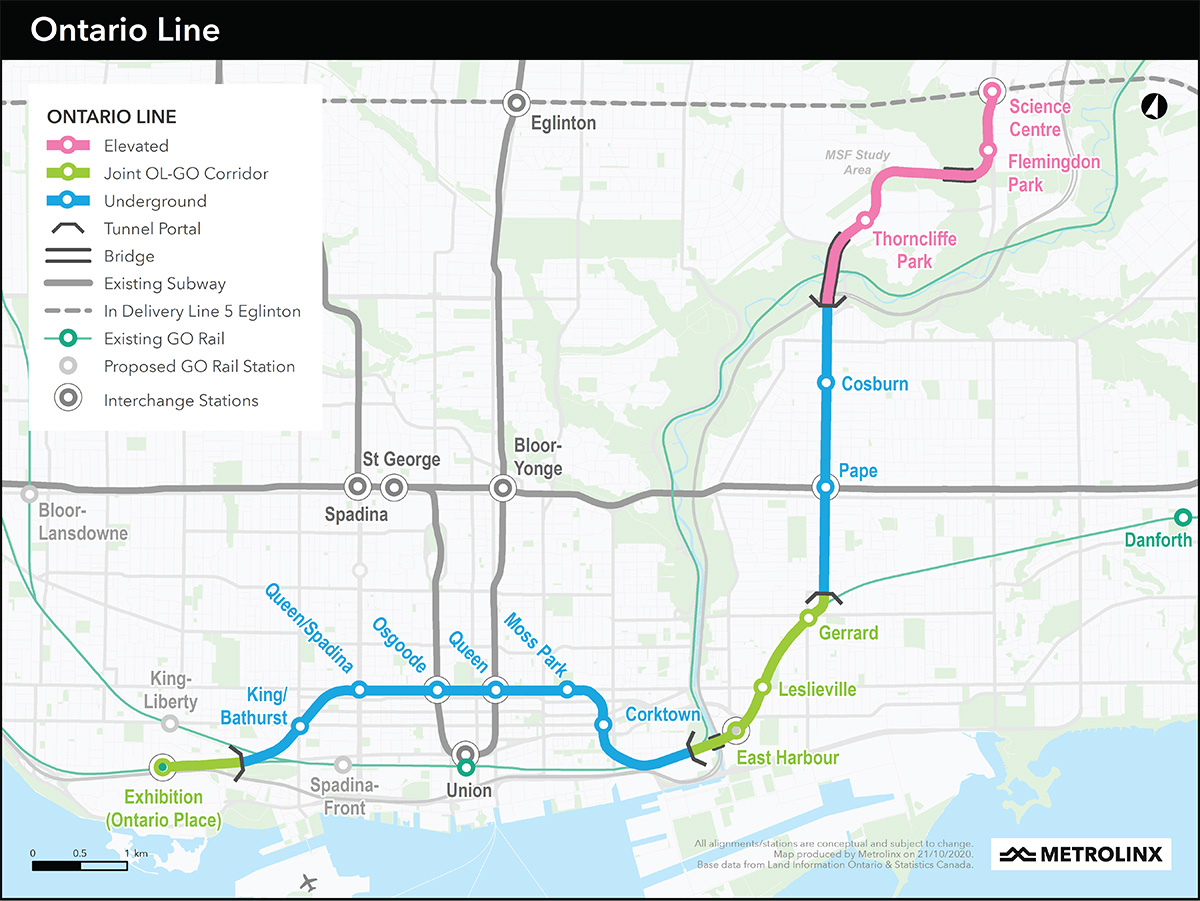 The second package includes designing, building and financing the tunnels and transit stations for the southern segment of the line from Exhibition Place to just west of the Don River. It also includes utility and conduit work and building structures to prepare for track installation.

The release said, after evaluating the proposals received, IO and Metrolinx expect to award these contracts in 2022.

“The COVID-19 pandemic has had a devastating impact on our economy, and major transit projects like this will contribute significantly to our recovery by stimulating future growth and job creation.”

The province also said the issuing of the RFPs was accompanied by the release of the Preliminary Design Business Case for the Ontario Line, which offers a more detailed look at the project’s design, reflecting feedback from residents and businesses. Some of the benefits noted in the business case include faster travel and increased transit access and capacity.

The Ontario Line Preliminary Design Business Case also highlights the economic benefits of this project with a forecast of over 4,700 construction jobs per year between 2020 and 2030, followed by continued employment after 2030 for the subway line’s operations and maintenance.

In addition, the business case estimates the Ontario Line could put more than 255,000 people within a 10-minute walk of a new Ontario Line station and serve up to 388,000 trips each day by 2041.

However, the Ontario Line has experienced backlash due to the delay with it being done in 2030, the added costs, and for scrapping the relief line previously being worked on.

“Today’s report reveals that Doug Ford is failing to deliver on his promises. Riders will be waiting until 2030 for the train line to be complete, the line will provide far less service, and the trains will be far smaller than promised,” NDP MPP Jessica Bell said in a statement.

“What’s so tragic is the relief line – the plan Ford scrapped – was ready to go. All levels of government were on board, and shovels were supposed to hit dirt in 2020. I fear that delayed and cancelled transit projects are going to be Ford’s legacy.”