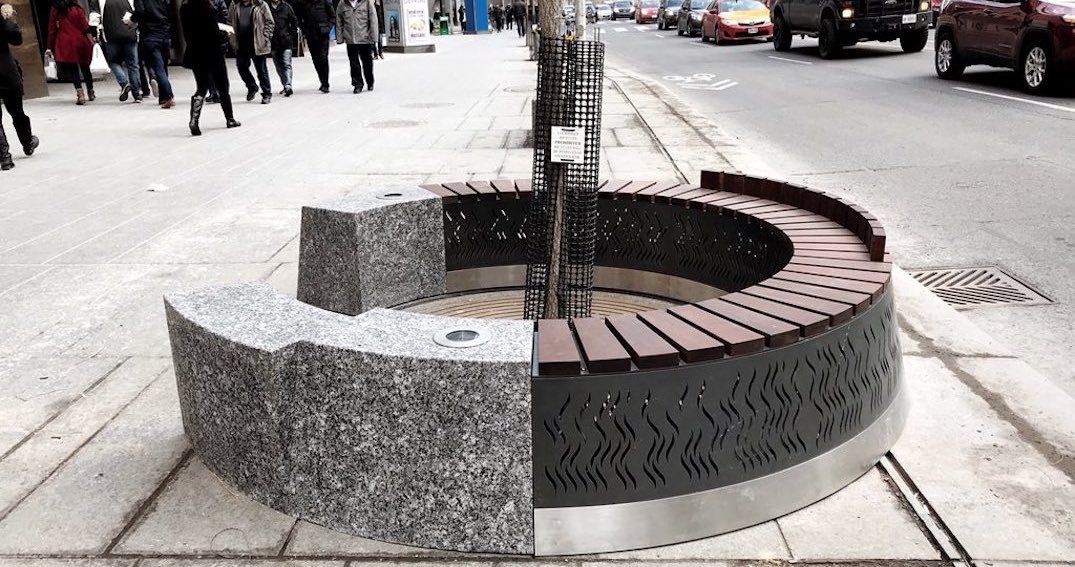 It’s the first bench of its kind, and it’s at the intersection of Bloor and Church.

Design firm DTAH unveiled a prototype for a new bench last week, and they say that it’s inspired by the idea of “an urban fire-pit.”

The circular bench on Bloor Street has a lighting feature, and a small wood backrest on part of it. 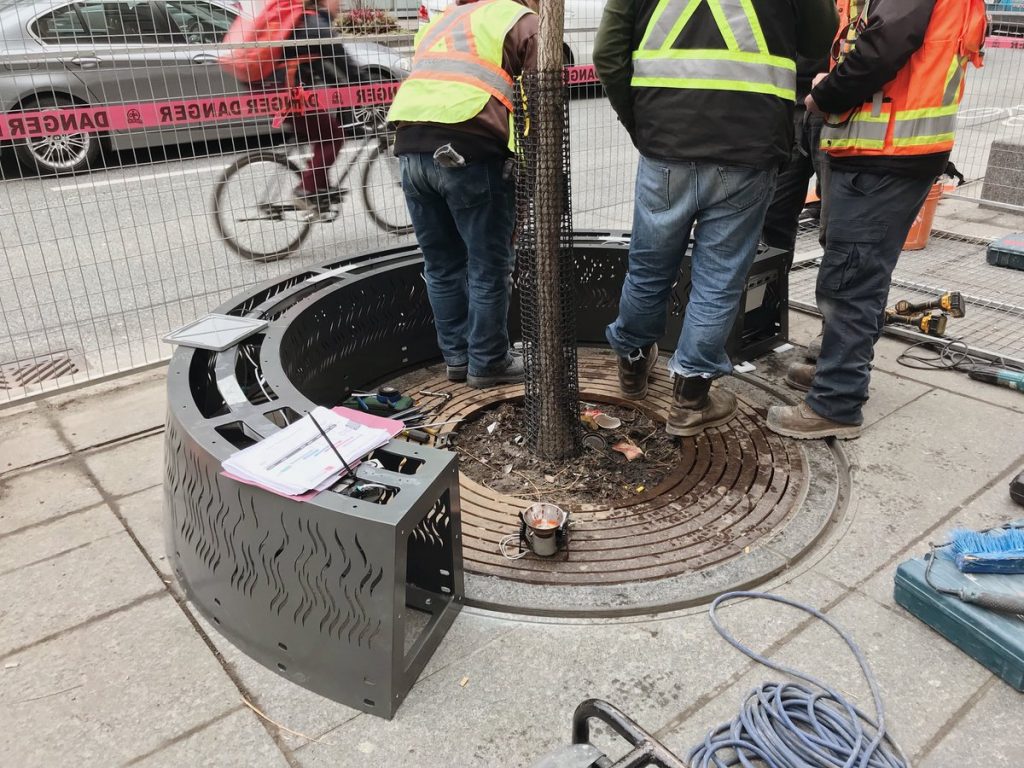 “The back rest is provided to prevent people from sitting too close to the road and entering into the range of moving vehicles,” explained DTAH in a tweet. “The opening is directed towards the sidewalk side of the street to engage people on that side.”

For most Torontonians who don’t look up from their phones while walking or sitting, this maybe a way to get us interacting with each other more.

The circle is centred around an elm tree that was planted a few years ago.

“Fear not, the bench sits above a soil cell system to prevent compaction of the tree roots,” DTAH tweeted. 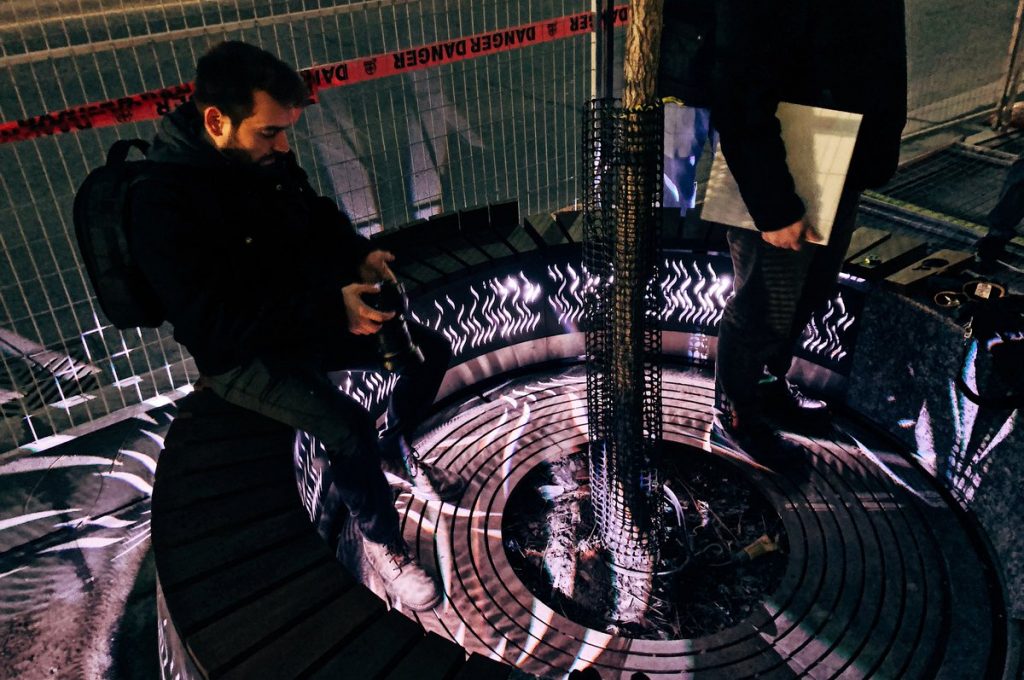 But as this is a prototype, the designers expect there will be changes. They are taking public input before moving forward further with the project.

“This is just the mock-up design,” said DTAH. “We’re excited to see how people react to the circular bench design, and will improve as needed in the future.”

We’ll keep you posted as the designers continue to work on the prototype, and where the next bench might be spotted in the city. 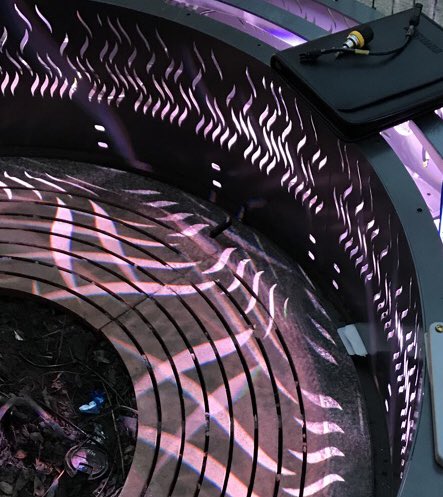