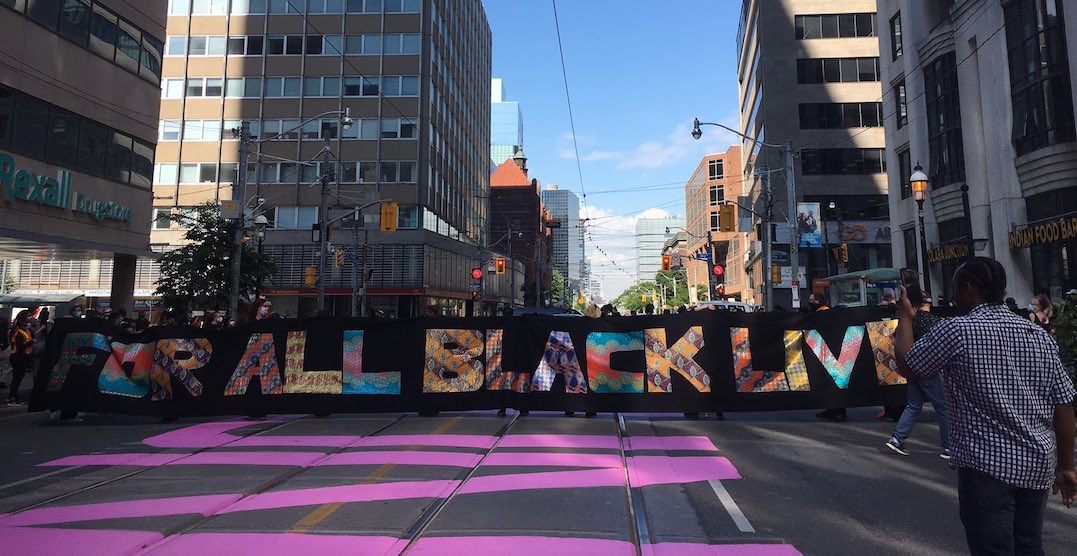 The stretch of College Street in front of Toronto Police Headquarters has been painted with the words “Defund the Police” ahead of a Juneteenth anti-racism rally planned today.

Juneteenth — June 19 — honours the day of the emancipation of enslaved people in the United States.

Advocates from Not Another Black Life have organized a sit-in that’s scheduled to take place from noon until 6 pm, beginning at College and Bay Streets and ending at City Hall.

The event is described as a peaceful sit-in, in celebration of freedom and liberation, “with demands to defund the Toronto police to abolishing the police.”

Organizers encourage attendees to bring food, water, sunscreen, and energy, and they say that participants will be practicing social distancing. Masks are requested, and anyone who is sick should stay home.

Toronto police say they are aware of the demonstration.

“Everyone has the lawful right to peacefully protest,” law enforcement posted to Twitter Friday morning.

DEMONSTRATION:
**9:17 am**
– We are aware of a demonstration planned in the downtown core today.
– Everyone has the lawful right to peacefully protest.
– College St is closed from Yonge Street to Bay Street#PeacefulProtest #Toronto #Canada #GO1126550
^ep2

Black Lives Matter Toronto shared a video of individuals painting the street with the message to defund the police early Friday.

Also painted on the street are the names of victims of alleged police violence. 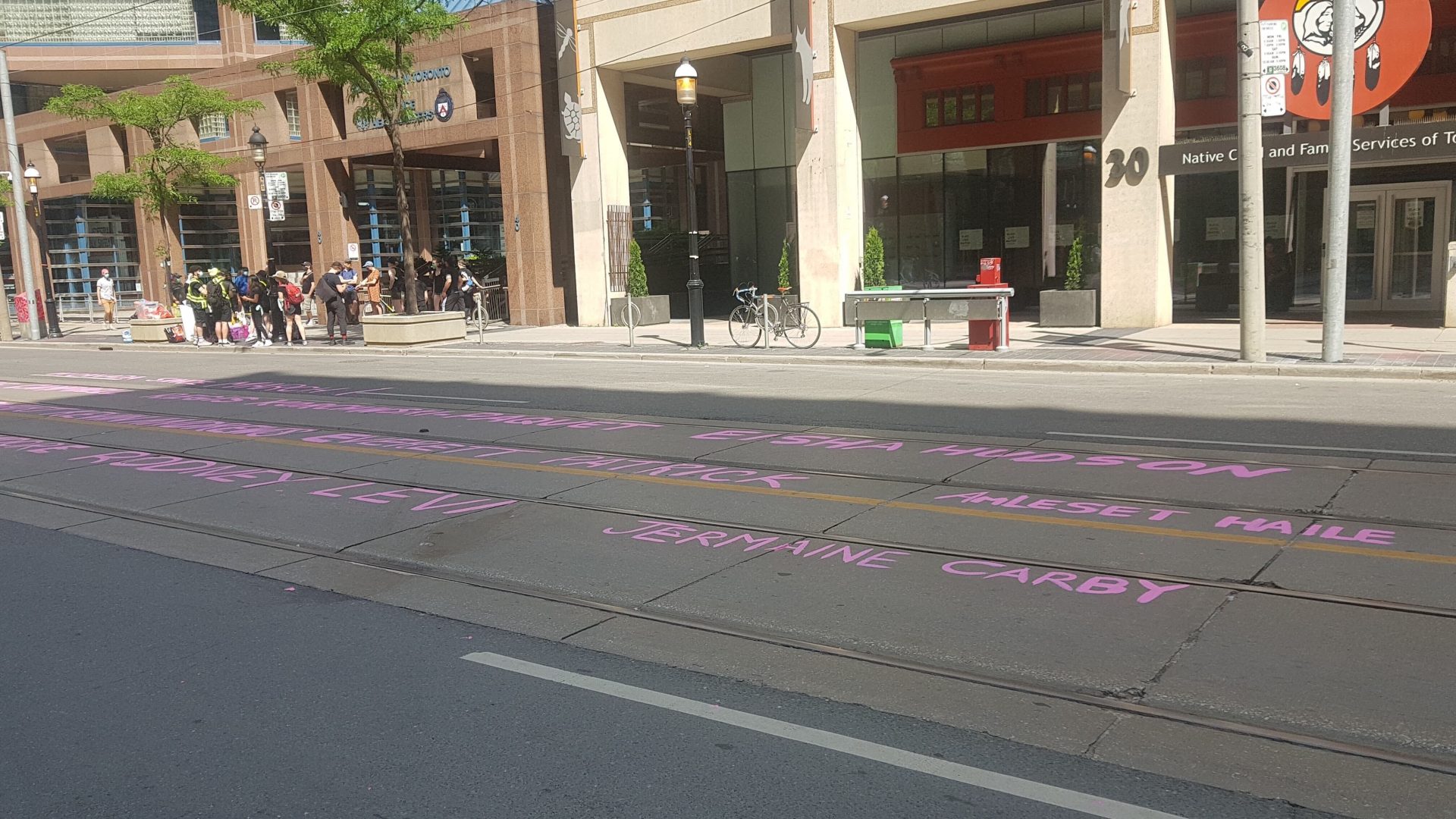 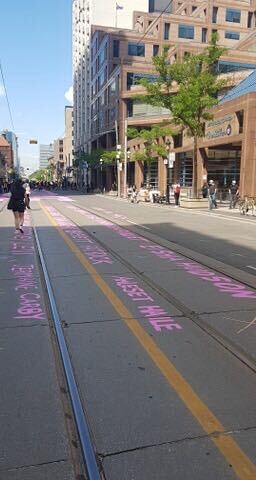